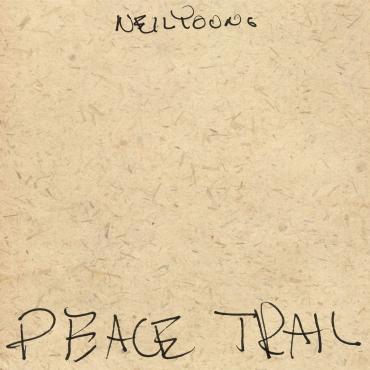 It has been too easy in recent years to dismiss Neil Young as an eccentric crank, to quit paying attention.  As topical and timely as its material may be, Peace Trail (out Dec. 9 on Reprise) is as close to classic Neil in sound as you’d ever hoped to hear again. The title song that opens the album mentions “a trip back home,” where “something new is growing.” Home, in this case, would seem to be the same point on the musical map he first visited on Everybody Knows This Is Nowhere, only instead of Crazy Horse along for the ride, he has the bare-bones rhythm section of the great drummer Jim Keltner and young bassist Paul Bushnell.  Keltner takes full advantage of all the space in the arrangements—punctuating but never overplaying—with Bushnell providing solid support, stepping out with the walking bass on “Show Me.” With Young’s electric guitar and harmonica squall sounding like forces of nature, the musical dynamic has an organic immediacy, as well as an urgency that gives “Indian Giver”  (released earlier to raise awareness for the Dakota pipeline resistance) and the xenophobia-evoking “Terrorist Suicide Hangliders” more power than some of his recent diatribes.  Even as he sings that he’s “lost in this new generation” in “My Pledge,” he sounds like he’s found himself. 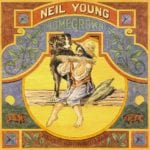