5 Reviews in 10 Sentences… or getting around to things on my desk by J. Hayes

Many of my pieces center around artists or new albums that are brought to my attention by my friends and colleagues in the music industry. I refer to both the beautiful new indie world and the mainstream music industry that does from time to time still produce great music.
The larger percentage of my reviews and interviews are hand picked and simply driven by my love of a certain artist and/or excitement about a new record. A luxury that I afford myself as a result of this, is that I never write about something unless I am excited about it.
Sometimes, however, an album will come to me directly from an artist or band that I have no real connection with. I try my best to give, at least, the old “A&R listen” to a project, even if it takes a few months to work it’s way up in the queue.

The following ten sentences worth of reviews come from sources as diverse as the music itself. One of the artists, PC Munoz, came to my attention via my dear friend Ingrid Chavez, who also makes an appearance in the following reviews for an album recorded years ago with ex-husband David Sylvian and only just officially released on Chavez’s own Ten Windows Records. PC contributed the “Hydraulic Boom-Bap” remix for Ingrid’s By The Water Re-Imagined EP for which I designed the packaging. Son of ’76 was referred to me by insightful Hoodoo Blues columnist B.J. Huchtemann who provided a fulsome review of my own 2009 collection, self-released under the moniker “Hayes” (www.soulpowerpoprecords.com). Some of these albums are from managers or label folks, some are from the artists themselves. All are worth a moment of your time. Please Enjoy!

Myk Gordon’s warm and resonant Set Free, is a testament to both the production expertise of Los Lobos’ Steve Berlin and the humble virtuosity of Gordon and his band. Recorded in Portland, Oregon with echos of everything from southwestern border-town flavor to NYC song circle sophistication, Set Free is a cast iron pot of homemade gumbo, bubbling and churning with rich layers of rootsy goodness.

Self described “art-funk” artist PC Munoz and cello-innovator Joan Jeanrenaud have brought us Pop-Pop, an album of avant-garde classical meets hip-hop-electronica (whatever the hell any of that means), that is still genuinely listenable. In my world, Luc Besson, would be both happy and fortunate to have a sonic canvas, such as this, behind his next film.

With the new release from Son of ’76 & The Watchmen, I could indolently refer to this album as a bluesy, guitar-driven combination of Springsteen and Bruce Hornsby, but just when you think you’ve pigeon holed Letters From Shangri-La, it takes an unexpected turn. In truth what you get is 15 solid songs dripping with swampy-funk and wrapped in tight haystack bundles of Americana, that plays like a great radio station pumping through the speakers of your dad’s cadillac in a bi-gone era, when you could take a road trip from Boston to LA, without needing a loan to keep the tank full.

You can feel the whole barn rumble on Dancing On The Gallows from Rose’s Pawn Shop, with booming bass drum, in your face fiddle, and runaway-train banjo. An impassioned vocal delivery that recalls a more countrified Jeff Lang and relentlessly driving momentum will, bluegrass fan or not, have the toe of your worn leather boot tapping in no time.

What happens when an artist follows their first release in 16 years with a previously unreleased collection from the mid-nineties? Well in the case of Ingrid Chavez’s Little Girls With 99 Lives (a collaborative effort with David Sylvian that sounds like an album Sade should have made), you remember that a great artist makes music that sounds just as good in any decade and the only thing that will have you more disappointed than it’s length of a simple 4 tracks, is the fact that it’s limited CD release is, seemingly, already sold out!

read more articles by music writer J. Hayes here and at: http://www.examiner.com/x-4161-New-American-Music-Examiner
and become a fan on facebook at: http://www.facebook.com/pages/J-Hayes-music-writer/161850300225

special thanks to my editor Kellee Webb 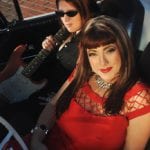 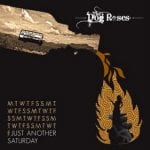 The Dog Roses “Just Another Saturday”