Zal Yanovsky, a founding member of hitmaking 1960s folk-rock band the Lovin Spoonful, died December 13, 2002, in Kingston, Ontario, from heart problems. He was 57.

Tommy Thompson, a founding member of North Carolina string-band revivalists the Red Clay Ramblers, died January 24, 2003, after struggling with Alzheimers disease. He was 65.

On January 27, 2003, Joel Svatek, who worked with a variety of nightclubs and bands in Austin, Texas, was killed January 27 when his car was struck by a drunk driver. He was 33 years old. 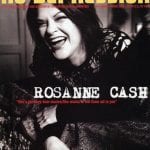