You might recognize Allison Pierce from her time in the Pierces, an experimental band she co-fronts with her sister Catherine. The singer’s new solo work is definitely a departure from the duo’s well-produced pop that borrows from vaudevillian and acoustic traditions.

“Evidence,” the latest single from Pierce’s Ethan Johns-produced Year of the Rabbit, is a delightfully ’90s alt-country song that practices restraint at every turn, from the 12-string lead guitar to the lush snare hits. Pierce even employs a subtle, yet appropriate, twang while she sings about the devil and the secrets he keeps.

“Every good story needs a villain for it to be exciting or interesting, even if it’s the story of our own lives,” Allison Pierce tells No Depression. “The cycle of good and bad is never ending — good comes from bad, bad comes from good. Even the worst thing, in the end, will not be the worst thing.”

Even the video for “Evidence” has a ’90s aesthetic — and I promise that’s not a bad thing. By utilizing Los Angeles as its backdrop, the clip feels much more modern than the VHS haze of most Americana music videos from decades past.

“The guy playing the devil is Flannery Luchford, a self-described “meth-head” actor, discovered by the director Antony Langdon at a party,” Pierce adds. “We asked him to play the devil, and that’s what he came up with.” Making the dark lord look like a sentient Mr. Punch doll is worse than any vision of red devils the Louvin Brothers’ ever had.

All I can say is that I hope this song is used in a made-for-TV movie about our current national nightmare. Just imagine this tune kicking in right when some intrepid journalist finds the golden evidence.

Year of the Rabbit drops May 5 via Sony Music Masterworks. 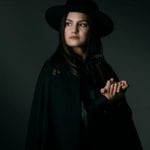 VIDEO PREMIERE: Jennifer Holub – “Way Out” from The Reckoning available 9/28 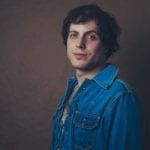