In some circles it is said that a song finds you. “Redneck Crazy” is that song that found Columbia Nashville recording artist, Tyler Farr. “When I first heard that song, man I thought there hasn’t been a song like that from the guy’s perspective ya know, I knew I had to cut it.”

Farr’s first album “Redneck Crazy” was featured in a invite only event in Nashville and Farr showcased some of the songs. “We are here tonight to party, and play some of songs off my first album, hope you like em!!” Twelve songs pack this release of equal parts greasy southern rock with a touch of soulful country. Each song comes at you from a different angle. If you want drinking songs you’ve got a couple different choices; “Whiskey In My  Water,” telling you the story of that one girl that is the perfect mix and keeps you guessing and wondering what’s next. “Ain’t Even Drinkin’” well this lady gets you moving in more directions that rattlesnakes out of a bag. The phrasing an ennui of “Dirty,” is just off centered enough to be a hit. “Wish I had A Boat,” co written with Lee Brice is the “anti truck song,” great smooth melody and flowing lyrics. “Cowgirl,” is right out of the Brooks & Dunn cannon of songs. “Cowgirl” is the ballad and the story of the album. Bringing all facets of a song into one, it speaks to the heart of a love needed to last forever.

“Going into writing for this album, you know it just happened. When you write with Rhett(Akins), Dallas(Davidson) and Ben(Hayslip), we connected so well because we write about the same things and have the same interests. Rhett is just a cut up and doesn’t take it all that serious, but comes up with some great lyrics, such a great bunch of guys to write with.”

“I want to be the guy to be remembered as an entertainer and for my songs to relate to how and where I’m at during that point of time. Redneck Crazy really shows that. Loved making this record and picking out these or co writing these songs.” “In my live shows I really want to take Hank Jr. to the next level, everything I don’t I want to sound different every time out. If I quit getting goosebumps I’ll quit doing this.”

With no apologies, Tyler Farr is coming at you full blast, and that’s good. If you don’t look out you as well will go “Redneck Crazy!”

Zoe Muth, Why’d You Have to Leave Me for a Cooler Guy? 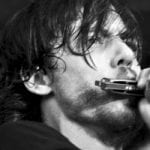 On The Road With Chris Janson