The until-very-recently Texas-based Tom Russell is a whirling dervish of creative energy, curiosity, cowboy poetry, and virtuosity. It’s hard to do justice to the work of such an accomplished songwriter who has lyrically painted a portrait of the American West over 18 albums, been covered by the likes of Johnny Cash, Dave Alvin, Bill Staines and Nanci Griffith, and (justifiably) been compared to Dylan. It’s also near impossible to find an accolade — “masterful” “great” “cinematic” come to mind — for his work that hasn’t been used before. It is wise to listen to Russell’s work if you’re interested in hearing authentic Americana music.

Russell arrived in Berkeley, CA, on tour behind his latest release, the 52-track (yes, you read that right) folk opera, The Rose of Roscrae, an epic piece of work which continues his tradition of penning character-driven narratives while chronicling American and personal history.

Taking the stage with guitarist Thad Beckman, Russell is in the enviable position of having nothing to prove as an artist, while in full possession of well-honed chops, lightning-fast wit and boundless enthusiasm. Perhaps the biggest challenge he faces is keeping up with his own colorful history and naturally associative mind. The show at The Freight was divided into two sets: one focusing on a selection of songs from The Rose of Roscrae, the other on hits and favorites from his extensive back catalogue, and he barely scratched the surface of either.

The story of a 1880s Irish Immigrant with a “Hair-trigger Heart” provides the narrative thread of The Rose of Rosacre, which Russell calls “Les Miserables with cowboy hats.” It’s an apt description. Russell clearly poured his heart and soul into the work, which covers extensive musical and geographical terrain including gospel, Irish and Tex-Mex, while criss-crossing oceans and borders. As such, while the songs are more than strong enough as stand-alones, The Rose of Roscrae presented live, maybe best served by a theater production. Much of Russell’s first set was taken up by his stories about conceiving of and working on the epic, as well as who sang on it, and what songs were borrowed for it. He called in a who’s who of friends and associates (Maura O’Connell, Eliza Gilkyson, Gretchen Peters to name a few) for the recording, making for a lot of well-earned, if somewhat distracting, name-dropping.

Russell’s an engaging presence, period, so while his penchant for long, between-song stories is interesting, it made it hard to fully sink into the new songs as musical experiences. Nonetheless, the ride smoothed out for the second set. Playing tried, trued and polished gems such as “Manzanar” and “East of Woodstock, West of Vietnam,” the audience was wowed anew. 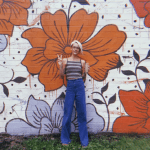 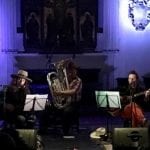