Banjo man Todd Taylor captured lightning on tape in the mid ’80s when he covered Free Bird and successfully crossed over into mainstream music enough to make the Top 40 with a gold record. Now, like blazing hot sauce on an already delicious gumbo, Taylor has kicked new energy into the songwriting duo of Cage & Focx for Tonky Honk Bounce, a catchy blend of power rock and driving banjo which they hope can become the next major redneck anthem.

A music video for Tonky Honk Bounce will drop in January, along with a marketing blitz already planned and funded, Gibson Cage says. And, so far, Cage is encouraged by all of it: the new musical mix with Taylor on banjo, the way the three get along, and the early feedback from what is hoped to be the first of many crossover hits.

“We’re number one on every test market that I put it on and I’ve only used mini clips of the song. It’s number one on Reverb Nation in Nashville and there are a few radio stations we‘ve sent them to. All around they’re playing our song and we haven’t even released this thing yet.’’

He said that the roots of the new group goes back to an earlier impression of Taylor.

“I actually met Todd on a radio program back in the day and we hit it off right off the bat. We played some of the swampy stuff back in the day and he knew exactly the sound I wanted to hear on the songs. I just knew it was fantastic match. He laid into it and started coming up ad libbing on the original idea that I had. It just felt like melted butter over corn.’’

Fast forward to 2013, and Cage said he remembered what rock and roll banjo added to a certain kind of song, and which banjo player was up for the job.

“I moved out to Nashville about two years ago. I hooked up with Anthony and started writing. And it was kind of like – I don’t know – meant to be kind of thing because we were doing this music and I knew something was missing and I thought of Todd. You know how egos are with most players and stuff, what he would be like or how he would work in. It was like a dream come true. I sent him the tracks and now I’ve got 500 banjo tracks sitting in my computer.’’

Cage said Focx not only rocks, but is a huge asset as a skilled audio engineer who has worked in many genres over the years and understands them all. Both live in Nashville now and, with Taylor on board, want their new band to represent a new and more edgy twist on the country scene in Music City.

“Everything is ready and we’re planning to strike. Right now it’s just hard to have the patience that you need. You have to make sure your product is 100 percent and not ‘garage’ if you know what I’m saying.’’

“We started out being a rock/country sound, and then we added him (Taylor), and it’s really took a cool turn, a different sound that’s pretty unique. You have the heavy guitars rockin’, but the banjo changes the sound and makes it a fresh different sound – and that’s a good thing.

It’s a cool sounding instrument. It’s not really rock and not really country. It’s an interesting sound that we have. I’m sort of at a loss for words on it. Two things that blend into one makes it interesting. It’s really really cool.

I’ve seen lots of music that had violins with heavy metal sound, but I’ve never seen it with banjo.’’

It’s sort of hard to believe it’s come to rock and roll banjo when you rewind back to Taylor’s childhood as a member of the traditional bluegrass played by Taylor Twins with his brother Andrew. But Todd says that even then there were hints that someday he would rock.

“Roy Acuff was the first person that ever put us on the Grand Ole Opry when we were like probably 14. We used to do a lot of Nashville Network TV shows and we toured with Bill Monroe, Carl Story, Jim and Jesse, all them people. We also worked amusement parks. That’s where I started.

Early on when I started transcribing them rock and roll songs on the banjo, I was hanging around Troy Caldwell a lot (the late guitar player for the Marshall Tucker Band).

In my teens I was doing all that and I started perfecting it. I was with Troy (Caldwell) one day and said ‘Man, I’d like to have some gold records and stuff like that one day.’ He said ‘Well, you keep playing that rock and roll banjo. That’s pioneering something.’ I also got some insight from John McEuen of the Nitty Gritty Dirt Band.”

“I had already planned on taking the banjo to rock and roll. Back then in them days you never heard of any bluegrass bands doing the ‘Picking On’ stuff or any of that. That was unheard of. Nobody had done anything of that. Everybody told me it can’t be done in Nashville.

But Taylor contacted representatives from Lynyrd Skynrd to see if they would allow him to record Free Bird.

“They gave their blessing. I went in the studio in South Carolina, in Marshall Tucker’s old studio, and recorded that whole album, Something Different, and the rest was history baby.

It took me to the Top 40 and pioneering rock and roll banjo.”

Free Bird was the big hit, the B-side was Stairway to Heaven.

Taylor said that applying the rock and roll formula to banjo, which is inherently mathematical in Earl Scruggs style picking, takes a little work and has been done for many years, but only as a background instrument.

“Back then in the ’70s there was banjos in rock and roll and John McEuen had played on [Led Zeppelin’s] Hangman, and was the banjo player in a lot of that stuff, but it was a back instrument.

Here’s the way I can explain it (rock and roll banjo)… Everybody’s different. It’s just something you have to make up on your own. Some of the licks sound like guitar licks and stuff, but all them songs are original. I just make everything up. A true musician plays outside the box, you play it from the heart, by feel.

Yeah… it’s good to know chords and all that stuff, but the best music comes just from the feel of the heart.”

Being on stage as a featured artist with Cage & Focx has also given Taylor a new energy and excitement for the future.

“I feel like I’ve been re-born again. I told them… ‘hey you’ve got it. Anything you want, I’m there. I’m your banjo player. Todd Taylor plays with you and that’s it.’

“I’ve been doing the Todd Taylor stuff and it’s fun to do all that but I’m going to tell you doing this is like when I got that first gold record for Freebird. I love being on stage with Gibson and Anthony, just the power of it. Our last concert in Nashville was amazing. It blew my mind. They couldn’t get over it. That’s just a little taste of what’s to come. I love rockin with them. They’re great guys.’’

About the Author (Author Profile)

George White was raised in Nashville, starting on banjo at age 16 and continuing playing to this day. His journalism career started in Shelbyville, TN, then to Murfreesboro, then to Florida Today in Melbourne, where he covered events for USA Today and Gannett News Service. He now serves as a freelance writer/photographer for several publications. 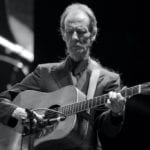 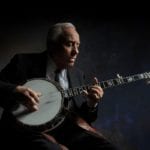