She was Talladega’s boogity boogity girl, the pretty blond who sang the 2008 “NASCAR Love” theme song with Darrell Waltrip at her side and racing fans at her feet.  Four years later, Toby Lightman is still cruising in the fast lane.

Working from her home studio in New York, Toby is a smooth fit for the evolving new music industry.  Both artist and businesswoman, she has pursued an independent course, releasing new music directly to fans via her website and growing a steady demand for her original songwriting through commercial placements.

There is something about her voice and her songs, at once soothing and soulful, that pleases on first listen and again on replay.  That bluesy, soulful quality has proved attractive to producers of both film and television as well.  Toby’s original song “Holding a Heart” is heard in 2011 film What’s Your Number as well as on One Tree Hill, the hit series on the CW Network.

Her tune “My Sweet Song” was placed in the 2007 film P.S. I Love You starring Hilary Swank and Gerard Butler.  That same song was also used for television’s The Vampire Diaries, and made the soundtrack of 2009 film 17 Again.  Another of Toby’s original songs, “Addicted”, was used to promote Desperate Housewives, and plays on the soundtrack of the 2011 television film Mean Girls II.

Commercial song placement is just one way that Toby has diversified her product and added to her business plan in order to support a career in music.  As she says, “I feel fortunate to be surviving” in a tough environment that has seen major music labels contract or fold, and national artists go decidedly independent.  While continuing to write, record and perform her own music, Toby also writes for others.  She is part of a songwriting team that pitches original songs to international artists.  It’s oh so modern.  Toby writes over Skype with Peter in London.  Peter’s friend in Paris creates a demo.  Toby consults and works on the demo, and then the song is made available to interested artists worldwide.  The team has placed two songs; “Chains” is the second single recorded by Lebanese artist Lara Scandar and “Coming Back Tomorrow” is the first single recorded by the Mary Broadcast Band in Austria.

This doesn’t mean that Toby has neglected her own solo career.  Including  the well received Bird on a Wire (2006) and acoustic album Know Where I’m From (2010), there have been five releases starting with her 2004 debut.  For the last eighteen months, Toby has been hard at work writing music for a new album, one that she says stylistically will “cross over from everywhere I’ve been”, reflecting her early rhythm and blues influences,but incorporating elements of country pop and soul.  Paired with organic instrumentation that includes the artist’s own violin play, the record will offer modern soul music.  Think Adele, but more polished.  While there is no current timetable for release, Toby has been traveling to and from Los Angeles and has now finished recording the twelve songs planned for the disc.

Of those twelve, Toby wrote more than half herself.  The new songs reflect a growing confidence.  Toby explains that when she first began to write, the focus was on defining melodies appropriate to her voice, and penning lyrics that wouldn’t prompt the listener to laugh out loud!  Many of her early songs were collaborative efforts with other songwriters.  Now, she’s discovered that her fans tend to gravitate more to songs that she wrote alone.  She’s learned how to write songs that challenge and reflect her vocal skills, and has decided that as long as she’s not laughing at the lyrics herself, it’s all good.

Until the new album is complete, there are occasional scheduled performance dates, and Toby can also be heard in this season’s new hit television series SMASH.  Listen carefully when Katharine McPhee sings cover songs such as “Redneck Woman”, “Our Day Will Come” and “Brighter than the Sun”.  That’s Toby you’ll hear on background vocals, lots of Toby.  In another nod to technology, her vocals are recorded and added to the mix from her own home studio.

Toby Lightman is carving her own path through the complex maze of the music industry.  It’s a path that involves hard work, talent and ingenuity.  For more news and recent music samples, visit Toby’s official website;  follow her on Facebook and Twitter.

Reposted from On Tap Blog. 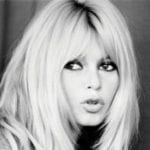 Songs On The Wire 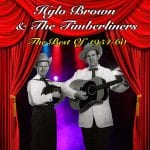