THE READING ROOM: Upcoming Books on Music and Musicians 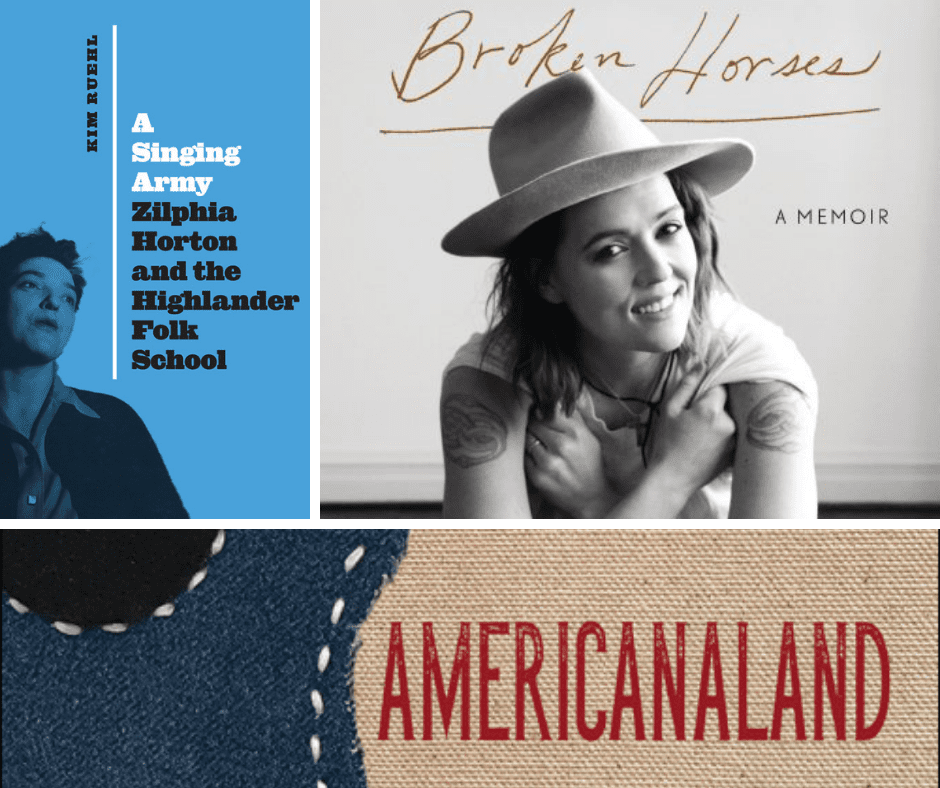 Like ursine creatures in the winter, the book publishing world slips into hibernation during these long nights. Most publishers shepherded their big books into the world well ahead of the holidays, and this was an especially busy and challenging fall, with the pandemic keeping many bookstores closed and with the fraught political scene yielding weighty tomes on the current moment that have mostly now been returned or remaindered.

Many big music books also published in the fall, but there are plenty of exciting ones to look forward to reading as we approach spring. This week, The Reading Room takes a look at a few of those books, quoting from press materials unless otherwise noted.

Brandi Carlile, Broken Horses (Crown, April) – In the last year or so, Carlile has continued making a mark on Americana music as a songwriter, singer, and producer; she and her peers in The Highwomen won awards and accolades for their music, and now Carlile shares her story in this illuminating, absorbing, and candid memoir. She holds back very little as she traces her life from her impoverished childhood in a dysfunctional but loving family to her first gigs to her hard-won success. The publisher describes the book as “an examination of faith through the eyes of a person rejected by the church and a meditation on the moments and lyrics that have shaped the life of a creative mind, a brilliant artist, and a genuine empath on a mission to give back.”

Kim Ruehl, A Singing Army: Zilphia Horton and the Highlander Folk School (Texas, March) – Drawing deeply on archives and extensive interviews with Horton’s family and friends, Ruehl, former editor-in-chief at No Depression, explores the life of Zilphia Horton from “her childhood in Arkansas coal country, through her formative travels and friendship with radical Presbyterian minister Claude C. Williams, and into her instrumental work in desegregation and fostering the music of the civil rights era.” In the first book devoted to Horton, A Singing Army reveals Horton’s central work in the labor and civil rights movements of the mid-20th century, and her adapting traditional hymns such as “We Shall Overcome” and “This Little Light of Mine” into protest songs. As the publisher observes: “A Singing Army tells the story of an all-but-forgotten woman who inspired thousands of working-class people to stand up and sing for freedom and equality.”

Eric Weisbard, Songbooks: The Literature of American Popular Music (Duke, May) – Weisbard’s book will be required reading for all music critics and journalists. With astonishing breadth and depth, the co-editor of the Journal of Popular Music offers a “critical guide to books on American popular music from William Billings’ 1770 New-England-Psalm-Singer to Jay-Z’s 2010 memoir Decoded.” Weisbard richly explores the ways that American music writing over the years has focused on questions that have “lingered across time and genre.”

Daphne A. Brooks, Liner Notes for the Revolution: The Intellectual Life of the Black Feminist Sound (Harvard, February) – Brooks’ book is another must-read. “Liner Notes for the Revolution offers a startling new perspective on Aretha Franklin and Beyoncé, and others — a perspective informed by the overlooked contributions of other Black women concerned with the work of their musical peers. Zora Neale Hurston appears as a sound archivist and a performer, Lorraine Hansberry as a queer Black feminist critic of modern culture, and Pauline Hopkins as America’s first Black female cultural commentator. Brooks tackles the complicated racial politics of blues music recording, song collecting, and rock and roll criticism. … In the 21st century, pop superstar Janelle Monae’s liner notes are recognized for their innovations, while celebrated singers Cécile McLorin Salvant, Rhiannon Giddens, and Valerie June take their place as cultural historians.”

Kristin Hersh, Seeing Sideways: A Memoir of Music and Motherhood (Texas, May) – Hersh’s new memoir is a kind of follow-up to her acclaimed Rat Girl. Here she chronicles her own struggles and triumphs through the lenses of the lives of her sons as they grow and develop. For example, she tells the story of her custody battle for her oldest son, Doony, alongside the story of her struggles with her record company. An affecting storyteller, Hersh candidly reveals the jagged challenges and the surprising resolutions that drive her and her family forward.

Patrick Burke, Tear Down the Walls: White Radicalism and Black Power in 1960s Rock (Chicago, June) – In the late 1960s, many white rockers — including MC5 and The Rolling Stones, among others — often tried to cast themselves as revolutionary by embracing a romanticized vision of African American identity. Burke points out the naïveté of the musicians often resulted in the misguided appropriation of Black political visions. Burke neither condemns nor praises these musicians but rather illustrates the ways popular music reflects and is shaped by our ideas about race.