THE READING ROOM: No Depression’s Best Music Books of 2020 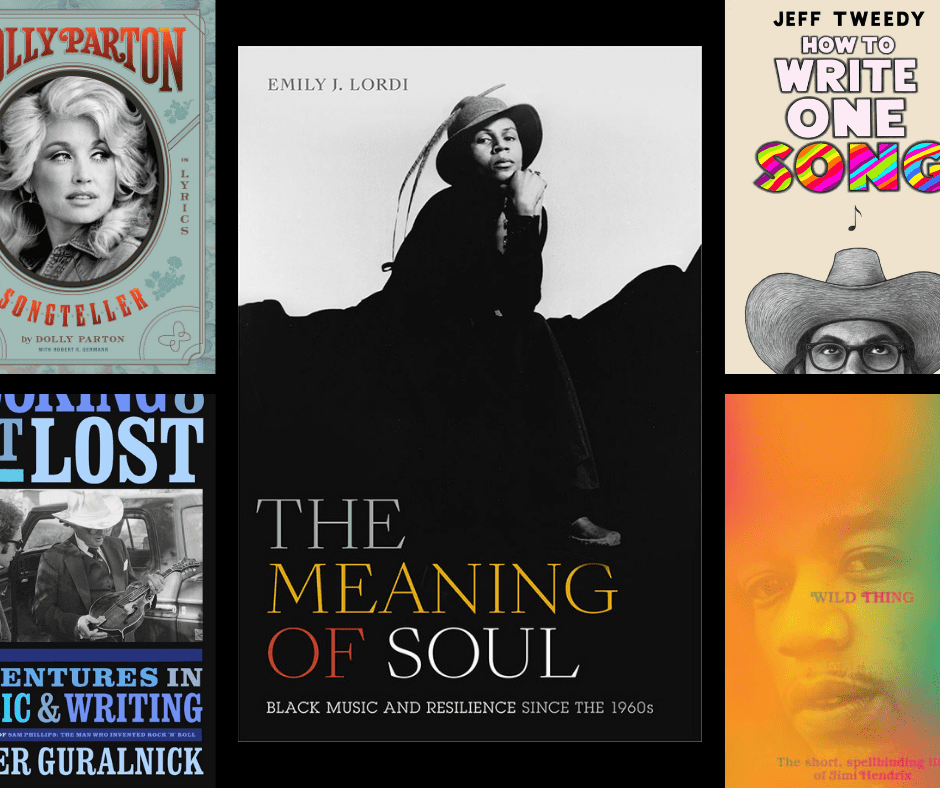 While 2020 has been a challenging year for the publishing industry — as it has been for the music business — with sales swaying up and down, sometimes wildly, and with author events being canceled because of the pandemic, there were still a number of great books published this year.

Of course, through the summer and fall we witnessed a spate of bloated political memoirs and historical studies, many of which had short “literary” lives that are already over. Hidden amongst that chaff are a number of excellent music books, and many of these will continue to entertain and instruct us for years.

While I’m not a huge fan of best-of lists, I’ve included in this year-end roundup books that pose significant questions about music and its history, books that offer amusing and memorable stories that artists tell on themselves, and books that give a glimpse of the power of music to bring people together.

1. Emily J. Lordi, The Meaning of Soul: Black Music and Resilience since the 1960s (Duke) — Drawing on close listening to artists including Beyoncé, Aretha Franklin, and Gladys Knight, among many others, Lordi offers a vision of soul that foregrounds the intricacies of musical craft, the complex personal and social meanings of the music, the dynamic movement of soul across time, and the leading role played by Black women in this musical-intellectual tradition. Lordi’s vibrant writing and her provocative questions challenge our conventional notions of soul and encourage us to listen carefully to familiar songs in fresh ways. The Meaning of Soul is essential reading for anyone interested in history of soul music and in the deep ways that culture and music shape each other, and it helps us to think deeply about music and its reflections of and impact on society.

2. Peter Guralnick, Looking to Get Lost: Adventures in Music and Writing (Little Brown) — Guralnick’s dazzling new book of profiles is not a summation so much as a culmination of his remarkable work, which from the start has encompassed the full sweep of blues, gospel, country, and rock and roll. It covers old ground from new perspectives, offering deeply felt, masterful, and strikingly personal portraits of creative artists, both musicians and writers, at the height of their powers. Looking to Get Lost is such a treat, however, because it’s not only about music; the book gives us a glimpse at Guralnick the writer and Guralnick the reader and comes as close as we’re likely to get to something like an autobiography. What connects these pieces is Guralnick’s creativity, his love of getting lost in a story or a song, and his desire to write.

3. Jeff Tweedy, How to Write One Song (Dutton) — The Wilco frontman’s second book is a gem with many facets. Tweedy loves words and music and loves the process of putting them together in writing a song. His passion and gentle guidance offer encouragement that we can indeed write one song, sing it at a local open mic, and feel the joy of our accomplishment for a moment before we start to write the next one.

4. Dolly Parton, with Robert K. Oermann, Songteller: My Life in Lyrics (Chronicle) — In this book, the lovable, candid, tell-it-like-it-is singer shares her own story through the lyrics of her songs. Parton tells her stories with a grin and a twinkle in her eye. Her book invites us to sit a spell as she weaves her enchanting storytelling web, wrapping us in the warm, silky threads of her voice and comforting us with her presence.

5. Alex Ross, Wagnerism: Art and Politics in the Shadow of Music (FSG) — New Yorker critic Ross tracks the impact of Richard Wagner on non-musicians: the “resonances and reverberations of one art form into others … he cast his strongest spell on the artists of silence: novelists, poets, and painters who envied the collective storm of feeling he could unleash in sound.” Ross demonstrates that there are many Wagners, not only the anti-Semitic composer that Hitler adored, but also the man claimed by socialists, feminists, and Black listeners. With astonishing breadth, Ross traces mythic motifs through popular culture from The Lord of the Rings to Apocalypse Now, illustrating the power of music to shape culture.

6. David Menconi’s Step It Up & Go: The Story of North Carolina Popular Music (UNC) — Menconi tells tales as colorful as the mountain laurel blossoms and as expansive as the warm sands on opposite ends of the state in which he lives and writes. With a troubadour’s heart, he tramps across the richly loamed Piedmont and the fragrant fields of tobacco in the eastern counties — talking to musicians, listening to stories, sitting a spell on porches or in kitchens enthralled by the voices of artists or the plunk of banjos and scrape of fiddles — in search of the musical roots and branches of North Carolina music. Step It Up & Go captures the rich diversity of North Carolina’s music through colorful stories, poignant photos, and humorous anecdotes. Menconi’s a masterful storyteller and a delightful guide to the music of the Tar Heel state, and every chapter in the book deserves to be lingered over and treasured for its loving attention to the details of the lives and music dwelling in the state.

7. Philip Norman, Wild Thing: The Short, Spellbinding Life of Jimi Hendrix (Norton) — Norman, whose biographies have chronicled The Beatles, the Stones, and Eric Clapton, among others, turns his spotlight on rise and fall of Jimi Hendrix, examining in detail Hendrix’s private life — including a lengthy epilogue that discusses the possibilities that the CIA or the Mafia might have been responsible for Hendrix’s death — and flamboyant public life and the guitarist’s stratospheric sounds. Norman’s detailed and colorful biography will be the go-to Hendrix biography.

8. Annye C. Anderson, Brother Robert: Growing Up with Robert Johnson (Da Capo) — Now we have another perspective on Robert Johnson that adds new dimensions to our portrait of him and challenges some of the legendary stories that have developed around him and his music. In her intimate and warm book, Johnson’s step-sister, in conversation with journalist Preston Lauterbach, recalls her life with him and provides stories of man she didn’t know primarily as a musician but as a loving, kind man who loved Gene Autry and westerns, Jimmie Rodgers, Buck Jones, Mae West, and Errol Flynn.

9. Loretta Lynn, Me & Patsy Kickin’ Up Dust: My Friendship with Patsy Cline (Grand Central) — Lynn tells a cracking good story, and she’s affectionate and candid. More than just a memoir, though, this is Lynn’s tribute to a dear friend and a chance for her to introduce some sides of Patsy Cline that the world might not know. In Me & Patsy Kickin’ Up Dust, Lynn laughs a lot, and she cries a lot, and she gets angry some, too, but most of all she celebrates her best friend and all Cline taught her. Lynn says that if readers take away one thing from the book it’s this: “I hope they have a friend like I had; if they don’t have one, they need to get a friend like the one I had in Patsy.”

10. Bill C. Malone and Bobbie Malone, Nashville’s Songwriting Sweethearts: The Boudleaux and Felice Bryant Story (Oklahoma) — The first complete biography of the Bryants, the songwriting couple who were the first full-time independent songwriters in Nashville. The husband-and-wife team wrote more than 6,000 songs, including their first, “Country Boy,” a hit for Little Jimmy Dickens, as well the familiar hits “Bye Bye Love,” “Sleepless Nights,” “Last Date,” “You’re the Reason God Made Oklahoma,” and “Love Hurts,” among others. The Malones’ lovingly crafted, thoroughly detailed, and insightful book is the definitive biography of “Nashville’s songwriting sweethearts.”

The Best of the Rest

Sarah Smarsh, She Come By It Natural: Dolly Parton and the Women Who Lived Her Songs (Scribner)
Lisa Robinson, Nobody Ever Asked Me about the Girls (Holt)
Robert Gordon, It Came from Memphis, revised and updated edition (Third Man Books)
Tina Turner, Happiness Becomes You: A Guide to Changing Your Life for Good (Atria)
Willie Nelson and Bobbie Nelson, with David Ritz, Me and Sister Bobbie: True Tales of the Family Band (Random House)
Brian Allison, Elizabeth Elkins, Vanessa Olivarez, Hidden History of Music Row (The History Press)
Kimberly Mack, Fictional Blues: Narrative Self-Invention from Bessie Smith to Jack White (Massachusetts)
Maureen Mahon, Black Diamond Queens: African American Women and Rock and Roll (Duke)
Claudrena N. Harold, When Sunday Comes: Gospel Music in the Soul and Hip-Hop Eras (Illinois)
Michael Ray Fitzgerald, Jacksonville and the Roots of Southern Rock (Florida, October)
Hannah Ewens, Fangirls: Scenes from Modern Music Culture (Texas)
Sandra B. Tooze, Levon: From Down in the Delta to the Birth of The Band and Beyond (Diversion Books)
Denise LaSalle, Always the Queen (Illinois)
Chris Hillman, Time Between: My Life as a Byrd, Burrito Brother, and Beyond (BMG)
Lydia R. Hamessley, Unlikely Angel: The Songs of Dolly Parton (Illinois)
Eddie Floyd, with Tony Fletcher, Knock! Knock! Knock! On Wood (BMG)
BrownMark, My Life in the Purple Kingdom (Minnesota)
Neal Karlen, This Thing Called Life: Prince’s Odyssey, On and Off the Record (St. Martin’s)
Mike Hilleary, On the Record: Music Journalists on Their Lives, Craft, and Careers (Massachusetts) 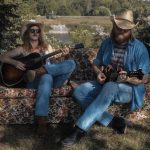