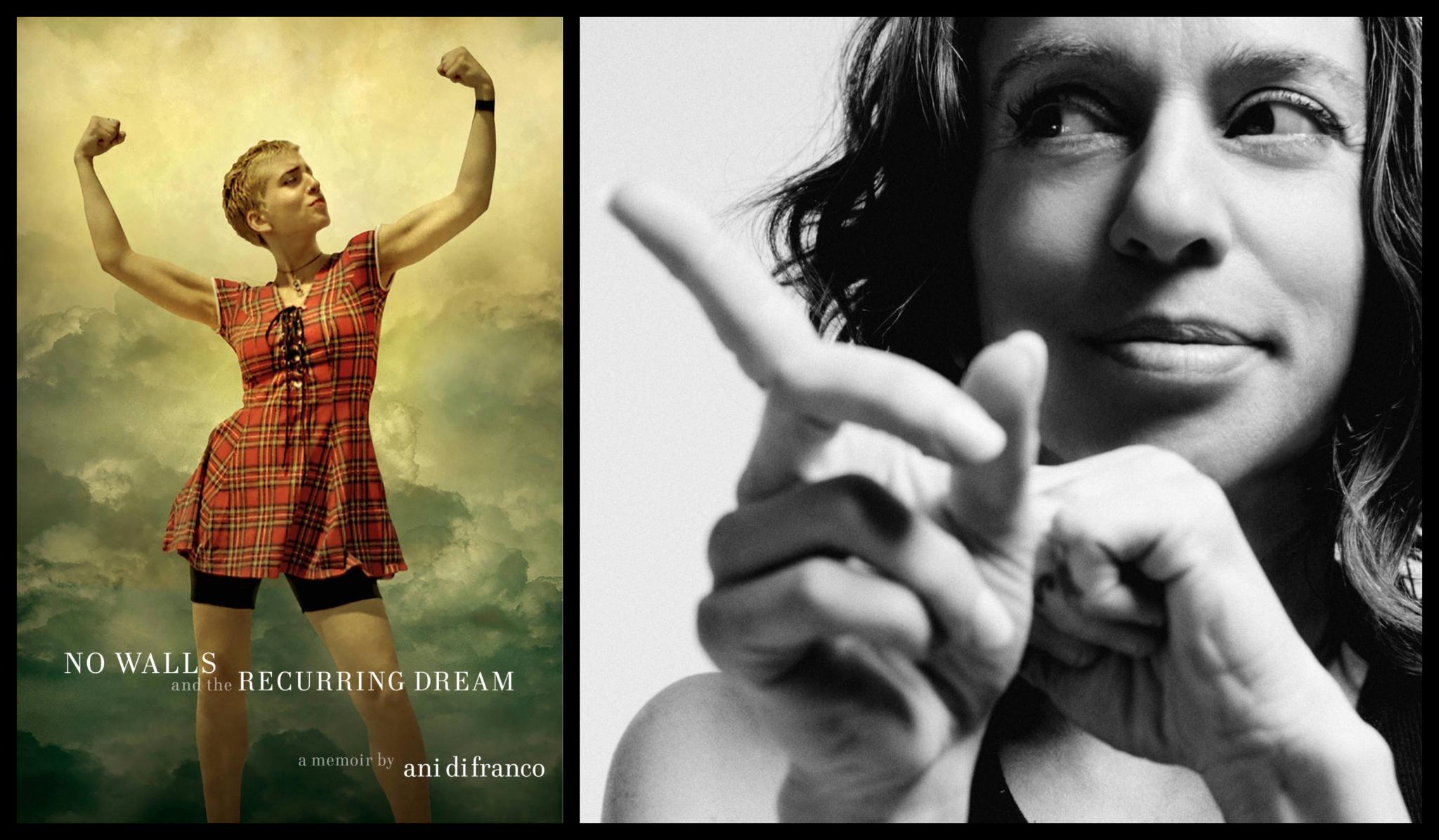 EDITOR’S NOTE: If you missed it last week, you can read The Reading Room’s interview with Ani DiFranco about her new book here.

Many, if not most, music memoirs are simply tiresome, with the authors reveling in the minutiae of endless sexual escapades or bleary drug-fueled episodes in hotels and arenas to give readers a chance to live vicariously a life of sex, drugs, and rock and roll. These memoirs disappoint, for they fail to reveal the power of music to readers. Why take up music in the first place? What forces drove the musicians to pick up a guitar or sit down at a piano, organ, or drum set? How have various styles of music shaped them, and how has their own music evolved over the years? Does music still have the power to transform listeners, and, if so, how does such a view of music shape these artists’ lives? To be fair, many musicians sign a book contract and likely don’t consider many of these questions as they are writing the book; just as they do on the stage, on the page the artists give audiences what they think the gathered readers want. A memoir more performative than reflective disappoints, though, since momentary ecstasy washes away quickly, leaving an empty shell of body lacking soul.

In this by-now tired genre, Ani DiFranco’s new memoir, No Walls and the Recurring Dream (Viking) brings new energy, using its few wild-side stories only as part of a much larger narrative of a life in music. The narrative also includes her childhood and school days in Buffalo, her brother’s institutionalization in a series of psychiatric hospitals, her early discovery and love of dance, her decision to become an emancipated minor, and her leaving home to explore a life in music, as well as her making her first album at 18 and her creation of her own label, Righteous Babe Records. She reflects on the freedom she felt, even as a teenager: “My parents were so relieved at my relative happiness and self-sufficiency that they leaned on it heavily. I remember beholding early on, in their sheepish praise, the message that I could do anything I wanted as long as I continued to require nothing of them. It was the freedom I needed, the freedom I became I accustomed to …”

In short sections, almost like little songs, DiFranco weaves thoughtful, humorous, and candid reflections on music — including little sections on songwriting titled “making songs” — and activism into the narrative of her life. For DiFranco, making music and being an activist is so much a part of life it’s like breathing. She also shares her thoughts about musicians, such as Pete Seeger, who have deeply influenced her personally and musically: “For all the years I knew Pete, his presence never faltered and his power never waned. … His was an unassuming power that came from a calm sense of purpose and a palpable lack of fear.”

The centerpiece of her book is a beautifully crafted meditation — “The Alphabet vs. The Goddess”— on the relationship between the masculine sensibility of words (the alphabet) and the feminine sensibility of music (the goddess). DiFranco reveals the depths out of which the power of music rises and the ways that words can often block out the power of the rhythms undulating through music:

“Music, the universal language of the feminine brain, operates in the world like an antidote to detachment. It is a medium that necessitates connectedness, staring down at the bottom with the resonant frequency of the earth itself. At some point, the rhythmic syncopations and overtone of the subharmonic breathing earth become so fast that we experience them as notes. … Our bodies know a groove from a bunch of people making sounds simultaneously and can interpret the emotional nuance in the relationship between human and drum, drummer and other musicians. Music employs intuition. Also: interaction, mutual awareness, and cooperation. Music results in deep empathy for one another and therefore a feeling of wholeness within ourselves.”

“But what of the stories we tell? Language, specifically the written word, is another ridiculously powerful medium, guiding our thoughts and pushing its message to the forefront of human history and society. … In the footprints of the written word, so has humanity gone. It has meant, for one thing, a long journey away from being in an active relationship with the earth and with all of consciousness and towards living in a house of mirrors. A world of our own invention. These piles of written words have surrounded us with an echo chamber of our own (masculinized) voice and gotten so high as to even block out the most basic elements of what’s actually happening, like sunlight and breeze.”

“This probably won’t surprise you, but I believe that all the greatest leaps of human cultural evolution involve the true resonance of the masculine and feminine sensibilities within us. …At some point, intuition must kick in and inform the process for it to become transcendent. Similarly, this dance takes place inside the great artist. After pushing relentlessly, step by step, through the linear discipline of craft, the artist frees themselves, like John Coltrane with his horn, to make an expansive leap into someplace entirely illogical and intuitive. Ground is broken.”

No Walls and the Recurring Dream reveals the ways that music brought DiFranco “deeper and deeper into the world.” DiFranco’s honesty and her fearlessness in sharing the depths of the forces that have shaped her music and her artistic identity separate her memoir from the run-of-the-mill memoirs flooding the market today.