THE READING ROOM: A Love Letter and More to A Tribe Called Quest 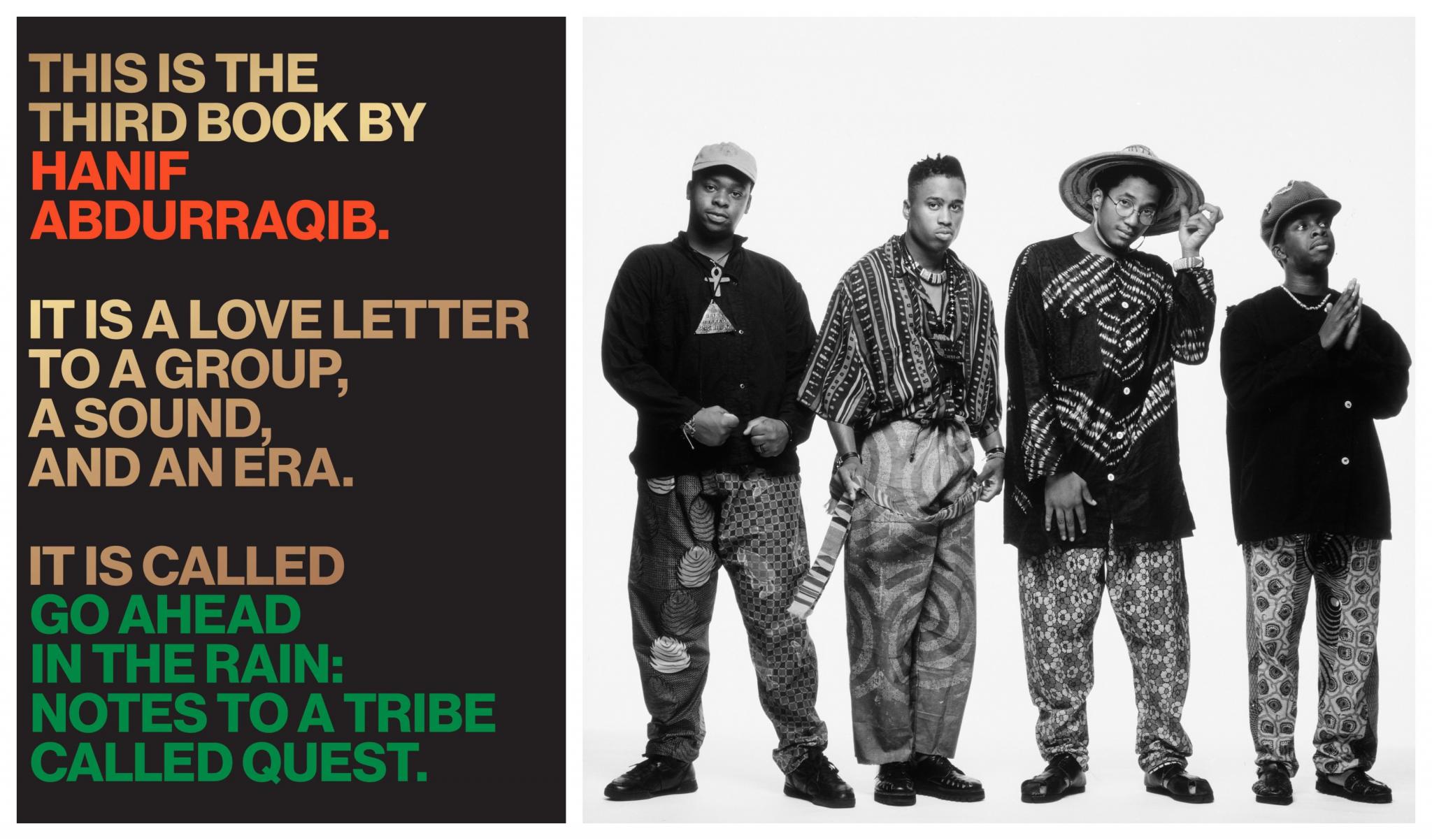 At the 2017 Grammy Awards, A Tribe Called Quest delivered an unforgettable performance during what had been an otherwise dreary show. Joined onstage by Busta Rhymes, Consequence, and Anderson .Paak, the Tribe wasted no time in reminding the audience of the political urgency of resisting oppression with a blistering medley of “Movin’ Backwards,” “We the People,” and “Award Tour.” Rhymes called out the recently elected Donald Trump “President Agent Orange” and sarcastically thanked him for “perpetuating all the evil you’ve been perpetuating throughout the United States.” As Hanif Abdurraqib recalls of that night in his heart-wrenching and lyrical set of fan’s notes, Go Ahead in the Rain: Notes to a Tribe Called Quest (Texas), “the song’s finest moment is a verse by Phife Dawg, which, that night, echoed through the arena while A Tribe Called Quest stood onstage with Busta, Consequence, and Anderson .Paak, all of them with fists raised. When the song finally died down, there was Q-Tip at the center of the stage in all black, only briefly lit up by the thin gold chain around his neck, shouting the same word over and over: Resist. Resist. Resist.”

The Grammy performance came on the heels of a difficult year for A Tribe Called Quest. In March 2016, Phife Dawg died from complications of diabetes. The group, which had broken up in 1998, came together now and then over the following 18 years to perform at shows, but The Love Movement, released in 1998, was the final project as A Tribe Called Quest before they split up. Before Phife Dawg died, however, fans heard rumors that the group was working on a new album, and nine months after his death, in November 2016, the group released We Got It from Here … Thank You 4 Your Service, which also featured appearances from Kanye West, Elton John, Busta Rhymes, Jack White, and Kendrick Lamar, among others. “The fascinating thing about We Got It from Here … Thank You 4 Your Service, is how it sat, sonically, within the 2016 hip-hop landscape. Sure, perhaps the answer is that A Tribe Called Quest were always ahead of their time, making music that sounded futuristic yet still touchable. But even considering that, it was stunning to hear how much of the album felt like a slightly updated version of the same brilliant sound that A Tribe Called Quest crafted in the 1990s — a fresh download of everything, but newer and cleaner. They didn’t sound bitter about the genre, or jaded about its evolution. They are architects, after all — builders who don’t bow to the land but know how to make the land bow to them.” 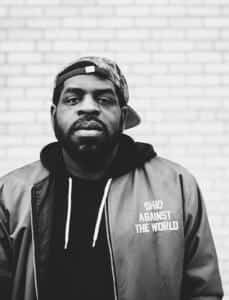 With the verve and poetic ingenuity of an MC, Abdurraqib spins samples and tracks from his life through the stories of A Tribe Called Quest and its evolution as one of the most creative collectives in hip-hop. Abdurraqib, who grew up in Columbus, Ohio, recounts the moments that he first heard A Tribe Called Quest and the ways they transformed his own life. He traverses nimbly the history of rap, offering his own insights into the East Coast-West Coast rivalry that dominated rap in the 1990s, illustrating that A Tribe Called Quest often stood above the fray, going their own way, following their own muses, and deeply influencing a number of younger rap artists. Abdurraqib’s most compelling and poignant tracks, though, speak directly, in the form of letters, to Phife Dawg and other members of the group. In one set of letters he expresses anger and hope to each member after the collective’s split. The letters Abdurraqib addresses to Phife Dawg following Phife’s death express both his devastation and his admiration of the singer: “But to me, you were a titan first. A literary figure of the highest order, who drew a bridge between popular culture and lyrical wizardry with a type of belligerence and fearlessness. You, inventor of the smooth punch line, not like the ones tumbling clumsily out of pens and speakers now. You did punch-line rap the way it should have been done; less like a witty pun, more like a matter-of-fact statement; something you truly believed, not something you were using to score points. I always wanted to be the only one in the room to get the last line of your bars. It always felt like unlocking a puzzle.”

Abdurraqib points out the deep contributions A Tribe Called Quest made to music: “What made A Tribe Called Quest special is that if one looks closely enough, it is possible to believe that they were sent here by some wild-dreaming ancestors, straight from another era. They felt like old souls, even when they were young. When I put my trumpet into its case for the last time, and tucked it into a closet somewhere, I played The Low End Theory for months on end, wondering if I’d ever stop. This was the jazz I had been looking for: an album that blended horns and funk the same way that Bolden blended ragtime and blues and was seamless in its execution. The Low End Theory sampled Dolphy, Sly Stone, Weather Report, Julian Cannonball Adderley, and Jimi Hendrix, among others. The Tribe was one of the first groups to repurpose a long line of sounds that our parents, and perhaps their parents, were in love with. There is a type of mercy in this honoring: a long reach backward toward something magical, in hopes that an unspeakable distance, perhaps between and parent and a child, can slowly become closer.”

Go Ahead in the Rain: Notes to a Tribe Called Quest cunningly and lovingly weaves memoir and eloquently told music history into a compelling and absorbing tribute to the transformative power of music and to the genius of four individuals — Q-Tip, Phife Dawg, Ali Shaheed Muhammad, Jarobi White — who moved hip-hop in new directions and illustrated that the sounds of hip-hop need not be confined solely to sampling and rapping.