The Raving Beauties: Only Sort of a Real Band

British band the Raving Beauties possesses all the qualities needed to ensure Americana acceptance — rich harmonies, shimmering melodies, and a knack for effectively echoing the rarified sounds of Southern California during the halcyon days of the late ’60s and early ’70s. Their eponymous debut is the kind of album that guarantees an instant, strong impression. The band’s infectious delivery and unabashed enthusiasm is evident throughout the disc, from the richly tapered “Some Girls” and “Oh Lover” to the quiet repose inherent in “I Want to Know It Now,” and the lushly effusive “Just a Fool.”

The band’s principals — Gordon Grahame and Brian Bell — are both well-versed singers and songwriters. Ironically, it was Bell’s short story “The Unsung Classic,” a narrative about the trials and tribulations of an ill-fated band named the Raving Beauties, spun from Brighton, England’s 1960s subculture, that initially inspired the project.

“In the last ten years, I’ve got into writing fiction and did a master’s degree in creative writing, as well as having a pulp fiction novella [Die Hard Mod] published under the pen name Charlie McQuaker,” Bell explains. “During this period, there was a story, ‘The Unsung Classic,’ which I read at spoken word events in Brighton, that featured an ill-fated West Coast-influenced ’60s retro band called the Raving Beauties. This inspired the idea of making an EP of what I imagined this fictional band would have sounded like, originally intending to put it out as a benign hoax, letting on to be the unreleased recordings of a long-lost band. I asked Gordon if he was up for collaborating on the project and producing it, and luckily he was.”

“Brian asked me if I had any songs with a Byrds/Buffalo Springfield vibe and I went into my old song-lyric books and found ‘Arrows’ and ‘Just a Fool,’ which worked well alongside Brian’s songs,” Grahame recalls. “When [record label] At the Helm said that they loved the original EP’s worth of songs and would release an album if we could muster enough tunes, I remembered a song ‘Oh Lover,’ which I used to play live with my earlier band, Lucky Jim, and which I thought would work well played in a jangly West Coast style. The rest of the songs were either co-writes, which came together quickly in the studio, or Brian’s songs.”

Produced and recorded by Grahame in his home studio, the album’s 11 songs offer a combination of ’60s-inspired, blissful sunshine pop reminiscent of Teenage Fanclub and Big Star, and, of course, the unmistakable influence of the Byrds at their most chiming and melodic.

“The most important thing was that it all flowed together as an album and had its own vibe,” Bell suggests. “When I think of the albums that I love from the late ’60s, such as Elephant Mountain by the Youngbloods, Bookends by Simon and Garfunkel, or Headquarters by the Monkees, quite often there are little minute-long musical segues/interludes in between songs, so we made sure there was a couple of those in there.”

As for Bell, suffice it to say his inspirations and aspirations are pretty much in sync. “My dream would be someone sticking on the album as they’re driving along some scenic coastal route like Big Sur on a sunny day and them thinking that its an ideal soundtrack.” 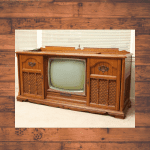 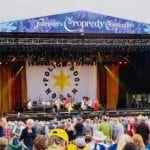 Cropredy 2018: As Eclectic As Ever