It was an evening of quality entertainment Wednesday evening as Music Box Supper Club hosted over three hours of music featuring Shooter Jennings with the Waymore’s Outlaws.  Normally out touring with his own backing band, Shooter has once again teamed up with some of the fellas that played with his legendary Father on several tour dates through October.

Opening the show was Jeff German & the Blankety Blanks from the Columbus, Ohio area who played a stellar seven song set of upbeat, catchy rock ‘n roll with a pedal steel twist from Matt Wilson.  Guitarist German shared vocals with bass player Bradley Williams and was backed by Graig Barnett on guitar along with Mike Nelson on drums.  The boys offered up some selections from their latest record Twelve R.O.U.N.D.S  and their upcoming new release in September.  Highlights included “1,000 Times”, “Spark in the Dark”, and “Sit and Think”.  Little did German know that his call out for journalist from the stage actually included one sitting in the back of the house.

Up next was singer/songwriter Josh Morningstar from Funkstown, Maryland who has been tagging along on select Jenning’s concert dates.  Josh is touring behind his newly released album Songs For Fools with Broken Hearts and delivered a lively set engaging the audience.  Check out his song “Motel Madness” for a taste of what the young troubadour brings to the table as one of the new outlaws of country music.

The opening bars from the pedal steel of Fred Newell got the audience’s attention as Waymore’s Outlaws opened their set with the classic “Are You Sure Hank Done It This Way”.  From there, Richie Albright on drums, Jerry Bridges on bass, and the “youngster” Tommy Townsend on guitar and vocals ran through an eight song set including “Rainy Day Woman”, “Good Hearted Woman”, and “Good ‘Ol Boys”.  In-between the hits, the band played a few cuts from their brand new record Keeping The Spirit Alive.  If you’re pining for that old school country western music, take a listen to “Laid Back Country Picker” , “Women Do Know How To Carry On”, or “Lonesome Onr’y and Mean”.

Without missing a beat, the outlaw boys started cranking out “I Ain’t Living Long Like This” while Shooter Jennings strapped on his guitar to open the final portion of the show.  An accomplished artist in his own right, Shooter blazed through a 90 minute set of songs from both his and Waylon’s catalog including BCR Mixtape 2014.  The beautiful concert hall was packed to the gills savoring selections like “Solid Country Gold”, “Nashville From Afar”, “Waymore’s Blues”, and “Belle of the Ball”.  A nice song written in tribute to George Jones called “Don’t Wait Up (I’m Playin’ Possum)” was followed by an electric version of “The Door” and the beautiful ballad “’Whistlers and Jugglers” featuring Newell on pedal and a Steinberger guitar.  As the evening was coming to a close the band performed “Same Old Outlaw” and the gorgeous “Gone to Carolina” which highlighted the chemistry by everyone on the stage.  For the cost of admission, Shooter Jennings put on one heck of a show this evening and left money in your pocket to have a beer or purchase some music to take home with you. 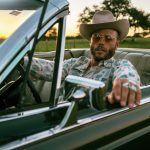 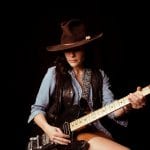