Guess I could be more accurate with my numbers, but I think you get the idea. We’re somewhere around a third of the way into this year and I thought it was a good time to flip through the bin and share some of my favorite albums and songs with you. Frankly, I’m doing this much more for me than for you.

I’ve acquired so much new stuff lately, with such little time to listen, that it’s going to force me to work a bit. But a night or two of just listening to music? Pretty nice job if you can get it.

Before I start, I need to mention that we’re quite possibly coming to the end of one road, or maybe just another shift of the paradigm. If you’ve been keeping up on the latest tech-music news, some mighty powerful players are working very hard behind the scenes trying to kill off the so-called “freemium” streaming services. And that would include YouTube.

I don’t know about you, but I visit the Tube several times a day, every day … and sharing videos has been an important tool in discovering archival footage, catching up on old favorites, and exposing new music. It’s a mainstay of social media, thousands of blogs and lots of websites like No Depression. I tend to include as many as three videos each week for my Broadside column, and I’m going to be sad if it goes away in its current form.

While I have no problem paying a monthly subscription fee as I do with Spotify, or even one flat admission fee for all content to my internet service provider, I have concerns. One is that it’ll limit exposure to great music that might never get heard any other way. Another is that the case against ending the free tier for You Tube and all of the streaming services isn’t to put more money back into the musician’s pockets, but into the coffers of the major corporations that control the most popular content.

This is also known as the short spike of the long tail.

If you’re a roots music fan, it’ll hit you a lot harder than someone who follows Kanye and Taylor. It’s a red hot potato. This week officials from both the EU and US have started to look into who is pulling the strings and why.

In the meantime, though, here’s some new music I’ve been enjoying. Some is from this year, some might be a bit older. It’s all good.

John Ellis posted a review on No Depression for The Westies back in February, and he said that they “make music that demonstrates how closely related inner city grit and grime is with the softness of a serene Appalachian mountaintop. Americana doesn’t just belong in rural settings; West Side Stories is Americana music embedded in the rivets of Rust Belt cities with connections to Ireland, coal-streaked miners, and dirt under their fingernails sharecroppers.” Great description. This is the track that does it for me.

I seem to have missed their mini-tour last March, but Seth Avett and Jessica Lea Mayfield’s tribute to Elliott Smith presents twelve perfect songs that are handled with care and sprinkled with wonder. I haven’t read much about this project. It’s one that could have easily slipped past you.

I don’t think there’s anybody who has heard Pharis and Jason Romero’s music and failed to fall in love with their harmonies and songs. They’ve got such a great story, and A Wanderer I’ll Stay is probably the strongest of their albums so far. If we could only get them out of Canada and down south, life would be a dream.

While Fairport Convention may no longer have the same rabid fan base in America that they still maintain in England, they still make intensely magical music, as demonstrated by the title track of their latest album, Myths and Heroes. The annual Cropready concerts will commence in August.

Just about every track on Calexico’s Edge of the Sun has a different guest on it. The first invitation to collaborate went to Sam Beam from Iron and Wine, and then they extended it to Ben Bridwell from Band of Horses, Nick Urata from Devotchka, Carla Morrison, Gaby Moreno, Amparo Sanchez, multi-instrumentalists from the Greek band Takim, as well as Neko Case. I wish we still had Top 40 AM radio because this one would be number one with a bullet.

It’s early May as I sit here punching away on this post. Might be smart of me to wait until at least late autumn to tell you what my favorite album of the year is, but there’s no need.

John Moreland is the most dazzling singer, guitarist and songwriter in America. He’s a very big man. And I think I know why. Deep inside his soul lives Woody Guthrie, a young Bob Dylan, a kid from the Jersey shore named Bruce, and the hardcore troubadour Steve Earle. He’s that f-ing great. And you know what? I discovered him first on YouTube. 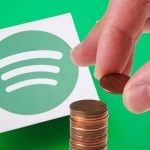 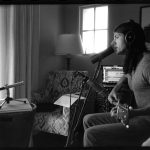