The Day That High Fidelity Died

While the topic here is often about the music we listen to, it got me thinking about how we listen to it. Those who have followed me here at No Depression over these past nine years already know that I went all-digital just about the same time the magazine became a website. And I spend most of my listening time in motion … walking, riding a train or subway, driving a car, or pedaling an exercise bike. On the rare occasions that I want to listen to something in my home, my laptops and iPhone can plug into either an old-school big-ass rack system with JBL floor speakers the size of an elephant or a smaller cassette-CD-radio combo player with small but upgraded speakers. And when I say “rare occasion,” I should note that the last time either was turned on, Obama was still in his first term.

In the past year I have been having a conversation with myself about minimization, a fancy term for throwing out all the crap in my life that I no longer need. Anything printed on paper, stamped in vinyl, or shiny discs stuffed inside plastic cases are in my line of sight, along with furniture, jackets, coats, ties, pants too tight, shorts too loose, and some hideous shirts I once bought while suffering from a case of temporary blindness. When I was younger I made fun of old people who wore a mish-mash of clothes from white belts and plaid pants to frumpy floral housecoats and they seemed to ignore any and all fashion trends, but now I get that it’s a combination of not having the money to buy new stuff along with the realization that there’s nobody you need to impress anymore. My own closet is so full of stuff that all I want to do is get down to the basics. Fortunately, my wardrobe is timeless (I think): jeans, solid color tees, sweatshirts, five sweaters, one sports jacket, a “funeral and wedding” suit, and several pairs of boots.

On Thanksgiving we went to my nephew’s house and after dinner everyone sat around the cylindrical Amazon Echo while a girl named Alexa followed a verbal command to play “Alice’s Restaurant.” It was placed on a table beneath a television bigger than my car in a rather large room, and frankly the sound quality was quite good. Growing up with right and left channel speakers, and now listening with ear buds or headphones, I was rather enchanted about how this one black round thing produced such fine clarity with bass, midrange, and the top end all intact, while somehow creating a “stereo-surround” effect. And if that wasn’t enough, the darn thing told me the weather for the next week.

Now I happen to know a thing or two about products like voice-controlled smart speakers and all sorts of other wireless devices for either your home or head. And on Cyber Monday my email inbox was jammed with tantalizing offers of deals and discounts for everything under the sun: handmade beeswax candles, beaded bracelets, packages of 48-count toilet paper, clothes, food, gift cards, and even automobiles. But what caught my eye, and by most accounts the number one seasonal gift category, was the electronics. Holy moly … who could resist saving up to 66% off of last year’s Beats Studio 2 wireless over-the-ear cans, or at half-price the Ultimate Ears BOOM 2 Phantom Wireless Mobile Bluetooth Speaker that’s waterproof AND shockproof that can daisy-chain with 49 (!!!) other UE BOOM 2s? It can survive both an earthquake and tsunami at the same time and you know what?

I bought it. Amazon Prime with free two-day shipping sucked me in again. And I think it could be a game changer in my life. It’s not quite the sophisticated and sleek device with Alexa whispering today’s temperature in my ear when I wake up, but it’s going to let me toss out one of the two old-school hi-fi systems that clutter my space and I might start listening to music again in the sanctity of my home. And in the whirlwind and frenzy of the Cyber Monday sales extravaganza, I also ordered a couple of real books printed on paper, a box of a thousand packets of Splenda, one pair of shoes, three Brita water filters, and 12 tins of Altoids Peppermints. I may never leave home again.

You can follow me here at No Depression to get notified when I’ve added something new. Many of my past columns, articles and essays can be accessed at therealeasyed.com. I also aggregate and post daily on my Facebook page The Real Easy Ed: Americana Roots Music Daily. My Twitter handle is @therealeasyed 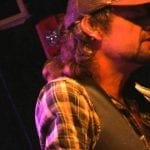 The Four Ts of Bluegrass: Tone, Taste, Timing … and Technology

How can a poor musician survive such times?