The Americana Music Awards were handed out during a ceremony held earlier this week in Nashville, Tennessee. Winners included long-time Nashville favorites like Marty Stuart & His Fabulous Superlatives (Group/Duo of the Year) and Rodney Crowell (Song of the Year), as well as Texans Charlie Sexton (Instrumentalist of the Year) and Amanda Shires (Emerging Artist of the Year). John Prine, who may as well have been dubbed King of the Songwriters, made off with the trophy for Artist of the Year while savior of country music Sturgill Simpson landed the award for Album of the Year, for his A Sailor’s Guide to Earth.

And, while all the award-giving was interesting enough, it was also a little predictable and underwhelming, compared to the performances that went down between the trophies.

One of the biggest highlights came from Album of the Year nominee Rhiannon Giddens, who took the stage with just her banjo and a fiddler for a turn on her stunning song, “Julie,” whose lyrics depict a conversation between a white woman and her black slave. The white woman cannot understand why the black woman would want to flee, and the black woman spends the song kindly explaining that it’s terrible to be anyone’s slave. And while that is an oversimplification of the song’s narrative, Giddens delivered it with arresting aplomb. Her performance was met with an instantaneous standing ovation.

Equally topical and stirring was a performance form Hurray for the Riff Raff, another Album of the Year nominee, who delivered a similarly themed, dignity-centric “Pa’lante” from their Navigator album. HFTRR singer and songwriter Alynda Lee Segarra seems to have found her voice on this latest effort, delivering a narrative concept album that speaks for the voiceless. Her delivery of “Pa’lante” was emotional and unforgettable, and also met with warm welcome.

The Drive-By Truckers rounded out a trifecta of deeply moving topical songs, pulling “What It Means” from their Album of the Year-nominated American Band album. It must be noted that these three timely releases that addressed racism and deeply held bias on a number of different levels between them were passed over in favor of awarding Album of the Year to Sturgill Simpson. It was a bitter pill to swallow — not because Simpson’s work is undeserving of praise, but rather because these three recordings were very much of the past year in music, and in America in general. When, in 20 years, we look back on the past 365 days, we will sooner turn to the appropriate context, the fitting roots, of these stunning artistic statements. Perhaps their message is too raw for many in the Americana voting field; perhaps those who voted simply didn’t have enough time to truly absorb the artistry of these three releases. Regardless, this audience seemed grateful for the performances on this night and the music is still there to warm to.

Beyond those performances, there was the ever-delightful pairing of Iris DeMent and John Prine, who charmed the crowd with their classic, “In Spite of Ourselves,” after DeMent was awarded for her contributions to songwriting. Emerging Artist of the Year Amanda Shires showed the crowd why she was so deserving of that overdue honor, then returned with her husband Jason Isbell later in the show, for a duo performance of “If We Were Vampires.” The couple locked eyes for most of the song. It was even more intimate than the equally stirring performance from Graham Nash and the Milk Carton Kids, who delivered the Everly Brothers’ “So Sad.”

And, with more great moments from Sam Outlaw, Lori McKenna, Robert Cray with his tight band, Van Morrison, and Billy Bragg & Joe Henry with a tribute to John Hartford and Glen Campbell, the Americana Awards show proved to be best at delivering great music rather than awards show spectacle. Of course, lifting up the music itself is just what you want out of the Americana community. Cheers to another great year! 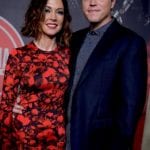 It’s Too Late to Stop Now: My Five Takeaways From AmericanaFest 2017