If Steve Earle ain’t country, I don’t know who is. But just this week, Earle’s album, I’ll Never Get Out of This World Alive, was nominated for “Best Folk Album” by the National Academy of Recording Arts and Sciences (aka Grammy Awards).

Here is what Rolling Stone had to say about the album earlier this year:

Between acting (The Wire), fiction writing (his novel arrives in May) and psychedelic calls to arms (“The Revolution Starts Now”), it’s easy to forget that Steve Earle is a country singer. He reminds you here.

Apparently both Rolling Stone and I, must check our facts in categorizing his music. Though I’ve always been under the impression that Steve Earle was a country musician, it turns out, I am misguided, despite Earle’s Wikipedia page lending evidence to the contrary, where he is cited as “an American singer-songwriter known for his rock and Texas Country.“ 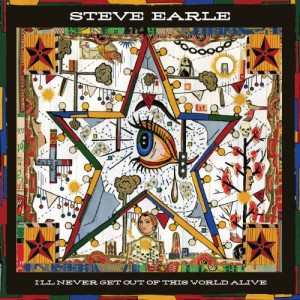 Additionally, when Steve Earle’s music comes up on iTunes, he is most frequently labeled in the genres “country” or “rock.” Still, however, despite all evidence suggesting he is a Country musician, the Grammys seems to be in disagreement, meaning that not only am I wrong, Wikipedia wrong, the music licensing companies and most reputable music publications wrong, but for the past fifteen years of his career, despite informed consensus that Earle is Country, he’s actually been playing folk. On the other hand, Top 40 Country is the real deal in their eyes: Lady Antebellum, Talylor Swift and Jason Aldean are all “Country,” but Earle isn’t.

Yes, because nothing says folk music like electric guitars, f-bombs, punk rock and Honky-Tonk, which are common themes in Earle’s work over the past few decades. Beyond that, one wonders whether or not the Academy remembers the 1965 Newport Folk Festival, because last time I checked? Bob Dylan infamously went electric there, to Folk Founding Father, Pete Seeger’s dismay.

“Get that distortion out of his voice … It’s terrible. If I had an axe, I’d chop the microphone cable right now,” cried purist Pete.

Now unless, at present, Seeger’s up in Connecticut, recording with pro-tools effects and running his vocals through a distortion peddle, then I’m pretty sure the majority of what Steve Earle has recorded, starting with 1996’s Train’ A Comin’, leading up to this year’s I’ll Never Get Out of This World Alive, ain’t Papa Pete’s folk music. Steve Earle must be an anomaly to the Academy: they have no idea where to put him, so they call him “folk” in an effort to simply include him.

Of course, this seems to be in line with a tradition of ontological follies in the history of the Grammy Awards. Their first “Country & Western” Award was given to the Kingston Trio. That’s right, the same Kingston Trio known for their folk music. Oops. 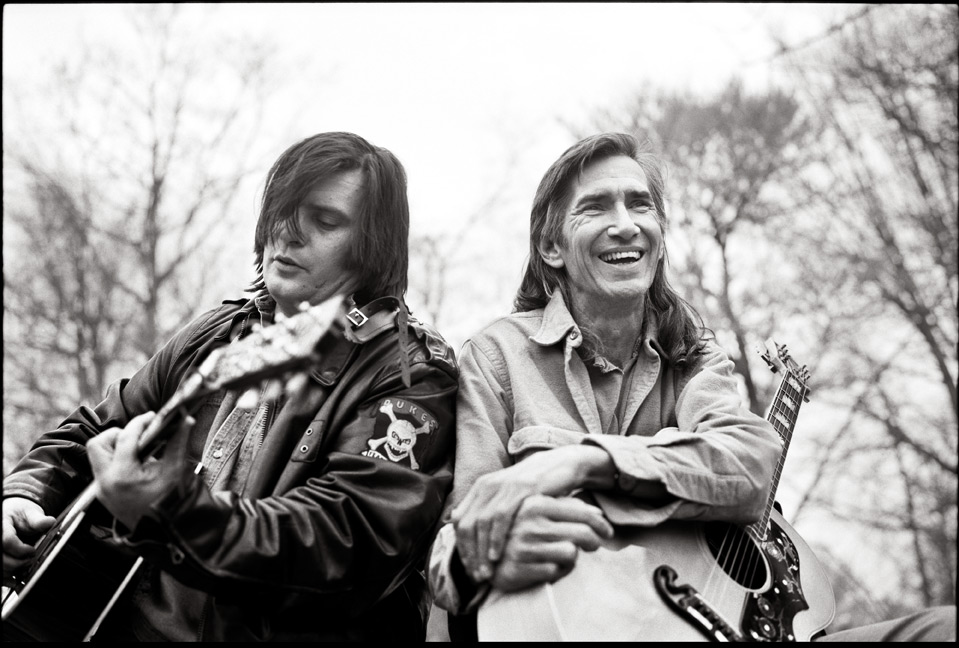 Over half century later, the Grammys continue to make themselves look like either uninformed fools or brainwashed lemmings, by putting Steve Earle under folk, whilst artists who come from the Nashville Cookie-Cutter production line are front and center in the Country category; a genre Earle helped establish and innovated.

For some unknown reason, at the beginning of Earle’s career, the Grammy awards did consider him a country musician, as he was nominated for the following:

What is truly mind-boggling, is that in Earle’s early career, his music was less in line with “traditional” country than it is today. Albums like Townes, El Corazon, and Washington Square Serenade, not only show a trend towards the purer side of Country, and further demonstrate his experimental nature, that would surly exclude him from being considered a Folk artist. With the exception of the occasional, ode to folk like “Come Back Woody Guthrie” or “Steve’s Hammer (for Pete),” there are no tell tale signs of him playing folk music. Though it is true that Earle writes, protest songs, they are more consistent with the Punk style (“Revolution Starts Now”) or Irish rebel cries (“Molly O”) that sound more like the Pogues than Pete Seeger.

Here’s an idea, Grammy folks: instead of making a special category under “American Roots” for Steve Earle, like he’s in the Songwriting Special Olympics, why not put him back where he belongs: Country. Though it might be an inconvenience to Commercial Country, Swift, Et al., can go where they belong: in a sub category under Pop with the designation “featuring the occasional steel guitar or mandolin.”

To me, that is country music at its core. Hank Williams wrote about hurt and if Earle’s latest, I’ll Never Get Out of This World Alive (titled after Williams’ song of the same name) isn’t a product of that school of thought, then I can’t imagine what is.