Welcome back to Six Mile Grove, the Minnesota band that makes a virtue out of staying put in the place they come from. This is the sixth album from these guys – maybe the third that I’ve heard – and I’ve been impressed in the past by the integrity that they exude. They have soulfulness to their work which largely springs from the plaintive quality in Brandon Sampson’s vocal, and they also have an urge to rock out that sounds like good clean American boys just blowing off the cobwebs, and is somehow all the more endearing for that.

The whole of human life is there to be found in the most familiar of small-town lives, if you’re prepared to look. Main songwriter Brandon Sampson understands this well; he digs under the appearances that people keep up (check out the title song) but he also wants to celebrate the positive aspects of plugging away at a life that, if unspectacular, is still full of solid satisfaction. On Century Farm he contemplates the steady turn of the seasons that leads him to be mucking out the barn once more as another Fourth of July comes around. On the paradoxically hard-driving For Crying Out Loudhe asks why everybody seems to live their lives with such frenetic anxiety these days. “I ain’t afraid of standing still” he declares; “work until you prove…you’re smarter than your neighbour…and still end up dead”.

These are themes that he’s visited before, but there’s always more to be teased out, just as there is with the eternal dance between men and women. The majority of these songs are actually about relationships, about the difficulties, the pleasures and the uncertainties that come as men and women work out how to live with each other. It seems unlikely that all these songs spring from personal experience but this man writes with insight, scratching at situations he observes until he unearths a nugget of truth. The one song I have a problem with is Freedom Flowerswhich seems to celebrate the role of American forces in defending (American) freedoms; it seems to me to be a myopic view of freedom, and, besides, you try talking about the defence of freedom to the families of the (uncounted) Iraqi and Afghan dead from the last decade’s violence.

As a band, these guys have been playing together for a long time and they mesh really nicely; Brian Sampson on drums and Dezi Wallace on bass continue to provide a strong backbeat whilst the work of Barry Nelson on lead guitar and keyboards is quietly remarkable. The spare, contemplative piano playing that accompanies the title song is particularly beautiful, whilst the intense work on electric guitar on the rockier numbers can sound positively ferocious even though it never dominates a song. Like Peter Buck, he can be doing really interesting things without trying to come over as the axe hero.  If this band has a trademark sound, to my ears it’s the cheerful gallop that comes as the chorus of Fight Like A Mankicks in. I think I would recognise that as Six Mile Grove if I heard it on the radio, and give a quiet cheer for a band ploughing their own furrow. 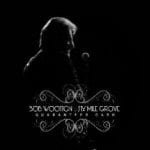