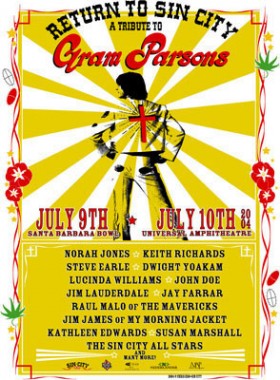 If it’s true as Gram Parsons sang in his seminal song “Sin City” that “This old town’s full of sin, it’ll swallow you in,” then what better than a savior to pull LA out of the abyss?

Los Angeles has long been defined by its highways, its disparate communities, its glitz, gloss and general shiny applique. Yet, conversely, the Greater Los Angeles region gave us the sounds of Canyon Country to Cosmic Americana to Outlaw country. Still, in a city so spread out with a winnowing club scene, promoting the good bands that do exist here and bringing the roots community together, has long been quite an undertaking. Where many had tried, Sin City Social Club originator and chief organizer, Shilah Morrow succeeded.

Morrow, born and raised in an LA suburb by parent’s that exposed her to birthday parties where Bob Dylan played in the living room, is a childhood friend of Polly Parsons (Gram’s daughter, who is her “fearless” partner in crime), had climbed the corporate music ladder in New York at Atlantic Records, serving in their marketing department. As she spent time traveling with label band, The Bottle Rockets, during the days of the burgeoning Alt-Country scene, something kept gnawing at her. That is, a homesickness for LA and a homesickness for the Rootsy Rock music she loved growing up. 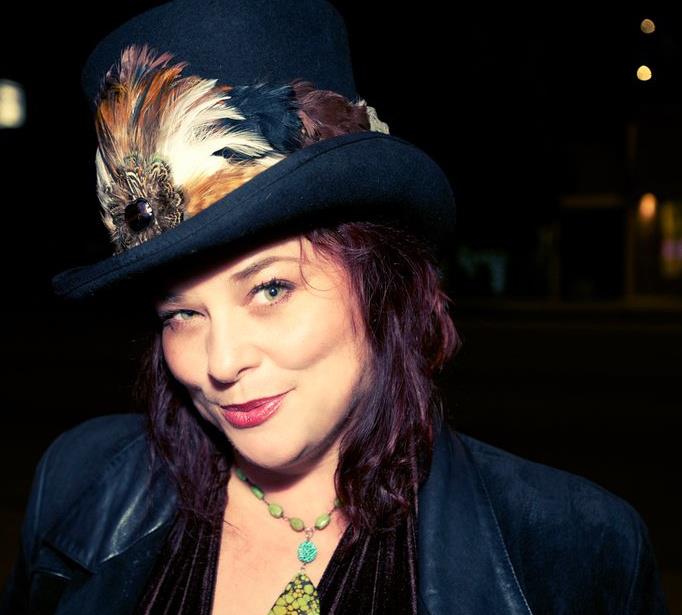 “Back in the day when I was traveling with the Bottle Rockets, I realized that there were all these great roots rock and outlaw country and alt country markets in Chicago, Atlanta, in Minneapolis. But nothing was going on in LA, and that was really tragic to me because, you know, LA was really the home of country rock,” recalled Morrow of the time in LA when bands weren’t really playing to the public, but playing to get a deal.

With a magnetism that draws out the best in people paired with business savvy, great taste and incredible stick-to-itness, “Mama Shi” took her marketing know-how and stepped in to help Sweethearts of the Rodeo originating partners Lisa Jenkins and Piper Ferguson at a time when their outlaw country club wasn’t really finding it’s stride. The Sweethearts club soon moved to Molly Malone’s and helped to solidify the community of like music lovers who had long been sinking into the aforementioned abyss.

The weekly jam session was the springboard for many local players and acts that are still active in the community today. It culminated with a star-studded tribute concert, Gram Parsons, Return to Sin City. The concert, available on DVD, featured the Sin City All Stars along with James Burton and Jim Lauderdale holding enviable spots in the house band for John Doe, Steve Earle, Jay Farrar, Raul Malo, Dwight Yokum, a then-emerging Jim James, Norah Jones and Kathleen Edwards, along with heavies Lucinda Williams, Elvis Costello and Keith Richards. 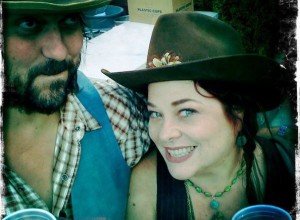 The success of the Sweethearts series lead to the formation of Sin City Marketing and the Sin City Social Club. Denoted by those who took up the Sin City biker patches that Gram, Emmy Lou even Linda Ronstadt adopted back in the 70’s, dozens of free Sin City samplers, and the highlight Sin City SXSW Showcases and Party held annually at SXSW, the group is celebrating it’s 10 year anniversary at the giant music festival taking place in Austin this week. The Sin City Social Club 10th Anniversary Bash as always, will be at Maria’s Taco Express on Friday the 16th starting at 10:30 am. This free, open to the public party features LA’s own Far West, Jonny Kaplan and the burgeoning band the Record Company. See line-ups and set times below. The Official SXSW Sin City Showcase will be Wednesday night, March 14 at Saxon Pub in Austin. 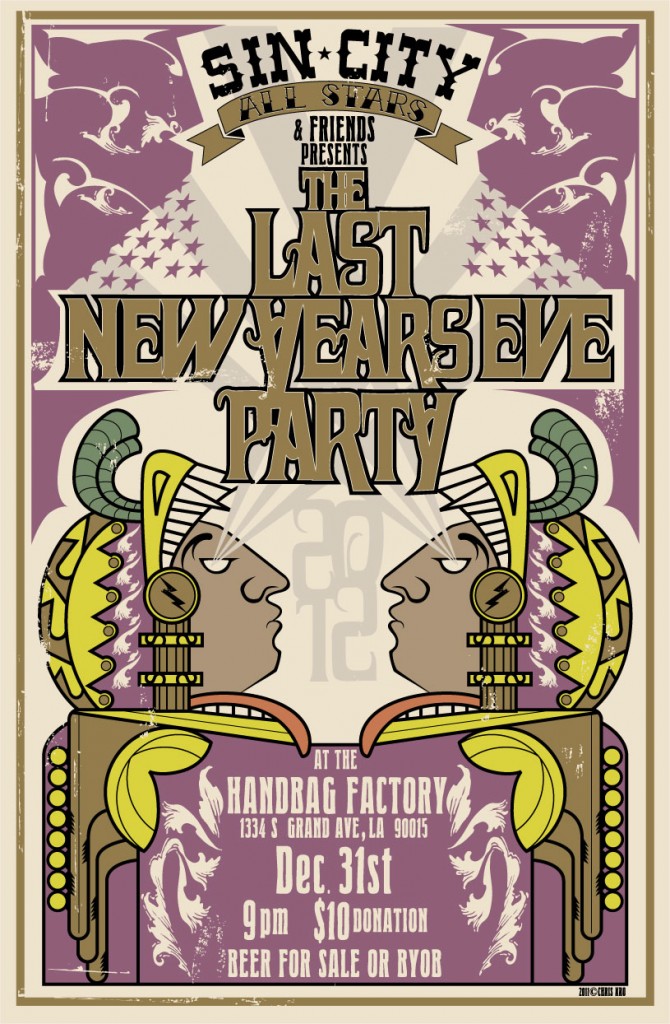 “I’ve got the tools to gather people on line or in person [to] celebrate music, and that’s what Sin City Social Club is all about,” stated Morrow.

By connecting dots between fans in the community, and artists and labels in the movement, the 10-year run of the Sin City Social Club has lived up to it’s original mission. In recent years Sin City Marketing has been using email, social networking to continue reaching roots music fans in Austin, Nashville and LA, where Morrow still maintains strong ties.

“I’m happy that there are pieces of the community that were spawned from what we did. Kim Grant with the Grand Ole Echo. Julie Richmond and Bliss Bowen. And the Cinema Bar doing their thing. And there’s new stuff you know. JD Bender is finally doing a thing on the Sunset Strip. And then the whole downtown scene, the Redwood Bar and Villain’s that I haven’t been to yet, but hear great things about. Everyone’s got their village,” says Morrow as she embraces the thought of life in the LA scene today.

“That’s all I ever tried to do. Be the glue and galvanize people. You set the stage and the right environment for people and let the magic happen. And let the artists take it from there,” she continued.

For those Turnstyled, Junkpiled readers from LA who are going to SXSW this year, be sure to give “Mama Shi” a big hug and thank her for picking up the torch and keeping it burning for roots rock lovers and bands in LA. You can say “thanks” personally by dropping by either of the Sin City shows taking place this week.