On my map, Appleton Wisconsin is about a half inch north of Milwaukee, and maybe slightly less than two inches to the right of Minneapolis. My friend Sandy Dyas was worried needlessly last night about driving back home to Iowa City this morning, because there might have been a storm coming in. But I can report that she is home safe and sound. Sipping wine on her couch and resting.

She wrote to me: “After seven hours of driving (not always such great roads…) I am now HOME! and so happy to be here. This is the BEST show I have ever made. It is due to a lot of things, but the gallery really helped me create an interesting and connective space. And i also used three video monitors with pieces i have made – they formed sort of a triangle in the circular room.”

This show she speaks of is as important to a photographer as to what a night at the Whiskey or Bottom Line means to a musician. A chance to show off your best stuff, get recognition and acknowledgment for your hard work from both fans and peers, maybe sell some of the books you’ve published. It comes after she Kickstarter-ed a new book of her work titled “my eyes are not shut” which she published two years ago this week. (Available here.)

Lawrence University, which was founded in 1847, is a small but prestigious institution and  uniquely integrates a college of liberal arts and sciences with a nationally recognized conservatory of music, reached out to Sandy with a pretty sweet deal. At the Kohler Gallery inside the Wriston Art Center, her large exhibition opened the other night with a lecture and reception and will be on display to the public through March 16th, 2014.

Those of you who have been reading my posts here at No Depression these past five years probably are well aware of Sandy’s story and incredible images. For those who are not, I’ll tell you that Grant Alden would sometimes pluck her work out of the piles he’d receive from artists, managers and record labels, and feature them for stories in the magazine…back in the day. I can tell you she is a major music junkie and being based in Iowa City, she’s tight with everyone in that scene.

Her official bio reads like this: Sandra Louise Dyas is a visual artist and a Lecturer in the Art Department at Cornell College. She received her MFA in Intermedia at the University of Iowa in 1998. Her first book of photographs entitled “Down to the River; Portraits of Iowa Musicians” was published by the University of Iowa Press in June 2007.

About the new book, Sandy says “Drawn to people and environments and especially light, my camera is a way of recording life as I see it. I strive to create a collaborative and authentic portrait of the ever-changing, strange and beautiful world we live in. This book is a collection of people, places and things I want to hold on to and remember.”

She’s put together a short video where she speaks about how she developed a passion for taking pictures, and how she chooses the best of the bunch. And below a little bit we’ll show you the final selection. The voice of Sandy is layered here, so don’t think it isn’t streaming properly. You know…artsy effects.

The young woman is Caroline Louise, and this was shot in Andrew Iowa for the 2013 project “Lost In The Midwest”.

The very best way to share my feeling about the work that Sandy does is to share it with you. In a world where everyone has a great camera built into their phones, where you can edit on Instagram and publish to thousands of eyes on social media in minutes, I imagine that the life of a professional artist is not very different from a musician. You Tube, Spotify, Pandora and the handful of downloading sites still out there make it tough to derive a revenue stream. Sandy is one of the lucky ones who has a ‘day job’ at a college, and is in demand for her incredible portrature abilities.

Take a look at some of her work.

Her personal blog. (Where she has all the links to my posts featuring her work, right here at No Depression)

And maybe if the spirit moves you, take a trip to Appleton. 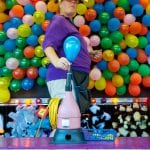