In the opening track of KMAG YOYO (& other American stories)

,  Hayes Carll croons, “I’m like James Brown, only white and taller.” While Carll may not be the Godfather of country soul, his fourth album certainly solidifies that he’s a made man in the honky-tonk cabal. For someone whose songs infer the persona of an erratic slacker, the Austin-based singer-songwriter’s output has been awfully damn consistent. He has not released a throwaway tune yet, and, at his best, has penned some outright sublime songs. Carll is not blessed with a golden voice, but he knows how to make the most of his scratchy drawl as he swerves between Texas-sized swagger, self-mocking one-liners, and heartfelt vulnerability. More than anything, KMAG YOYO is a reminder that country music is not dead yet, despite Nashville’s best efforts to smother it in hair gel and software plug-ins.

Carll is a sort of Charles Bukowski in the age of anti-depressants. He’s a poet for thoughtful roughnecks and ne’er-do-wells, but the seething rage and contempt of earlier generations is replaced by a world-weary shrug of the shoulders at life’s absurdities. That’s not to say that Carll is wholly apathetic, because his songs have often flirted with politics, albeit through some hazy, last-call beer goggles. That drunken haze is sharpened with a bump of speed in the album’s rollicking title track. “KMAG YOYO” (a military acronym for “Kiss My Ass Guys, You’re On Your Own”) tells the story of a young soldier in Afghanistan who finds himself manipulated by Pentagon suits and disillusioned with the war. Carll’s civic sensibilities tread more familiar ground later in the album as his Dude-like Zen recognizes a drunken fling can be as politically enlightening as a C-Span symposium. In the duet, “Another Like You,” Carll’s barfly liberalism leaves the raspy spitfire Cary Ann Hearst

unimpressed as she calls him “Taliban” before admitting “I gotta hand it to you, there’s a chance I’m gonna screw you.” Hearst’s sassy, gravelly delivery is a song-stealing performance, and Carll seems to be comfortable sharing the spotlight as KMAG YOYO invites some more songwriting friends to the party.

join Carll on “Bottle In My Hand,” a jaunty song with the flavor of a lazy Irish drinking jig. The tune is a bittersweet love song to lives devoted to hard scrabble traveling, hoping to change the world with only three chords and the truth (or at least some well-crafted lies.) A similar theme is explored in “Hard Out Here”, but Carll takes the reigns of this honky-tonk anthem himself with the exception of some intentionally sloppy background singing from what sounds like a bar full of Hank Williams, Jr. fans, circa 1983. Finishing the trilogy of road songs is a down-tempo bluesy ballad “The Letter,” which Carll describes as “sort of my postcard home, in that I spend two-thirds of my life on the road.” When he sings, “I meet some wild people out here, those that are pretending and others more sincere; a few that outright scare me, and ones that I hold dear,” you can feel the forlorn state of a musician who is probably as familiar with the denizens of cheap motels and tour buses as he is his own family. 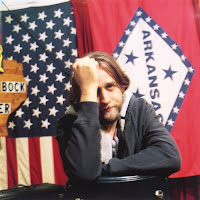 Carll further indulges his more wistful side in the banjo-tinged love song, “Bye Bye Baby.” In some ways, this is where Carll is at his best, penning tunes of melancholy wit and sensitivity, free from the need to deliver punch lines as catchy as his band’s guitar hooks. Anyone whose found themselves alone and lovesick when the bar winds down can relate to the line, “Now the drunks have turned to strangers and the stars are out of tune, as I think about the one who might have saved me. I know you’re out there somewhere between the highway and the moon. Oh, bye-bye, bye-bye, baby.” Songs such as this manifest the tender side of Carll, which one feels is only barely hidden by his more raucous honky-tonk screeds. Of course, there’s nothing wrong with those carefully-crafted punch lines competing with crackerjack guitar hooks, and “The Lovin’ Cup” delivers on both counts. With a pedal steel, stripped down drum kit, and a string of churning metaphors, the song bounces its way through the best of 70’s country, but never feels like a throwback novelty. To some degree, this is the description of Carll’s entire artistic output.

One could easily draw comparisons to prior artists in describing Carll. But, like all great musicians, it’s the Texan’s synthesis of influences ranging (I presume) from Dylan to Buck Owens to John Lee Hooker that result in a unique sound paying homage to its elders by paving its own way. KMAG YOYO clears that road a little further, though, thankfully, it retains a lot of well-worn dirt and gravel in the asphalt.

is available from Lost Highway Records on February 15th.

THROUGH THE LENS: ND Photographers’ Favorite Roots Music Gigs of 2020