What do Sheryl Crow, Sean Rowe, and Father John Misty all have in common? Well, sonically, almost nothing aside from (maybe) attending the same Big Tent Americana genre party — and even that’s a tenuous connection. Instead, these three artists, each with new albums out, are attempting to give fans either a glimpse of newness or an aural vision of old familiarity. In the case of Sheryl Crow’s Be Myself, the songwriter has attempted to harken back to the sounds of her eponymous album from 1996. Sean Rowe delivers a brand new artist’s story on New Lore, and Father John Misty shaves his ironic beard (literally and figuratively) while openly re-examining the satirical character he’s built on stage. Also on the blog this week, check out the premiere of Peter Bradley Adams’ delicate acoustic ballad, “A Face Like Mine.” 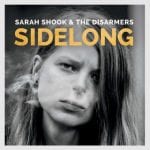 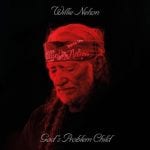