My return to church last summer was at least unintentional if not quite accidental. I’d been to two services in 30 years; one Christmas Eve mass and one United Methodist Mother’s Day. Meditation and Buddhist teachings suit me. I’m not a diehard follower, but I appreciate the insight, clear instructions, and the bent toward stewardship—a value I still hold, or can’t shake, from my northern rural protestant upbringing. I thought if I went back to church it would be with the Unitarian Universalists or maybe a progressive Episcopalian congregation. If there were a Quaker service nearby, I might try that. People not talking suits me, too.

It didn’t occur to me that my reentry to the Sunday morning service tradition would take place down by the riverside in Tennessee. It started when a loved one, that’s the official term, enlisted for several weeks of rehabilitation. My loved one was, not unreasonably, short on loved ones to pick from at this point in time and there I was.

The intake counselor explained Sunday visiting days to us. Since it was kind of a drive for me, he told me that I could come early and tell the gate guard I was going to church. That way I could be there for a few hours and get back on the road before late afternoon. I thought it was kind of a wink wink way to beat the system. “Just tell them you’re going to church,” he said. I appreciated his candor and thanked him for the tip.

The first Sunday my loved one was allowed to have visitors, I left in time to buy him a carton of cigarettes, put gas in the truck, and get to Nashville by ten o’clock. When I arrived, I told the gate guard I was going to church and she told me where to park and to sign in at the visitor center. So far, so good.

At the visitor center, I handed over the cigarettes (they needed to be searched) and put on my name tag. The clerks told me they couldn’t page my loved one because church had already started. A roadblock. The bells were ringing, and I had seen people milling outside the door, so it hadn’t really gotten rolling yet, but rules are rules. Especially at rehab. They told me all residents were required to go to church, so I should go and look for him. I told them that wasn’t our plan. I told them I don’t go to church, that I don’t even drink. They reiterated the policy. Every resident has to go to church and I should go there, too. I walked to the sanctuary and cursed my loved one, under my breath, all the way there.

The room was packed full of friends, families and loved ones. Some men were bringing in extra chairs and placing them behind the back row, along the walls, and in the corners. I chose a corner by a door. I scanned the multitude of heads for my loved one. I didn’t see him, so I adopted a more methodical approach. Head by head, row by row, I looked for the back of his head, then for the two types of hats I knew he had packed. My loved one was not in that service. Yet, here I was at rehab church with nowhere to go and no way to contact him.

The service followed a conventional format, albeit with some unconventional attributes. There were announcements, there was music, there was something similar to prayer. Before the message, the pastor—was he ordained I wondered, introduced a performer. A man who looked about like you’d expect a middle-aged Nashville country singer-songwriter in a movie to look approached the stage and took a guitar from a stool. With a voice like molasses in late April, he introduced himself by his first name and his substance abuse. Everyone said, “Hi, John.” That’s not his real name, but I signed a confidentiality agreement. John talked a bit about his journey and played a song about a man who wasn’t doing so well. The man in the song wasn’t quite like the narrators in the “I drank too much and screwed up my life” songs we’ve all heard, though. This man knew he’d screwed up and wished he hadn’t, but he was working on himself. He wasn’t giving up or blaming anyone.

It was the sort of song I would have found cheesy in the past, but in this environment, it touched me. It was the raw kind of graceful. The audience was touched, too. I mean, the congregation. The next song was about a man who made amends and improved his life. It was hard work, but he was doing the work. I was, against my better judgement, moved. As a long-time fan of traditional and alt-country music, I’ve grown tired of “I drank and screwed things up/Poor me/Guess I’ll drink again” songs. One does when one has loved ones. But I never expected to really appreciate the kind of songs that John sang. Once upon a time, they seemed too obvious. Now they seemed just right.

Then it was time for the message. The context wasn’t reliant upon the existence of a higher power. The pastor talked about personal struggle and about doubt, and he didn’t apologize for it. He embraced his doubt. He lived with it. He let it spark other types of thoughts and reactions. It was structured like a sermon, but with a western Buddhist sensibility and a message that “Man, are we all screwed sometimes, but here’s what we can do.” I caught myself thinking “I’d like to hear this guy again. My loved one would probably dig this.”

When the alt-disciple was done with the “sermon,” John came up to do one more song. It was another one about renewal and growth. About accepting a personal type of grace if not a universal one. It was casually positive. It hit me then like a ton of bricks. Oh my God, there must be a whole genre of recovery songs. It makes sense, but I hadn’t thought of these songs as a collective before. It hadn’t occurred to me that people might get together somewhere to enjoy these songs. Then I remembered the time our church rented a bus to go to the Billy Graham Crusade at the Pontiac Silverdome. There were clearly people on that bus going to see Johnny and June. It’s why sixth-grade me went.

There was a stand up and share your blessings or your challenges section of the service. It was like popcorn testimony from Sunday night church when I was a kid, but without a “Praise God” every two sentences. People stood up and related their successes, such as their sober days or positive thoughts, or they simply said things along the lines of “I’m an addict and I’m grateful to be here.” At every turn I expected it to be like conventional church or like an AA meeting and it was neither.

When it was time for the service to wrap up, I had forgotten my annoyance at having to be there in the first place. But then, there was a share the peace type moment and I am not a shake hands and hug type of person. Especially not with hundreds of strangers. I have default evasive moves in this type of situation and they kicked in. Stay seated. Lean slightly forward, keep butt firmly in chair. Vary glances from wall to wall to floor. Don’t make eye contact. On my third sweep of wall to wall to floor, the pastor caught my eye. Looking right at me, he was a Zen eagle perched on the pulpit who had been studying my behavior. I looked down, but I knew I was a goner. He headed straight for me. Sure, he stopped and greeted a few people on his long flight from the front of the church to the back, but I knew he was coming. He shook my hand. He was kind. I survived. I was ok, if a bit disgruntled. Before it was all over, everyone was supposed to hold hands and recite the full Serenity Prayer together. Like Whoville if Whoville was full of drinkers, addicts and loved ones. Maybe Whoville was. I don’t know. God bless the teenager who looked as uncomfortable as I felt and took my left hand. Someone else took my right and I made it through without dying or killing anyone.

When we were released, I went outside and stood in front of the building, my purple hair shining in the sun. I figured my loved one couldn’t miss me. After a few minutes, I asked for him to be paged again. When he finally showed up looking happy and relaxed, I said, “I had to go to church. They told me everyone had to go, but you weren’t there.”

He said, “Oh man, I’m sorry. I told them you didn’t like going to church.”

“The guys at meditation.”

It turned out that everyone had to go to church or to meditation. And my loved one, who knew I meditated, and who had received books by Pema Chodron and Thich Nhat Hanh from me within the past 72 hours, hadn’t thought to mention it to me ahead of time.

I said, “I had to hold hands with strangers!”

My loved one laughed at me. At lunch, a resident’s kindly mother tried to draw my loved one out about his interests. She asked, “What do you like to do?”

“Drink,” my loved one said.

It was funnier than it should have been. At least to us.

After walking the grounds and saying goodbye, I drove home. I listened to old-fashioned gospel, country and Americana on the radio. I spent time reveling in my epiphany of there being a recovery genre. Not Recovery™, but the genuine process of regeneration after a fall. I wondered which songs by well-known artists who I knew had stayed there, and others, might be their signature recovery songs. I stopped in a parking lot and wrote notes, so I wouldn’t forget. Might this one or that one be the recovery song on a particular album. Songs about honest growth and renewal would become my new jam.

When I got home, I laughed to a couple of friends about getting caught in rehab church. I was laughing at myself, mostly. I admitted that if I didn’t go back I might be afraid I was missing out on another good performance. It was true. But it wasn’t just fear of missing something good that made me want to go. I had a desire to go back to rehab church, to listen to a pastor who said things like “When I’m in active addiction.” Not because of the addiction angle or the specific environment, but because the admission of frailty without beating himself up had been refreshing to my soul. He hadn’t higher-powered anyone. I had a longing to hear more recovery hymns sung by people who were really putting it out there. A longing to be around articulate people who admitted to screwing up and wanting to grow. I went back. More than once. 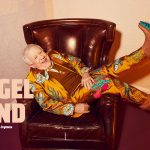