Outlaw: Waylon, Willie, Kris, and the Renegades of Nashville by Michael Streissguth describes in vivid detail a time of turmoil in Nashville and in the music business when country music, as represented by the corporate image or RCA’s country music division with Chet Atkins as the chief of the Nashville office, had reached a point of over production and artistic decadence which challenged its listenership and sales. Streissguth describes a time when Chet Atkins and Owen Bradley pioneered the “Nashville sound” by merging soft rock with traditional country and adding crooning strings to develop a marshmallow sound needing refreshment. Into this environment came three singer/songwriters nurtured in Texas and seeking their own ways of expressing themselves. Waylon Jennings, Kris Kristofferson, and Willie Nelson didn’t fit the mold that Atkins and men like him tried to force them into. By finding their own sound and audience in a changing Nashville, they established and maintained careers on their own terms that broke the corporate hold on music and established the independence of performers. Johnny Cash, of whom Streissguth has written a standalone biography, paved the way for the outlaws to cast off the strictures imposed by the studio system, being the first artist allowed to record with his own band, rather than the stable of willing and able session musicians available in Nashville, and to work out his own arrangements in the studio at Columbia Records. Complaints about contemporary country-pop sound seem eerily similar to those regarding the Nashville sound of the 1960’s produced by Chet Atkins. Overproduced and disregarding the authentic sound of the artists and song writers themselves, it lost contact with its roots. The outlaws, in their counter-culture rebellion, looked at the world, creating the anger,and loss they found there that no soaring violins could reproduce.

Nashville in the 1960’s was torn between the cultural forces of a traditional southern segregated city and one changing and responding to the emerging forces of the alternative culture of the students at Vanderbilt University. The black music scene accompanied by a more open society provided more alternatives in music as white students sought out the black clubs as well as the emerging rock and roll and rockabilly scenes.. A club called the Exit/In became a center for this ferment. Waylon Jennings, Willie Nelson, Kris Kristofferson, and Johnny Cash appealed to this group of consumers who represented change and had the money to support the new sounds. While revered as a great guitar player from the 1940’s and 1950’s, Chet Atkins, as chief of RCA in Nashville, represented the conservative elements of the city aristocracy and country music in resisting the energy, innovation, and change represented by the singer/songwriter musicians who became the Outlaws. The artists presage the crossover appeal of certain artists, and perhaps the problem, too, wherein “crossover” is a rejection of purity of genre. Sacrificing genre for the personal muse appeals to a broader spectrum while leaving those committed to genre purity are left out in the cold, rejected, even angry. The artists live on “the border between conformity and the outlaw life.” 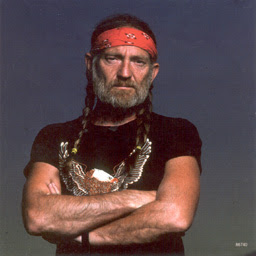 Willie Nelson, born in Abbott, TX in 1933, arrived in Nashville as a young, neat, and carefully groomed country singer who, while recognized by some, never really caught on until he returned, in the late 60’s to Texas, where the Austin music scene was just beginning to emerge. He allowed his hair to grow long and began writing and performing a large number of songs which were recorded by others and, as he set out on his never ending bus tour, became a recognized character whose persona reflected the merger of cowboy values with the hippy counter-culture which was borne out in his well-known use of marijuana. When he returned to Nashville, he had sufficient audience to demand and get the right to record with his own traveling band in his own idiosyncratic style. Introducing his audience to re-styled pop classics as well as his own compositions, he forged a huge career. 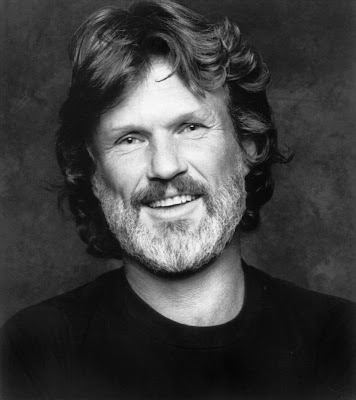 Kris Kristofferson, born in Brownsville, TX in 1936, was the son of a career air force officer who moved frequently, He settled in Southern California where he was recognized as an athlete and scholar. Graduating with honors from Pomona College, he studied at Oxford on a Rhodes Scholarship. Later, as an army helicopter pilot, he began song-writing and performing. His break out hit, Me and Bobby McGeem, propelled him to a career as a song writer and later increasingly polished performer. His good looks and ironic, laid back personality also brought him to Hollywood, where he experienced some success. 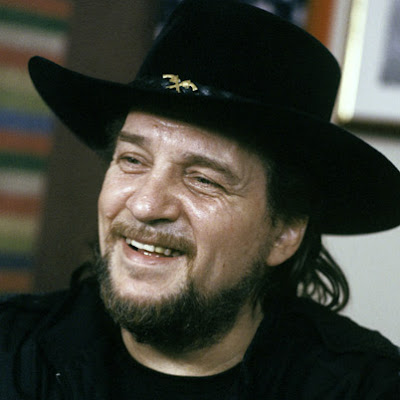 Waylon Jennings, was born in Littlefield, TX in 1937, where he began playing guitar at an early age and was soon working in radio. He famously gave up his seat on the plane in which Buddy Holly was killed in 1958, a decision which apparently caused him much guilt later on. He performed to limited success until he embraced the outlaw image in the early seventies. His recordings of Wanted! The Outlaws and later with Kristofferson, Nelson, and Cash on The Highwaymen helped identify his connection between country and rock and roll which gave him a crossover appeal to a number of constituencies. His life and career were shortened by his extensive use of narcotic pills and cocaine.

Streissguth, sometimes uses language that moves forward like a hipster riff befitting the times, sometimes loose and impressionistic as if his prose meshes with the sex, drugs, and rock & roll of the 1970’s. At other times, his account is more restrained as he details the interactions and political struggles between emerging independent producers and large music production companies as they vie to reach out to audiences having more musical choices than ever before. Chet Atkins and his contemporaries from the 1940’s into the mid-sixties are portrayed as dinosaurs seeking to enforce the use of outmoded production standards and styles to a new and younger group of performers and song writers who were responding to emerging social and political strains in society. He notes that at a performance of the Grand Old Opry in 1972, Alabama Governor George Wallace sat front and center while Richard Nixon played piano from the stage of the new Grand Old Opry on Music City Road, while times they were a changin’ as Bob Dylan and Ray Charles recorded in Nashville. He captures the excitement of the loosey-goosey vibe of the 1970’s Nashville in it’s relatively short lived days of artistic freedom coupled with the personal license the period represented. 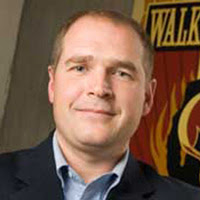 Michael Streissguth is a professor in the Department of Communications and Film Studies at Le Moyne College in Syracuse, New York. He is the author of several books, including Johnny Cash: The Biography. He has produced two documentary films: Record Paradise and Johnny Cash at Folsom Prison.

In Outlaw: Waylon, Willie, Kris, and the Renegades of Nashville (!t books, 304 pages, June 4, 2013, $26.99), Michael Streissguth has captured the excitement and danger of the Outlaw movement as well as its power to represent, if only for a brief moment, the sense of freedom it represented. The book is somewhat flawed by its heavy reliance on liner notes, a notorious medium for picturing artists in only their best lights, but by referencing numerous other sources, including extensive interviews with people who were there, he recreates an age which takes on greater importance as the battle seems to continue today in a world gone digitally mad, searching for a standout sales force which has spawned Lady Gaga, Taylor Swift and performers nurtured by the quasi-democratic American Idol and its imitators. This book is must reading for those interested in the history of country music as it represents changes in our politics and popular culture. I received the book as an electronic galley from Edelweiss and read it on my Kindle.

This Book Review is a selection from my blog “Ted Lehmann’s Bluegrass, Books, and Brainstorms. If you enjoyed the review, please visit my blog. Also, if you intend to order the book, please consider ordering it through the Amazon link on my blog.
0
Shares