The No Depression Community’s Top 50 Favorite Albums of 2012 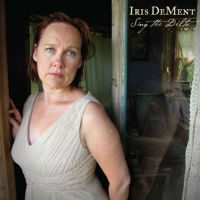 “[The year which just passed] was a great year for new music.” So say critics far and wide, pretty much every single year as they gather their words to present a Best Of list yet again. But this year feels different. Twenty-twelve was a really impressive year in the world of Americana/roots/folk/indie/alt/country/whatever music. If there were some kind of gauge of this sort of thing, I might hypothesize that 2012 was one of the best years for “Americana music” since the term started accruing meaning.

There were [quite good] new releases from some of the most talented, long-lasting path-forging superstars (Bob Dylan, Leonard Cohen, Paul Simon, Dion). There were surprisingly fantastic debuts (Alabama Shakes, the Lumineers, John Fullbright). And, there were several memorable releases from artists who have been around for years but are just beginning to hit their stride (Justin Townes Earle, Anais Mitchell, Corb Lund).

Perhaps most remarkably, this year saw the greatest consensus among our readers for the albums which comprise the Top 10 of this list. In fact, to consider the albums which fill those top ten slots is to get a great example of the diverse and creative styles which make up the world of music we here at ND so love.

Since a few albums released in 2011 received enough votes to wind up on this list, and since we had an instance of ballot stuffing, we have adjusted the list accordingly.

Without more analysis, I hereby present to you the No Depression Community’s 50 Favorite Albums of 2012:

In addition, we asked our most frequently featured bloggers to cast their ballots for a bit of a “critics poll”. Since No Depression doesn’t employ a staff of writers, these are all folks who post here on their own, because they like to. They just happen to all have a taste in music and writing style which we recognize as being the cream of the ND community crop. We’d like to thank them for not only submitting their lists for this Featured Blogger Top

**Editor’s note: The initial tally of this featured blogger list was incorrect and had not, in fact, taken one or two lists into consideration. It was a very close vote nonetheless and we are not scientists. After a re-count, the list posted below is a more representative tally. Apologies for any confusion.

For more info, check out this itemized masterlist of all the lists submitted for this featured bloggers poll.