Because lists are fun, because I was born on 7-7-77, which makes me feel a certain kinship with days like today, and because everyone always enjoys hearing new music…without further ado, here are nine songs to download today, 9-9-09:

1. “That Moon Song” – Gregory Alan Isakov (mp3)
If you’ve been around this site for a little while, you’ve seen both Kyla and I recommend you check out Gregory Alan Isakov. His new record, This Empty Northern Hemisphere is one of the most beautiful records I’ve heard this year, and this song is one of my favorites. The instrumentation feels like a boat pitching against the sea, and the vocals embody a certain melancholy romance.

2. “Tall Green Grass” – Cory Branan (mp3)
This is a perfectly lovely little smitten song, maybe more suitable to the middle of hot summer than the weeks leading to its end. Nonetheless, Branan writes good songs. He sings them like someone just woke him up and asked him to sing, which is to say earnestly and unpolished. There may not be big, sweeping melodies, but the way he lets the words out is musical in itself. Once you’ve checked this out, I’d recommend finding the stuff he’s done with John Snodgrass, should you feel compelled to explore his work further.

3. “Sunken Eyes” – Weinland (mp3)
This Portland-based band makes music full of sadness. You can feel the dark hallways in this tune, despite the light the keys hint toward at the end of the song. Portland bands have a way of soundtracking chilly rain, and this tune is another good example of that. Something with which to prepare for the inevitable shift toward autumn, perhaps.

4. “Out of Bed” – Jack Wilson & the Wifestealers (mp3)
This is one of my favorite Seattle bands, though Wilson kicked off his musical pursuits down in Austin. This tune is one of the best from their debut Life’s a Movie, which dropped last year. Its folk-hymn melody and tight harmonies make it memorable, but that the Wifestealers’ large band makes the instrumentation sound sparse is notable. They’re in the studio making another record now, no clue when that one will drop, but probably early next year.

5. “Simple Thought” – Rose Cousins (mp3)
Some people just sing you into a whole different mood; Rose Cousins has that power. It’s occurring to me now that I’m unleashing quite a bit of melancholy on you with this list. I’ll try to pick it up with the next few songs. But, it’s hard to shoo away melancholy as lovely as Rose Cousins conjures up. This is a love song, mind you, but it still manages to make love sting.

6. “Dreams” – Brandi Carlile (mp3)
This isn’t exactly a pick-me-up, but at least it’s a little more upbeat. It’s also not the best song on Carlile’s upcoming Give Up the Ghost disc (out Oct. 6), but none of the great tunes are available for download yet. “Dreams” does a fine enough job of making sure we all know Carlile can do more than just croon. She can write a solid pop chorus without even verging on saccharine. Her guitarist packs a nice teaser of a 2-second rockabilly solo in there, while her voice approaches almost every reach of its dynamism. And it’s an easy one to sing along with while you’re driving, which is not for nothing.

7. “Cotton” – Sam Baker (mp3)
It’s still a little early to start making up year-end lists, but you can bet Sam Baker’s C o t t o n will be on my Best of 2009 list whenever I get started on it. Baker’s gift is writing story songs that tell more than one story. There are so many elements at work here, you have to listen over and over to get them all. From the background “na na nas” to the somewhat pained “Hallelujah”, the guitar solo that plays like stretching a wad of cotton out, and the lyrics themselves, there are a number of layers to get through here. Expect this song to reveal itself slowly over time.

8. “Will This End in Tears” – Belleville Outfit (mp3)
You know what? Sad songs are just better than other songs, so we’re just going to roll with this. The Belleville Outfit does a splendid job of pulling together jazz, folk, country and various other styles, often all in one song. This particular song is a classic-style country tune, complete with sad fiddle runs and well-punctuated vocal harmonies.

9. “Restless” – Langhorne Slim (mp3)
Langhorne Slim’s follow-up to their 2008 self-titled album is due out on Sep 29. So, if you’re still unfamiliar with their work, may as well start with something they’ve already released, which more or less pulls from a spirited mix of punk, folk, country, and blues-rock. This band churns up an enormous amount of energy in their live show, so I’d recommend you catch them live before picking up a record (or grab a disc at the show). They’re on tour now, as they almost always are, and you can check out dates on their MySpace page.

That’s it. Feel free to reciprocate with nine songs I need to hear today. 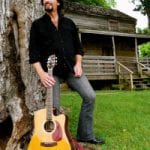 A conversation with Clinton Gregory 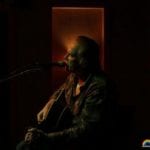