In early 1955, my 14-year-old father went over to his girlfriend’s house on a Saturday night. A few minutes after he arrived, and was sitting on the girl’s living room couch with her parents in the other room, the phone rang in the hallway.

It was my grandmother, and she wanted to talk to Dad.

My father was mortified — the Methodist version of teenage guilt in the 1950s — but dutifully went to pick up the phone.

“Turn on the Louisiana Hayride,” my grandmother said. “I just heard this guy perform and he’s coming back in a little while. He’s going to change everything.”

The “guy” was Elvis Presley.

Music has always been a huge part of my life, even though I can’t sing, dance, or play an instrument. A good song, no matter the genre, appeals to my artistic sense as a writer and storyteller. Finding a compelling, talented new artist or group brings with it a sense of discovery and wonder.

I have a profound appreciation for artists of any kind who are willing to lay it on the line for their passion. This is true for my children, and is one reason I believe so strongly in being honest through my writing and imagery.

I get my love and appreciation of music from my father and paternal grandmother, who died in 1989 at age 83. In addition to being a packrat and chronicler of life, my grandmother was an explorer when it came to music. When she was almost 80, I came home from one day and found her watching “The Last Waltz,” the 1976 documentary of The Band’s final concert. She thought it sounded interesting, although she had trouble understanding Bob Dylan.

Grandmama could whistle a symphony or add a jazz-like hum to a country song. She loved to sing at church, and her cousin Bessie told me she loved to dance, especially during her single years in the 1920s that she rarely discussed.

In the 1950s, the radio was always on, and Saturday nights — with few exceptions — were devoted to the Louisiana Hayride. The show was broadcast from the Shreveport Municipal Memorial Auditorium, 60 miles from where my grandparents lived in East Texas.

For more than a decade, the Hayride was second only to the Grand Ole’ Opry in importance among country and western singers. Elvis, who famously was rejected by the Opry for being too, well, out there, was signed by the Hayride and made numerous appearances on the show from late 1954 until December 1956.

Presley, as we all know by now, was different, and it was during this time that his fusion of country and western, gospel and rhythm and blues became early rock and roll. His presence and influence on teens, especially during the late 1950s, was undeniable. It certainly had a lasting effect on my father, who collected Presley’s music along with every other artist from that era that he could find.

Dad, especially in his later years, seemed to regress to his teenage days in his tastes. When I was growing up, his eclectic record collection was housed in a six-foot wide, coffin-like wooden cabinet that held the somewhat flimsy turntable on the right side.

The albums included some of the era’s more modern music — The Beatles, Rolling Stones, even AC/DC and Aerosmith — along with Rodgers & Hammerstein soundtracks and a little too much Mario Lanza and Johnny Mathis for my taste. After my Grandmother died, Dad begrudgingly moved into the CD era, but would still turn back to obscure 45s by singers and doo-wop groups from the late 1950s.

Still, Elvis seemed to top them all.

The first concert I remember attending — at age 6 — was an Elvis show with my parents, grand- parents, aunt and uncle at Hofheinz Pavilion in November 1971. Three years later, for my second concert, the mom of a childhood friend took two of us to Rodeo Houston to see Presley perform before a then-record crowd of more than 44,000 in the Astrodome.

The first album I owned was the Camden budget release (remember those?) “Burning Love and Hits from His Movies, Vol. 2,” purchased in part because my father loved the single. (The movie cuts were not the best, hence the budget release.)

Like my dad, I was hooked by “Burning Love,” the last single Presley placed in the top 10 before his death, but sadly, I didn’t realize that publicly declaring my love for the song was cause for me to lose cool points on the elementary school playground. (In my defense, I was smart enough to know that jumpsuits are definitely not the fashion statement any second-grader wants to make, no matter the era.)

Several months later, seeing my growing interest in Elvis and wanting to bond with his son, Dad took me to Parker Music on Ninth Avenue in Texas City, thumbed through the albums on the rack, and pulled out Presley’s 1956 self-titled debut. He bought it that day and later gave it to me as a present.

To really understand what made Elvis the king, he said, I needed to go back to the very beginning.

1956 was a crazy year for the former truck driver from Memphis, between constant touring, multiple (controversial) TV appearances, and making the movie “Love Me Tender.” Even if you’re not a fan, watch the “Elvis ’56” documentary and you’ll see how that one year changed everything, both for Presley and for those who listened to him.

By year’s end, Presley had outgrown the Hayride, although he had one more show in his contract. The show, held at the Hirsch Youth Center at the Louisiana Fairgrounds on Dec. 15, was attended by tons of screaming fans, including my father and then 51-year-old grandmother.

The story, like one about my grandmother’s Presley discovery, was somewhat legendary in my family. My grandmother went for the music; my dad went to look for girls. Because neither drove, my grandfather begrudgingly took them, complaining all the way.

My grandmother recalled the show fondly, although it was tough to hear amid the screaming. And apparently my dad found the girl, because her name is written inside the 50-cent program that my grandmother bought.

We still have the program, which would be worth about $200 except for the girl’s printed address in ink on the center spread, but my father could never remember what happened to her.

Twenty-one years later, on Aug. 16, 1977, I was sitting in the waiting room at the Tyler Chest Hospital when we got the news. My grandfather was hospitalized with the emphysema and COPD that killed him four years later. My aunt and I were waiting for my grandmother to bring him to the lobby.

I was stunned. I didn’t know what to do or say. My grandmother and aunt took me to the Gibson’s in Longview that evening and we purchased “Moody Blue,” the blue LP that was Presley’s last major release. There were some decent songs on it, but it was nothing like the stuff I heard from 1956.

Over the years, I’ve remained an Elvis fan. If you can sift through the dreck, and there is plenty of that, you will find so much music that is worthwhile. In the earliest sides, going back to the beginning, you can see the influence that continues to resonate today.

There is so much to choose from, and it has all been packaged and repackaged so many times that it’s tough to find out where to start. But a couple of years ago, I found something special.

The five-disc box set, “Young Man With the Big Beat,” features the complete 1956 masters, as well as alternate takes and three short live shows, one of which was previously unreleased. That show happens to be the Dec. 15 concert at the Hirsch Youth Center in Shreveport.

The audio quality is not the best, but every once in a while, I put it on my CD player, close my eyes, and am transported to the auditorium with my dad and grandmother.

And that means more than you know. 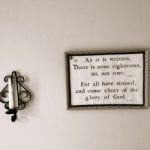 The Wandering Boy: Wesley Randolph Eader’s “Of Old it Was Recorded” 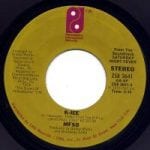