Matthew O’Neill’s goal when recording his most recent album, Trophic Cascade, was “timelessness,” and with so much creative musical diversity flowing through it, its appeal will undoubtedly last for many generations.

Trophic Cascade, released on the environmental record label Underwater Panther Coalition, has touches of rock, folk, and psychedelic music, and all the styles O’Neill uses are alluring.

“We managed to create a unified work despite the songs covering wide stylistic and lyrical grounds,” he says. “It tells a story. My intention is to represent nature and indigenous perspectives in song — to make something that is useful for people to relate to. I see how landscapes integrate diversity, and I feel we accomplished something sonically similar.”

For many years, the environment has been at the forefront of O’Neill’s life. He was born in Dundas, Ontario, and raised outside Philadelphia, but then proceeded on a wandering path where he encountered many different geographies.

“When I was 19, I got fed up with college and mainstream culture,” says O’Neill. “I was more than a little misanthropic at that point and probably at the edge of a nervous breakdown. I bought a Bondo’d out ’56 Chevy wagon for $2,000, packed it up, and drove to the Rosebud Reservation (a Sioux reservation in South Dakota), where I stayed with the Spotted Tail family. I camped in their yard for a while. From there, I went to the Black Hills and eventually down to Colorado, and on from there. I lived in ultra-remote areas, often high mountain passes, out of a tent. Deep solitude, infusing in the infinity. I moved around, walking, writing, exploring, praying, seeking. New Mexico, Arizona, California. I lived that way for a long time.”

O’Neill, who is now 40, says he slowly started making his way “back into the world” in the Santa Cruz, California, area. He worked at a University of California farm and garden while living in the Santa Cruz Mountains and began performing solo again.

“I met an amazing woman who was a caretaker at a big ranch overlooking the Pacific Ocean in western Sonoma County, and we lived together for a while,” he recalls. “I was writing songs and working with draft horses. At some point, I decided to move back to Prescott, Arizona, and finish my studies. When I showed up there, I quickly formed a band and began recording and performing.”

O’Neill now lives with his family in New York’s Catskill Mountains, in the tiny hamlet of Phoenicia, about 14 miles northwest of Woodstock. Phoenicia had 309 residents, according to the 2010 U.S. census.

“I’ve traveled all over the country, and I live here because, for me, it’s the best,” O’Neill says. “I have wilderness and water around me, and I want that for my children.”

Getting away from the hubbub and embracing nature in rural areas has been a major part of O’Neill’s life. His record label aims “to improve our connection to Mother Earth through curated musical projects — to protect and honor the Earth through music and activism.” The label says it donates half of all profits to Earth-protection groups, “with a focus on Indigenous rights and clean-energy initiatives.”

A backpacking trip to the Southwest and the death of his dad when O’Neill was 13 changed his life forever.

“My father was an avid sportsman and craftsman and my best friend and teacher,” O’Neill says. “I loved being out in the fields, mountains, and ocean with him. Once I had wheels, I spent my time following in his footsteps with a guitar in hand. Losing him suddenly was very tough. It shook me to the deepest depths. He was my anchor. In the wake of his passing, I became connected very directly to the spiritual and sacred. Music became my way of expressing this connection. It has always been very important to me to try to be the kind of great father he was.

“A couple years after his passing, my uncle took me on a backpacking trip to northern Arizona. We traveled place to place, led by Phil Bartow, who had represented native people in the area and had spent many years in the back country.  We had a blind friend on that trip who hiked with us to the bottom of the Grand Canyon and everywhere else.

“Phil is Yurok (a tribe in northwestern California), and his friend, Greg, lived on the Navajo Reservation. We stayed with Greg’s adopted grandmother in her hogan. She was in her 90s and still had flocks of sheep. Her prayers were powerful. We also took a Hopi prayer offering to the top of the Sacred Peaks. There is no way to explain what happened on that trip, but it was akin to what people tend to call enlightenment. From that point on, I adopted native ways, because I related to them completely.”

O’Neill has also often related to different forms of music he encountered during his travels and says a Joanna Newsom concert at a Unitarian Church in Philadelphia probably influenced him more as a musician than any other show he has seen.

The best concert he ever saw, though, was a “secret show” of Neil Young and Crazy Horse. It was a Verde Valley School benefit near Sedona, Arizona.

“They were unannounced,” O’Neill recalls. “I was 17 and had just moved to northern Arizona. My girlfriend from southwest Colorado and I got ahold of some tickets through a college professor. They went on as the sun was setting with red rocks all around. It was cosmic — and perfect in sensitivity to the place. I had seen them on the Ragged Glory tour as a kid, with Sonic Youth as the opener, and that was a very different — and equally powerful — performance.”

“I’ve studied music all my life, all the way back to bone flutes in caves,” he says. “Proper soul music — Philly soul especially — is my foremost influence. Pink Floyd was my favorite band in middle school, and later it was Neil. I’ve listened to a lot of J.J. Cale. I’m not very familiar with Fleet Foxes, but I know they sing harmony, and I’ve always loved that.”

Despite the many influences, O’Neill says there’s no “intentional style” that permeates through Trophic Cascade. “It’s a collaborative studio effort.”

The 15-song album was recorded by a five-piece band in three days in early 2016. Then six months were spent editing and mixing it. 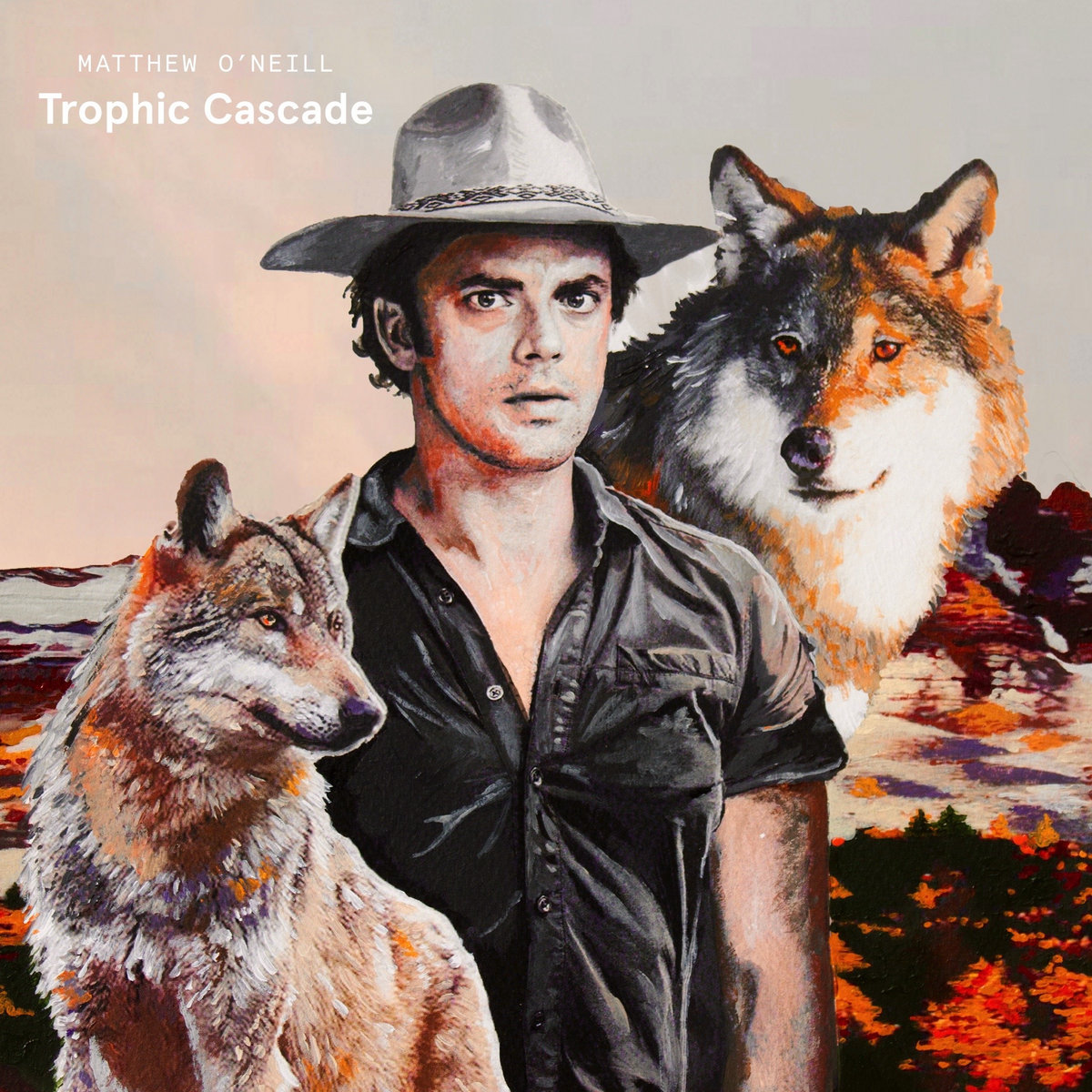 “As we were working on the album, the Standing Rock situation (protests in North Dakota by the Standing Rock Sioux tribe and supporters against construction of an oil pipeline) was growing into a major thing, and it really correlated with what I was trying to express in these songs.”

O’Neill says he doesn’t know what the albums’ songs look like “from the outside, but, from where I’m walking, a song can have a touch of Philly soul, a touch of Bacharach, Orbison, and Sonic Youth, and be its own thing.”

Here’s an exclusive look at Matthew O’Neill’s video for “Gates,” shot near his home in Phoenicia, New York: