Live Review: The Boss at Fenway

I posted a few weeks back on the New Yorker’s recent profile of Bruce Springsteen. Reading the article – which does a magnificent job of describing Bruce’s dedication to both songwriting and live performance – inspired me to check out his August 15th show at Fenway Park. It’s by far the most I’ve spent on a concert ticket, and I was a little hesitant given what I’d read about Fenway as a concert venue; the historic ballpark wasn’t designed with rock & roll acoustics in mind, and isn’t easily adapted to live music in the same way as more modern stadiums. Also, this was the second of two consecutive shows booked at the venue and I was worried the band might expend all of its energy the first night. I should have more faith in the Boss; the performance was nothing short of epic.

As a first time E-Street concert-goer, I can’t speak to how the Fenway shows measured up relative to other tours; however, the reviews I’ve read so far suggest both nights were particularly exceptional. Each night, the band played for three and a half hours straight – this included a 29-song set on Tuesday and a 30-song set on Wednesday. Even more amazing, only 12 tunes were repeated between the two performances.

The night I attended, Bruce went out of his way to accommodate fan requests, some of which went pretty far back in the band’s live catalog. The set was heavy on material from the 70s, which was just fine with everyone in the park (including myself). The term “rock anthem” was vividly illustrated at the outset of the show. It was an awe-inspiring experience to hear literally thousands of people sing along to the opening lines of “Thunder Road,” with Springsteen commanding the stage accompanied only by Roy Bittan on piano. A major show highlight was “Prove it all Night,” opened with Bruce’s fabled – and rarely performed – 1978 guitar solo intro (see below for a great audience recording on YouTube). As both a Springsteen fan and a guitar player, hearing the Boss coax roaring feedback from his battered Fender Esquire was by itself worth the price of admission. 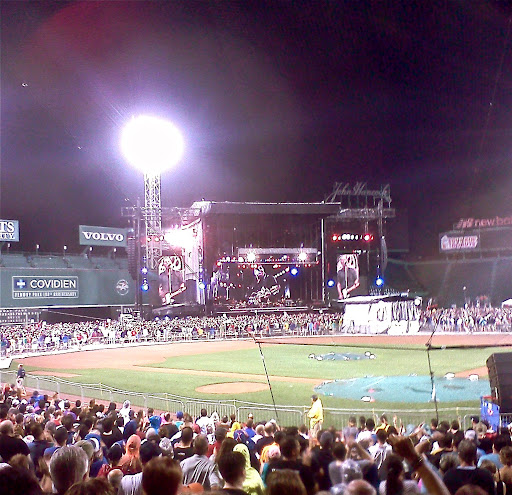 Even songs from Springsteen’s recent albums that I’m not particularly enamored of – like “Waiting on a Sunny Day” from The Rising – were an entirely different experience live. It made me realize the Boss is pretty much writing for the live stage these days, a vibe that doesn’t always translate on a studio recording. Like most fans, I would love the Boss to write another Born to Run or Darkness on the Edge of Town – albums that yielded anthemic songs, but equally demonstrated the talents of an intensely introspective and creative songwriter. But at 62, with so many amazing albums under his belt, why should he be expected to outdo himself in the studio? – especially when he’s outdoing himself (and pretty much every other live act) night after night on the big stage.

The show was further memorable for the selection of covers performed, reflecting the E-Street Band’s encyclopedic knowledge of classic American music. In addition to the fan-favorite Detroit Medley, the band pulled off great renditions of Eddie Floyd’s “Knock on Wood” and the Gary U.S. Bonds hit “Quarter to Three.” In the midst of a summer downpour, Bruce regaled the appreciative crowd with a solo acoustic “Who’ll Stop the Rain.”

Overall, it was a great evening of amazing music. It would have been nice to hear a few more acoustic numbers, particularly from Nebraska, and I was a little bummed the Wednesday setlist didn’t include “Born in the USA” – but I can hardly complain. If the man played every one of my favorite songs, I wouldn’t have a good excuse to check out another show. If you’re a Springsteen fan, do yourself a favor and check out this tour — the Boss and his band are in prime form and well worth the price of admission.

This live review was originally posted on New.Old.Stock – A guitar music blog. 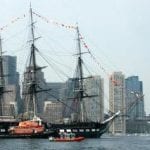 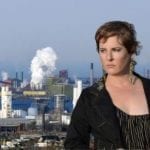