Leslie Tom asks “Are You Ready for Some Hanky Panky?”

A ten-track reflection of Leslie Tom’s own journey intertwined with Hank Williams-inspired tales of addiction, love, heartache, and loss, can be found on the songstress’ new album, Ain’t It Something, Hank Williams, due March 23rd.

Recorded at Nashville’s Cinderella Sound Studios, produced by John Macy (Los Lobos, Nitty Gritty Dirt Band) and featuring all-star players like Lloyd Green (pedal steel), Andy Hall (dobro on the somber “Angel of Death”), Walter Hartman (drums), Joe Reed (bass), and more, the record contains a healthy mix of Hank covers and Hank-inspired originals, some, such as “Are You Ready for Some Hanky Panky?” even stemming from seemingly ordinary conversation.

Tom relays the story behind the song, “Contrary to the song title, it’s NOT about sex. This is a tongue and cheek song about the life of Hank Williams that I’m very, very proud to have written with Dean Miller. The song idea came from my husband, who is amazing in a million ways but god-bless-him, does not have a creative bone in his body. While at a CD release party for a fellow Denver honky tonker, I casually mentioned to my girlfriend I needed to come up with a catchy phrase to put on a t-shirt and would love for the phrase to be about Hank Williams. Without skipping a beat, my husband turned, looked me dead in the eye and said, “Why don’t you get a shirt that says, ‘Are you ready for some Hanky Panky?’.” After I picked my jaw up off the floor (because the idea was not only creative but brilliant), I said to him, “Where the hell have you been hiding for the past ten years?” Move forward six months and I met Dean Miller for dinner one night in Nashville. We had a writing appointment the following morning and before I write with someone new I have to break bread with them (this is my rule! If I’m going to be vulnerable I need to know we can have a real conversation). After our dinner, I threw the “Hanky Panky” idea his way, he loved it so we wrote the song.

Today, Tom shares “Are You Ready For Some Hanky Panky?,” a biographical country song that details the life and career of Hank Williams – with a healthy dose of poetic license. Tom and Miller trade vocals on the track then join forces to harmonize as a jazzy electric guitar dances alongside pedal steel licks that nod to the Nashville sound of the 1950s and 60s.

Ain’t It Something, Hank Williams establishes Leslie Tom as a major voice in traditional country music, and she plans to use it to do some good, too. A portion of the proceeds from her PledgeMusic campaign will benefit Eli’s Fund, an organization through the Texas A&M Foundation and the Texas A&M University College of Veterinary Medicine & Biomedical Sciences (her Alma Mater) and provides financial support for active duty service men and women, medically retired veterans’ service dogs, and retired military dogs with veterinary medical bills at the Texas A&M University College of Veterinary Medicine & Biomedical Sciences.  In addition, Leslie’s grandfather, Milton Smallwood Alexander, was a tank driver in the 3rd Armored Division during WWII and Leslie has partnered with 3AD to contribute a portion of the album sales to their organization which exists to keep the history and the memories alive and well of all veterans that served in the division. “My calling is to serve active duty military and veterans. I don’t take that lightly.” 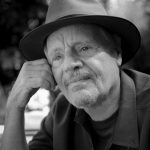 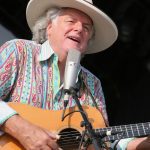