The use of the music video has long been part of the promotional kit, the combination of image and sound an effective vehicle to enroll the senses (and checkbooks) of potential viewers / listeners. In addition, in a field where genre can often predetermine one’s level of commercial appeal, the video can be used to stretch the way an artist’s music is received, described, and categorized.

In late November 2016, three months prior to the release of Semper Femina, Laura Marling released a self-directed video for “Soothing,” the opening track of the album. The song includes a more ambient arrangement and jazzier instrumentation that we’ve heard from Marling. She also more consummately embodies the roles of observer and torch-singer, combining a removed but still pained vocal with elements of well-placed orchestral pop, the tortuous bass line carrying the song from opening to end.

The visual elements of the video, however, more so than the song itself, succeed in distancing Marling from traditional folk roots and establishing her as a social provocateur. The sequence opens with a woman in red latex crawling across an impeccably made white bed. At about two minutes, another woman in black latex joins her. At first, the interaction strikes a viewer as hyper-erotic; however, the women’s movements soon prove to be less spontaneously sexual than ritually rehearsed, even prescribed. Around three minutes, the video incorporates a more overtly sexual, but still somehow stymied or awkwardly choreographed, interaction between a man and a woman. At different times during the video, the viewer is offered glimpses into a room where a group of people are watching, voyeuristically, at least one of the observers wearing a white lab coat.

The video plants Marling squarely in the center of any number of relevant conversations: the suppression of sexuality in a puritanical United States; the oppression and exploitation of women; the commercialization of sexuality; the “dumbing down” of art for profit; and the human need for reciprocal love in a world where even the most intimate of interactions can seem transactional. In this way, Marling’s chosen title for her new album seems all the more fitting. In its original use in Virgil’s Aeneid, the phrase, literally translated as “always woman,” lampooned women as “fickle and ever-changing.” Marling, however, recasts the phrase. The women of “Soothing” occur as both repressed and persistent, controlled by an intergenerational agenda imposed upon them by outside sources and history but also navigating progressively toward emancipation, as illustrated by the movements that, toward the conclusion of the video, become more fluid and less perfunctorily synchronized.

In mid-February, Marling self-directed a video for her second single, “Next Time.” The video opens showing a woman, naked but for a blue sash, standing by the ocean. The video then skips to another scene, a second woman standing inside a room with flickering lights and tattered wallpaper. The woman in the room is perhaps a shut-in, recluse, or prisoner of sorts. The woman engages herself with mini-rituals—walking around the room, staring into the mirror, fondling various objects. Occasionally the woman performs jerky and truncated movements, as if she’s experiencing a seizure on cue. Some viewers will be reminded of Charlotte Perkins Gilman’s 1892 short story, “The Yellow Wallpaper,” comprised of journal entries from a woman who, over the course of the piece, retreats into a single room and, more crucially, her own mind, by the end of the story merging with “the yellow wallpaper” and plunging into insanity. In Marling’s video, however, the piece closes with the woman in the room apparently escaping her confines and joining with her desired partner in the broader world. While Gilman’s character is a victim, her story a proto-feminist rendering of Victorian norms, Marling’s depiction shows the triumph of the reclusive woman, her ability to navigate inherited parameters as well as her own wounds, emerging free.

While “Next Time” is a compelling addition to Marling’s recorded oeuvre, it’s the video rather than the song that prompts an expansive response. As with “Soothing,” the visual complement to the audio track ushers Marling into polemical domains less relevant were “Next Time” considered purely on musical and lyrical terms. While the woman in the room is depicted as burdened with the internalized oppressions and neuroses symptomatic of the historical struggles of women over several centuries, she’s also shown as a triumphant character able to plot a course from tragedy to emancipation (her ritualized actions may in fact constitute elaborate spells; i.e., she’s freed by her ability to facilitate magic).

Marling’s primary sources, in terms of melody and phrasing, have always been, to my ears, Lou Reed (post Velvet Underground) and Joni Mitchell, though these influences have, over the course of several albums, been absorbed and reconfigured into Marling’s own signature delivery and songwriting. At different times during the course of Semper Femina, Marling finds herself sharing a segment of road with fellow chanteuses Courtney Barnett, Angel Olson, Lana Del Rey, and Joanna Newsome, though her recognizable vocals keep her successfully speeding in her own lane. Semper Femina is ultimately Marling doubling down on the traditional and indie folk approaches she has so successfully mined while also integrating a more avant garde exploration of alternative beats, instrumentation, and lyrical phrasings.

Marling’s use of film, however, will prove to diversify her reception more effectively than will her music. If she’s seeking to successfully disassociate from or transcend genre, especially the folk genre, her use of radical imagery and political narratives as expressed in film may be the sought-after vehicle. In the two abovementioned videos, Marling tackles themes and situations that have long served as perennial fodder for Hollywood and IndieWorld alike. In this way, her directorial work liberally redefines her creatively, commercially, and in terms of public persona. Through effective interdisciplinary approaches, Marling shows herself to be one of the heirs to a new social and political renaissance. 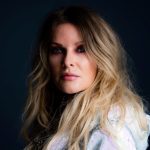 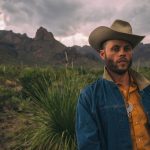 SPOTLIGHT: Charley Crockett Finds His Place on ‘Are We Lonesome Yet’ [VIDEO]