KALYDE: A Look At The Band, The Music, The Energy and Patreon

A couple of weeks ago, I found myself sitting in quicksand-like traffic an hour or so out of Sacramento. I was en route to the listening party for Unarmed And Ready, from a band called KALYDE. There was a pan of fudge on the seat next to me, warming up a little too quickly for comfort as Friday night rush hour traffic slowed to a crawl.

In the end, the drive to get to the show took just under four hours. As it turned out, I would happily have driven for as long as it took. KALYDE is a band out of my usual listening zone – at its core, their music is a kind of fusion reggae, Sade by way of a more exuberant and less militant Peter Tosh, with a touch of UB40 around the edges. They’re also wonderful.

The music credentials are rooted in some serious DNA. Multi-instrumentalist Lee John Madeloni is the son of one of rock’s elder goddesses: his mother, Jean Millington, was the bassist and one of the founders of legendary all-female supergroup Fanny. Guitarist Lightfoot makes it look, feel and sound easy; he can crank from smooth supporting background rhythm to a terse sharp snap. Frontwoman Naia Kete and her percussionist brother Imani have been performing since early childhood and they’ve nailed the one thing that too many younger bands miss because they’re trying to be emo: soul.

It’s a tricky balance, but KALYDE manages it. How to put genuine feeling into a lyric, into the music that carries it, without a degree of intensity that too often leaves the listener with a sense of self-parody, is something that takes both the artist’s personal conviction and a professional detachment. Short form: how do you try hard enough to get it across, without coming across as trying too hard?

Unarmed And Ready manages it, and manages it well. The title song of the five-song EP announces a revolution and wants it through love. “Beware ’bout Me” is an asskicking advance warning: “You don’t want to be my enemy.” It’s taking no prisoners, with a smile. “I’ll Stay” is the reason I mentioned Sade; Naia’s vocal has that smoothness to it. It’s also the purest reggae on the EP, carrying the scent of the islands with it. My own favourite, “From Far Away”,  is more calypso than reggae, a beautiful song that seems to transmute from being about interpersonal relationships to something more universal, about keeping love through absence, through loss, through distance, through death and memory. It’s beautifully exuberant. The EP’s closing track, “Cease Fire”, takes the listener full circle, a plea for peace. This one is reminscient of Neil Young at his best, if Young happened to have Sly and Robbie as his rhythm section.

As good as the recording is, KALYDE is even better live. Three minutes into their set – it was an intimate affair, basically a house concert – I’d lost all my grumpiness at the four hour traffic jam and I was grinning and nodding. They have a wonderful energy up there together, a synergy and passion that draws you in. They did seven or so songs, the EP and a couple of others, and they kept the energy at that same excellent level throughout.

One reason I’d been curious enough to make the hundred-mile drive was the mention of KALYDE’s choice of crowdsourcing to keep their music going. Rather than trying for a lump sum for a set end – something my own band, The Sound Field, is doing even as we speak – the band members decided that making their music, on their terms, warranted a different approach. They opted for Patreon, which takes ongoing pledges in smaller and more affordable amounts. As with any crowdfunding service, the band offers perks: I opted for $5 a month for the next twelve months, and received the CD and mutual Twitter following if I opt for it. They get to count on my five bucks a months for the next year. And while that isn’t a lot, the reasoning is that, if a hundred people do it, they’ll have the ongoing yearlong certainty of $500 a month. Because artists have ongoing expenses, and for a group who wants to make their music exclusively and not have to wait tables to live, Patreon makes a lot of sense.

More about the band, their music, and their Patreon campaign can be found at www.KalydeOfficial.com. 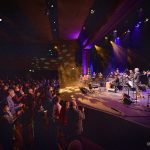 THROUGH THE LENS: The Colorful Roots Music of Pink Martini and Greensky Bluegrass 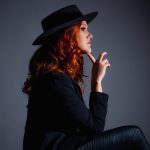