The first show was Saturday night at a church a block from my home in Brooklyn Heights.  I wasn’t going to miss Janis Ian, an icon from my youth, and who greatly impressed me about ten years ago with her blues playing at a show in Seattle.  Opening for Ian, and later playing backup for her was Natalia Zuckerman (Yes, daughter of Pinchas and Eugenia – for you classical music fans).  She is very accomplished on guitar, has a beautiful voice and a great sense of humor.  She has been touring with Janis Ian for about a year (if I remember correctly).  There was a great camaraderie between the two and a light heartedness and casualness that is rare in my concert going experience.  Perhaps the irony of two Jewish women performing irreverent songs in Jesus’ house brought it out; but I suspect that they are often like that.  I remember Janis Ian being joyful the last time I saw her as well.  Now, however, she was sticking to ballads, promoting her autobiography and joking about it.

Sunday night, we went to hear David Grisman play with Andy Statman’s trio at City Winery in SoHo.  City Winery is a large night club setting with light wood paneling and a modern upscale feel.  That’s very different from the 150 year old church we had been in the night before.

I hadn’t seen Statman in a few years and he was in top form with both clarinet and mandolin.  Grisman played with more energy than I had seen in years.  I got the feeling that they each had spent months working up hot new licks for the reunion.  The atmosphere was electric both with the ensemble and when the two old friends, once teacher and student, had the stage to themselves and battered back and forth improvisations and quotes together and at one another.  They were intent, intense, but clearly have a great time themselves.  It was like sitting in the hotel room listening to them jam, except that there were 300 other folks listening in too.  It was one of the most exhilarating evenings I have had in years.

I count myself as lucky to twice have had the privilege of seeing and hearing great performers at a time when they were inspired and excited to be performing.  It reminded me about the special moments that can come at live performances that don’t come across on recordings. 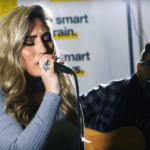 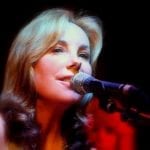