Jeanette Lynne’s Bio states “She is an up and coming songwriter from West Chester, Pennsylvania” with her debut album ‘You’ve Got Me’ I think it’s safe to say, She has arrived!  Among the many outstanding female vocalists out there these days she holds her own in both songwriting and vocal style. A very accomplished guitar player the album is filled with gorgeous melodies and harmonies with a dream like quality that is both soothing and profound.  The whole album from start to finish is like a fresh breeze that’s needed occasionally to clear away the cobwebs in the Indie scene. Highly recommended listening. 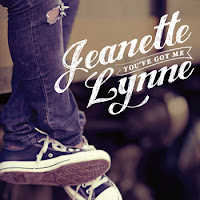 CXCWEST 2011 – Jeanette Lynne – Get Over Yourself

released 01 May 2013
Available  now on her bandcamp page and iTunes.