Sitting in a Manhattan soul food restaurant and discussing the prospect of fame, James Hunter peppers his speech with the colorful argot of his native Colchester, on the east coast of England: “knee-trembler” (for sex), “piss on his strawberries” (disappoint), “kahzi” (toilet). Hunter’s music — pleading, urgent soul with an uptown polish — is probably too far removed from the current popular taste for him to fret about stardom. But for the first time in his long career, it at least seems possible, especially in the wake of his new Rounder Records album, the rich and distinctive People Gonna Talk. Not that Hunter cares a great deal one way or the other.

“I’ve never planned anything in me life,” he confesses with a philosophical shrug. “I look at the options and pick the one I like, and go steaming on with it.”

He’s spent the last two decades performing on street corners, making the occasional record, and acquiring a small but steady reputation as the next English soul-man-to-watch. Even finicky artists such as Van Morrison have lent their praise, and the new disc (his first in the U.S.) has become, in Hunter’s words, “an overnight success that’s taken twenty years.”

Recorded at London’s Toe Rag Studios, vaunted in certain music circles for its pure analog sound, People Gonna Talk is refreshingly free of gimmicks or the vocal histrionics Jerry Wexler used to call “oversouling.” It’s powerful music that aims for the feet and often, at its best moments, strikes the heart instead. “Tell Her For Me”, with its jaunty rhythm and pointed horns, is a dead ringer for the supper-club-meets-juke-joint sound Bobby Bland crafted in his early years. Other tracks — the James Brown-styled rave-up “Riot In My Heart”, for example — pay homage to Hunter’s musical heroes but avoid imitation. With his trembling guitar playing, caressing voice, and straight-to-the-point writing (he wrote all of the disc’s fourteen songs), Hunter stakes out a territory entirely his own.

It all started during his boyhood years, when Hunter’s family moved into a trailer stocked with his grandmother’s collection of old 78s. It was his first exposure to the rockabilly and early R&B artists who would later become his chief inspiration. The trailer (or “caravan” in Hunter’s parlance) sat in the middle of an onion field, where Hunter recalls feeling “starved for entertainment.”

It’s a scene that has already, in a few short months, become part of his legend. “That’s a very minor part of me life that’s been sort of hyped up quite a lot,” he admits. “I’m afraid I’ve been tempted to help. I say there was nothing to do there but throw stones at the pigs.”

As a young man, Hunter worked as a railroad laborer while supplementing his income with street busking. In the process he put together the airtight band that has been with him for fifteen years: bassist Jason Wilson, drummer Jonathan Lee, and, on tenor and baritone sax, Damian Hand and Lee Badau — two players so attuned to one another that they often sound like a single, razor-sharp unit.

“We used to do quite a lot of busking, and then we got invited indoors,” Hunter recalls with breezy good humor. Nothing seems to ruffle his feathers: When recounting the ups and downs of a career that has been, even when looked at in the best possible light, unpredictable, he is the very model of English pluck.

Two years ago the regular gigs dried up and he found himself returning to the street corner. Compared to laboring, the money in busking was better. Plus, Hunter adds with a smile, “You met a better class of people — we hung out with tramps on the street.”

Eventually he had the chance to record two albums, but now confesses that neither was to his liking. “We were playing in an old style, but using state of the art technology,” he explains, “and the result of that made our sound too modern and too old-fashioned at the same time. We got the worst elements of both, in a certain way.”

Beyond its pristine sound, what sets People Gonna Talk apart is the delight it takes in recasting familiar devices in a new way. The beautiful title track uses a variety of elements — a hesitating ska beat, delicate strings — to charm and captivate. Nothing else on the album exerts quite the same emotional pull, that magical sense of being swept along on a current, but every song is marked by a keen musicality.

Experience and age (he’s now in his 40s) have burnished Hunter’s voice, highlighting its smoky contours. No longer does he feel the need to over-emote, as he did in his younger days. “If the song’s any good,” he figures, “you can let that do the work.”

It’s an apt summation of a simple style, one that honors the material first and foremost. This is the tradition Hunter seeks to preserve, and it’s miles apart from what’s usually proffered by the younger generation of pop-soul squawkers.

“I think it’s about something else now,” he observes of the present-day scene, in a rare moment of discontent. “It’s about that cult of celebrity. People are in it to get famous, whereas people used to be in it because they were into music.”

Asked about his own reasons for staying in the game, Hunter scarcely misses a beat.

“Me, I do it for the money.” His eyes glimmer as he looks to the floor, shoulders heaving with laughter. 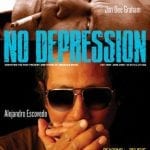