0
0
Shares
I was recently given a copy of the Peter Rowan Bluegrass Band’s new album, Legacy. Frankly, I was a bit hesitant to even check out the album despite it having been given to me. I had always associated Rowan with Old and In the Way, in whom I’ve only had a very modest interest. For years, I found it hard to get excited by any bluegrass that wasn’t made by musicians with the last name of Monroe or Stanley. (Never mind that Rowan was a Bluegrass Boy with Bill Monroe in the mid 60’s, for goodness’ sake.) If bluegrass didn’t come from one of those iconic musicians, I’d rather hear the older styles that preceded it by folks like Roscoe Holcomb or Dock Boggs. I wasn’t even that crazy about Flatt and Scruggs with their more polished vocal delivery (and though I’ve grown to like them and love Earl’s picking, “The Ballad of Jed Clampett” still makes me cringe more than just a little.) Contemporary ‘grass was even worse, with a few rare exceptions. I did enjoy a lot of rock or folk that was strongly influenced by bluegrass and mountain music such as the Bad Livers, Gillian Welch, or the Gourds, but straightforward bluegrass, in contemporary form, was never something I cared to seek out. I wanted to hear that raw, high lonesome sound born of hard rural living from a bygone era. That sound can’t really be duplicated by musicians who grew up watching sitcoms and eating food from microwave ovens, I thought. Thankfully, my mind has opened since then, though it’s hard to say why.
Perhaps my general knowledge of music has expanded, and I can more easily appreciate nuance and subtlety. Perhaps it’s because I’m playing banjo again and have a renewed respect for the talent, ingenuity, and hard work it takes to for anyone to become an accomplished musician. For whatever reason, I did put on Peter Rowan’s new album and was immediately grabbed by the first cut. As I listened to the rest of the album, I loved it. I even strapped on some headphones and listened to it three times in a row one recent evening. I found myself with the same weepy eyes that Ralph Stanley’s solemn gospel ballads or Bill Monroe’s forlorn waltzes sometime inspire. This forced me to ponder a recurring preoccupation. Why do we like the music we like, and, specifically, why do our tastes change over time? 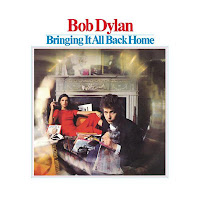 In my case, I have to say that one of the most important factors is timing. Not rhythmic timing, of course, put the timing in one’s life. One’s maturity, exposure to ideas, non-musical preoccupations, personal relationships, and general emotional state probably influence their tastes in music as much as any innate or cultural predisposition. While many from my generation (Gen. X) probably discovered Dylan sometime between the ages of fifteen and twenty, it took me until my early thirties to even own a Dylan album. I just didn’t care about the guy. I found him boring. I figured I’d heard enough Dylan through general pop culture that it wasn’t necessary to seek out more on my own. As a young person I preferred the snide weirdness of Frank Zappa, assertive political punk bands like Fugazi, or aggressive hip hop like Public Enemy. What the hell did I care about some nasally songwriter from the 60’s and 70’s playing folk music on an acoustic guitar? Just the idea put me to sleep. The timing was simply all wrong for me to appreciate Dylan.

This Dylan aversion persisted through my twenties, even as I discovered music more subtle and rich than punk and hip-hop. Then something happened around the age of thirty. I was in graduate school working towards my thesis in the fine arts. The idea of communicating abstract ideas in compelling but mysterious ways was my foremost preoccupation. It’s like I woke up one day with a new level of maturity and realized the genius I had been overlooking during adolescence and early adulthood. I finally discovered… Dylan and songwriting. I could appreciate the cleverness of blues lyrics, the political heft of punk and hip-hop tunes, the provincial charm of country and bluegrass songs, but I’m not sure I ever really appreciated the sheer poetry and nuance of songwriting until I learned to appreciate Dylan. Had I not been preoccupied with a certain type of enigmatic expression due to the concerns of art school, Dylan might have remained elusive to me. It’s all about the timing.
It’s not just Dylan that I came late to discover, however. When I was a child, my parents took me to the Grand Ole Opry. I was about eight or nine, and I cried because I hated it so much. Growing up in Nashville, I loathed country music for most of my adolescence with the exception of a brief flirtation with Hank Williams, Jr. and Charlie Daniels, (the obligatory redneck phase so many southern boys explore including profound obsessions with obnoxiously jacked-up pickup trucks.) Throughout high school, most of my cassette collection was a sampling of hip-hop, punk, hardcore, so-called “alternative” rock (i.e., pop music with a less mundane worldview), and a touch of blues and classic rock thrown in for good measure. I could not understand my friends’ interest in country music, and didn’t really care for any of it. 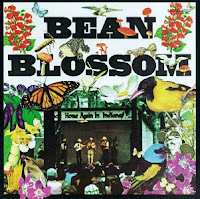 Somehow or another, shortly after high school graduation in 1991, I attended a few Greatful Dead shows for my senior “trip” (pun intended). While I wasn’t really interested in the Dead, they did help me discover Phish. I really, really liked Phish and their debut album, Junta. (Though I don’t listen to Phish much these days, that album holds a special place in my heart.) Phish was a gateway drug for me. They taught me how to intently listen to the interplay between instruments, the beauty of improvisation, and an appreciation of music for music’s sake (as opposed to political and social identity with a good beat.) It wasn’t too long before I was getting into Miles Davis, John Coltrane, Charles Mingus, and others. I was also getting into bluegrass, too, and appreciating the improvisation and interplay between the string instruments most familiar to my Nashville-bred ears. Somehow or another, Bill Monroe’s Bean Blossom compilation eventually made it’s way into my hands. I heard that, and suddenly everything came together. The country music heritage I grew up trying to shake off was now a source of pride. I was amazed at how easily the music came to me. I could dance better to this music (though still in a manner painful for onlookers to witness). As a mediocre amateur musician, the rhythms and melodies of this music came easier, even to the point of frustration when my intended jazz riffs came off more down home than uptown. I had been soaking this music up my entire life but the timing had not been right until early adulthood for me to appreciate it. The music of my roots had to be framed in the proper context, and I had to have a certain level of experience and maturity to embrace it.

So, I guess that’s what happened with Peter Rowan. The timing was finally right. I am certain it’s still way too close for me to figure out exactly why I suddenly have the proper mindset for modern explorations in bluegrass. I’ll be sure to write another long-winded essay when I do figure it out, though. In the meantime, though, I’ll try to figure out why I still don’t get too excited for Bruce Springsteen, Wilco, or the Rolling Stones among others (now that I’ve likely lost credibility with most of the No Depression community for those admissions…)
(Do any readers out there have musicians or genres you were late to embrace? What about revered musicians that all of your peers respect but you don’t really care for? If so, let’s hear ’em!)