Hayley Reardon Does It Because She’s “Good”

On a cold February night in Boston, Hayley Reardon has warmed the crowd inside Café 939 with her first two songs. Originally from Marblehead, MA, and now a sophomore at Belmont in Nashville, TN, Hayley is part of a double-bill with Jeff LeBlanc. She’s describing her affinity for John Steinbeck, and in particular the following quote:

[Taken from her album insert]

She talks about the Kickstarter she did to raise funds for her album, “Good,” and how when the 1000 copies of the CD arrived, they were misprinted with “Now that you don’t have to perfect, you can be good.” She had them reproduced, though she points out that you can still buy the misprinted version.

While she has realized she doesn’t need to be perfect, her music is much better than good. In particular, the title song of her album with the same adjective can follow you around all day.

Her brand of music is like a New England interpretation of country. It has vocal twangs, a prominent guitar, and compelling stories, but layers on a listenability for those who might not share an appreciation for all country music.

In “The Going,” Hayley sings about a restless character whose “fingers ache with reasons why it’s getting too stale here to breath when you’re face to face with your life for a second. But then you feel like the carpet again and I don’t blame nobody for running.” She performed the song for her sister on a road trip, and she loved it. Little did her sister know, but it was written specifically about her.

As with most musicians, Hayley tells her stories through her songs, and for a sophomore in college to successfully pull that off is a credit to her creativity and songwriting. “Home for You” talks about missing Massachusetts, and she explains to the audience how she misses “that shitty car” referenced within. In an interview after the show, she says that it was actually a really old Ford 150 truck her boyfriend paid $1,000 for and never should have bought. 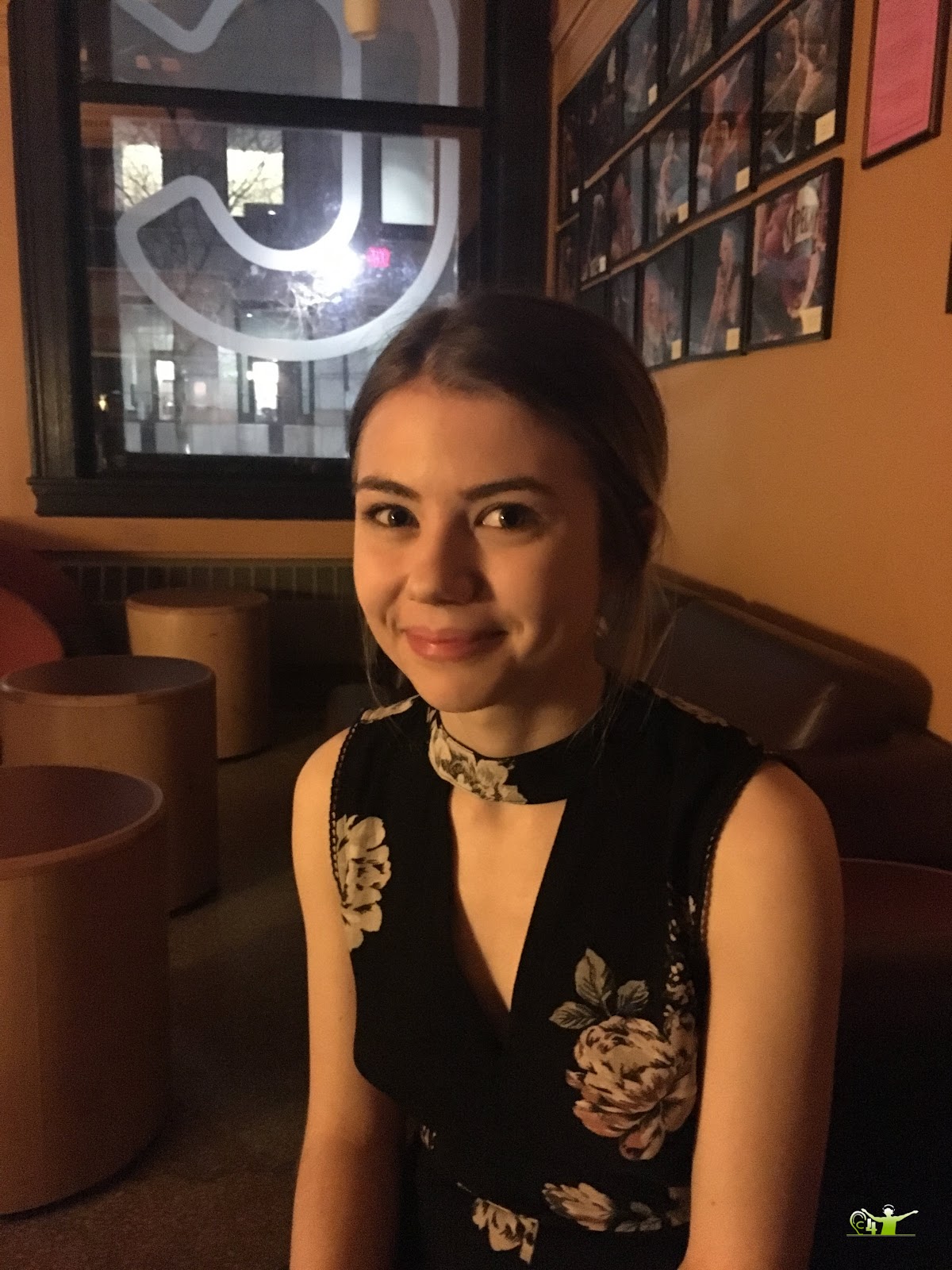 Futher explaining the maturity of her portfolio is the fact that she isn’t a newcomer, despite her age. Hayley was actually featured right here on NoDepression when, as a 15 year old, she released her first album Where the Artists Go.

In “Work More,” she gets in touch with her inner millennial, exploring why we choose the work that we do.

With a contagious glow and maturity well beyond her years, Hayley’s definitely a talent worth tracking.