I first heard about fiddler and songwriter Jenny Anne Mannan from my friend Kevin Brown, an excellent bluegrass roots songwriter (and festival producer) who knows much about roots music in Eastern Washington (Jenny Anne lives in Spokane, WA). Having just ventured to Twisp last year for the first time, there’s about half of my state that I know very little about. But there’s long been a history of excellent fiddlers in Eastern Washington, with one of the most prominent being Kimber Ludiker of Della Mae, who comes from a line of awesome fiddlers, including her mom JayDean Ludiker (not to mention her brother, mandolinist Dennis Ludiker in Austin’s MilkDrive). Now we can add Jenny Anne Mannan to this list as well. On her debut album, Saints & Sinners, she contributed two beautifully written fiddle tunes and plays them with aplomb. But it’s Mannan’s songwriting that is the most stunning part of this album. The songs are written in an Appalachian vein, and sound as rough-hewn as an old Kentucky barn door. “Lindytown,” to me, is the highlight of the album, a visceral, cutting stab at Appalachian strip mining. It has possibly the best line I heard in any new song in 2012: “Faith moves mountains, but money moves man.” On “Open up the Door,” Mannan’s fiddle twines seditiously with the gospel lyrics, snaking along with a well-earned grace, and “Moonshiner’s Son” sounds like something from early Gillian Welch. We’re not the only ones singing Mannan’s praises, by the way: Sara Watkins co-wrote her song “Lock & Key” with Jenny Anne on her new album, Sun Midnight Sun.

We caught up with Jenny Anne over email to ask her about her new album and the inspiration behind our three favorite songs of hers. Here’s what she had to say:

“The idea for this song actually came from my husband, Caleb [Mannan]. He’s a fantastic writer and is always working on something, and his mediums range from prose to poetry to song to art…I never know what he’s going to come up with next! One day he sat down at the dining room table and sang this chorus, slapping out the rhythm with the palm of his hand. I responded right away to the idea of a new, reinvented spiritual song – we’ve all heard old-time spirituals about the joy of being saved or delivered, but here’s a person who’s in a kind of limbo. They’re still in despair because they see themselves clearly for the first time, they suspect salvation is the answer, but as yet there’s been no breakthrough. They’re sort of half-way saved. It’s an interesting idea, and one that Caleb and I both relate to – we’re so used to hearing about ‘seeing the light’ in positive terms, but there are times when, without the hope of something beyond ourselves, seeing the light can mean we see the worst in ourselves. The resultant plea, “Dear Lord, open up the door…” comes from that desperate hope that a power greater than ourselves intervene on our behalf.

Musically, this song is a true collaboration. Caleb had been listening to a lot of blues and old-time–the likes of Roscoe Holcomb, John Lee Hooker, and Lightning Hopkins–and those influences definitely come through in the arrangement. As I was recording and layering parts, I wanted to maintain the raw authenticity that I heard when Caleb first sang it for me, so, much to my engineer’s dismay, I slapped out the rhythm on my guitar. It’s a tricky thing to find the line between polished and sterile, and on the other side, the line between raw and just plain rough, but I think it all works. For me, the song really came together when I added the banjo – who’d have thunk?!
Jenny Anne Mannan: Lindytown

“One day I opened an email from my husband Caleb containing a link to a New York Times article written by Dan Barry entitled, “As The Mountaintops Fall, A Coal Town Vanishes“. I read and reread the article, enthralled and heartbroken by the true story of the disappearing Appalachian hamlet of Lindytown. The song centers around mountain natives Quinnie and Lawrence Richmond, whose heritage, way of life, and legacy were literally destroyed by surface mining. While most of their friends and neighbors sold their family’s land to the Massey Energy company, the Richmonds didn’t. They stayed behind because Quinnie was in the early stages of Alzheimer’s and Lawrence was afraid a major move would be too upsetting to her. So Massey gave them a $25,000 settlement, and the Richmonds watched their home become a dust-covered ghost town. Having grown up in the mountains of northeastern Washington on the banks of the Columbia river, I wondered what it would be like if the very land that raised me was altered beyond recognition. I think it’s impossible to be raised in a rural setting and not think of the land as a living, nurturing, maternal sort of energy, and this image of blowing off the mountaintop and leaving slurry in the streams and valleyfill in the lowlands seemed so violent to me. I thought of the line, “They raped our land for 25 grand,” and the rest of the song came from there. I thought of the vast achievements of human ingenuity, and the ways in which progress can be perverted by greed, and came up with, “Faith moves mountains, but money moves man.” In the end, songwriting is really storytelling, and I just wanted to make sure my friends heard the story of Lindytown.”

“I’m doing much better than my daddy done…” Who hasn’t thought that, at some point? But in my experience, comparison to the previous generation is usually made in reference to what sort of living we’re making or whether our laundry room is more organized than our mothers’ or how well we handle our kids when they misbehave…most of us aren’t talking about whether or not the living we make is sanctioned by the Federal government! This song was inspired by the legend of one of the most colorful characters I’ve come across: my husband’s grandpa JE Jones. JE grew up in dustbowl Oklahoma to a daddy whose moonshine still got busted up by the Feds every so often and whose booze binges took him away from his family for months on end. According to his kids and grandkids, JE was no saint. He was a coffee drinking Camel smoking reformed alcoholic country-song-writing Okie WWII Vet whose efforts at prosperity led him everyplace from cotton fields to psych wards. But he stuck around, he worked hard, and he gave his 5 kids a much better life than his daddy gave him. A sense of heritage is really important in our family, and I wrote this song because I want our kids to know their place in this world isn’t only defined by their generation. Music is a living, breathing, visceral way to experience history. We know what the Oregon Trail sounded like when we play Arkansas Traveler, we experience a tent-revival when we sing “Just As I Am”, and hopefully my kids will learn a little something about their great-grandaddy, and themselves, when they hear “Moonshiner’s Son”.

This post originally appeared on the  Hearth Music Blog. Check out  our website and roam through our blog to discover your next favorite artist! We’re dedicated to presenting today’s best Roots/Americana/World musicians. 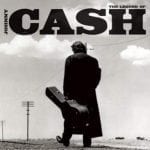 For Milwaukee and America: Johnny Cash “Tells It Like It Is” about Guns

The New York Times Review Of My Album…