You might judge I See Hawks in L.A. by the company they keep. Rick Shea, Dave Alvin’s guitarist for the past half-decade, sits in with the group as often as his schedule permits. Fiddler Brantley Kearns, another regular in Alvin’s band who played for years with Dwight Yoakam, is essentially a fifth member of the band. Chris Hillman adds mandolin to three tracks on I See Hawks’ latest disc, California Country, its title betraying the band’s debt to Hillman’s trailblazing work with the Byrds and the Flying Burrito Brothers.

Shea says the Hawks lie somewhere along the California musical continuum “from Sweethearts Of The Rodeo to Captain Beefheart.” A distinctive element of their sound is the three-part harmony between guitarist Rob Waller, multi-instrumentalist Paul Lacques and bassist Paul Marshall. Drummer Shawn Nourse, who’d previously played with Yoakam and James Intveld, rounds out the lineup.

Lyrically, the band has become known for stoner songs such as “Barrier Reef” — “the keeper of the weed is the barrier reef to my sanity” — and “Humboldt”, a vivid ode to designer pot growers in northern California: “I’d be glad to plant corn in the ground/But corn don’t sell for three thousand a pound.”

With many Los Angeles country-scene players having communal ties to I See Hawks, their shifting “who’s available?” lineup lends a supple “how will it sound tonight?” flexibility to their shows. On their 2004 album Grapevine, “Humboldt” received a traditional big-beat Burrito-esque country-rock treatment, but a website live version sounds like a psychedelic electric bluegrass raga band playing after-hours at the Grateful Dead house.

Shea calls frontman Waller “an amazing singer — strange, sad, poetic, crazed, controversial. And any lyric, when he sings it, makes perfect sense, like you’re sitting around getting high talking to a good friend.” Waller, a creative writing instructor at USC, and Lacques, a successful playwright and comic strip creator, began to write together in Lacques’ Echo Park apartment in 1999. They issued their self-titled debut disc in 2001, with Kearns contributing fiddle.

Their songs are rife with mournful social commentary, environmental tragedy, wily humor, outsider guile, and political undercurrent. The title track of California Country elaborates on the eerie late-night cover photo of a lonely gas pump island along some Golden State commuter alley. The angst at the loss of California’s natural beauty to population and progress sends a message that is simultaneously spiritually uplifting and politically bitter.

Elsewhere, on the gently sarcastic “Hard Times (Are Here Again)”, Waller wryly bemoans, “There’s no ink in my printer/And it’ll be a long, long winter,” while the hilarious and surreal “Slash From Guns N’ Roses” drops a bunker-buster bomb on Hollywood pretension.

Asked about the occasionally political nature of the band’s material, Waller is bemused. “We’re not a polemical band, not right-wing or left-wing or any of that,” he says. “We’re just trying to react honestly to the madness of politics today in a way that’s not dogmatic or affiliated with any political group.”

And the marijuana anthems? Waller shrugs. “Ah, the misconception that we’re a ‘pot band.’ In a way, those songs are political too, just a big ‘screw you’ to everyone who thinks pot is a crucial issue compared to all the horrific stuff going on.”

Waller is similarly cagey about the Hawks’ musical identity. “We knew it was going to be country, but that’s about all the ‘What kind of music is it?’ strategy we put into it,” he says. “We just tried to write interesting songs and eventually found that Hawks sound. Paul had a very successful play in the ’80s about an egomaniacal polka band leader, so I sensed a kindred spirit. As we worked together, we came upon this common strangeness in each other we both enjoyed.” 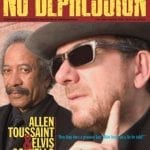