HERE’s What Tom Waits Has Been Up To

Well, after a week and a half of waiting, August 7th is finally here.  And, as he put it in his own announcement… 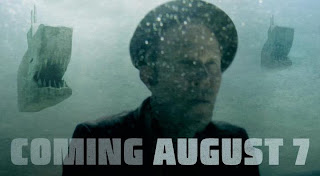 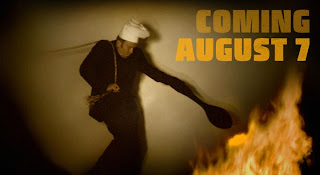 …the rumors abounded.  A new album?  A new tour?

I hoped, with skepticism, for the album.  Most hoped, knowingly in vain, for the tour.

The one rumor that surfaced time and again was a cruise.  A cruise!!!  Rolling Stone Magazine hinted at it, pointing to other recent music-themed cruises as evidence.  Every time I brought up this buzz-building campaign, someone mentioned a cruise.  I hoped not.  But, I conceded, if anyone could make a music cruise cool…Tom Waits could.

The day is here…and the end to the suspense is….

For a song from an album that came out almost a year ago!

Seems like a little bit of an overkill build-up in my book.  But that’s just me.  And I’m not one to question Tom Waits.  To do so would be to engage in an exercise in missing the point.

I was excited to see that it was a video for “Hell Broke Luce”, one of my favorite tracks from Waits’ “Bad As Me” album from last year.  Waits has only in recent years ventured into political/anti-war topics, and he (probably wisely) does it infrequently.  But when he dips his toe in that water, he does it well.  With quite an impact.

When I saw Waits perform at the Fox Theater in St. Louis a few years ago, he brought the audience to their feet three times.  Once upon taking the stage and once upon departing.  The only standing ovation during the show was following a beautiful rendition of his heartbreaking anti-war song, “The Day After Tomorrow”.

“Hell Broke Luce” is a much angrier tune than “The Day After Tomorrow”.  Where “Tomorrow” is longing, plaintive, and sad, “Luce” is pissed off and disillusioned.

While I still maintain that a week and a half lead-up to a video debut seems like a bit much, this does come pretty close to being worth it.  This is a magnificent work of art; powerful and impacting. The graphics, animation, etc., accommodate the song perfectly, illustrating the hell, fury, confusion, absurdity, and horror that is war.

Have a look.  And turn it up LOUD.