Guitarist David Torn Brings His Far-out and Far-in Music on Tour, With a New Album

David Torn plays at the The Jazz Estate

Few guitarists can make their instrument sound larger more or expansive than David Torn. He’s a self-described “guitarist/texturalist” and his deeply resonating tones may remind some of Bill Frisell. But Torn’s been doing this a bit longer and he coaxes his instrument into realms that neither Frisell nor any other plectrist can attain.

Torn’s music sounds far out and far in. Yes, somewhat spacey but also deep inside —  like the sound of your own central nervous system, or your heartbeat, or psyche, or even your soul. Perhaps no other guitarist – Jeff Beck aside —  can conjure such a wealth of sonic wonder, strangeness, intimacy and beauty.

This is Torn’s first national tour in two decades. He’s played on or composed many film soundtracks, including No Country for Old Men, The Big Lebowski, Traffic, The Departed, The Twilight Saga: Breaking Dawn, and  Hans and the Real Girl and played on recordings by John Legend, David Bowie, Madonna, Tori Amos, k.d. lang, Laurie Anderson, Don Cherry and many others. He also produced Jeff, a Grammy-winning album by Jeff Beck.

Torn’s guitar wizardry permeates his new ECM album only sky. A tune like “Spoke with Folks” has a dipsy-do lyricism that recalls Frisell somewhat, but Torn radiates a more gleaming, metallic tone and fractures it into shards of varying textures that seem to surge and mutate from your speakers. 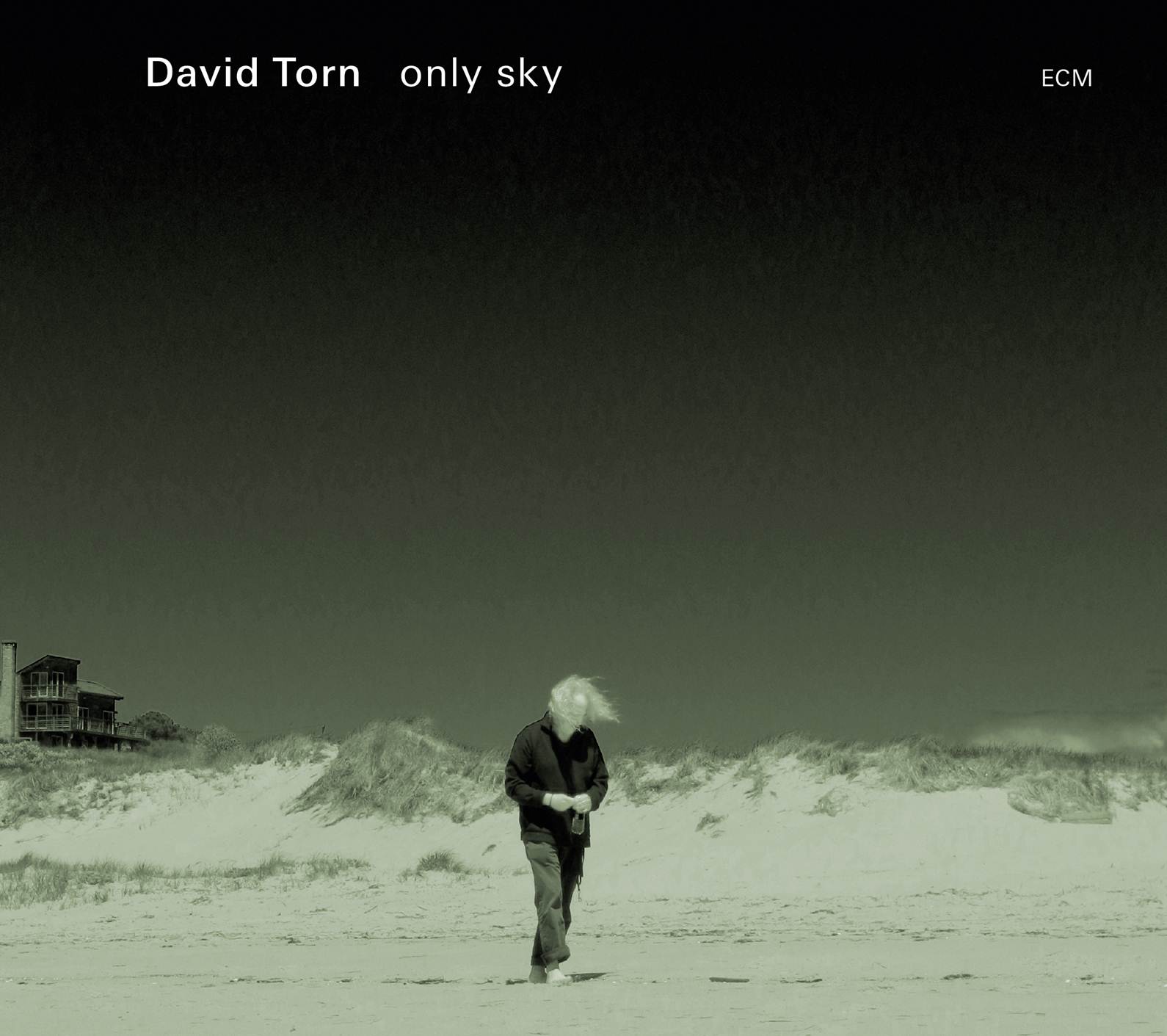 He also unfurls shimmering atmospheric backdrops to his guitar phrasing, which surprises with sonic smears of incalculable character at any given moment. Torn consistently seems to develop and unfold his pieces with a composed, if idiosyncratic, sense of purpose and form, though he sometimes rides a jazzy swagger.

“Was a Cave… There” sounds like a cave that was…opening with echoes of a small tonal explosion, then a sequence of thick, sonic streaks, whirls and echoes that seem to breathe with a shared life force.  Around the three-minute mark, an enchanting circle of sound begins repeating, counterpointed by a more shaker-like texture. Over this, he finally layers spectral swatches of industrial noise.

On the tune “Reaching Barely, Sparely Fraught,” his broad melodic gestures have a slow, stately elegance that may charm even those who prefer mellow acoustic music.

So what are some of his secrets? On only sky he uses guitars, oud, loops, and effects pedals. 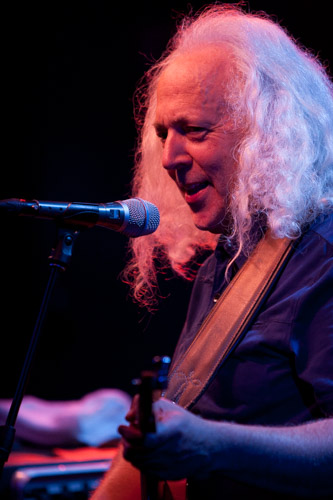 “In some real ways I don’t think of myself as a “real” guitarist,” he says, but rest assured, Torn can do many things that a “real guitarist” cannot, or wouldn’t even imagine.

Torn explains that he “regularly abuses the instruments as an excuse, a conduit for creating music based upon summoning often poly sonic (and, polytonal) atmospheres, textures and all manner of moods. And I’ve discovered a pallet that calls for the regular usage of ‘interrupted devices.’ For example, sampling and/or processing Tim Berne’s alto sax – via my guitars pickups and mics (then heard through my amplifier, mixed with the guitar sounds) — while in the midst of a so-called guitar solo.”

“Or bad electric guitar noise (like a 60-cycle hum, or a crackling cable, or a sliver of semi-chaotic singing bird feedback) might be folded into a repetitive rhythm guitar part, or included as a distinct component clearly compositional intent…”

Torn puts words together a bit like he put sounds together, but his greatest gift is clearly the guitar in his hands. So perhaps it’s best to let his music wash over you, and come away cleansed, yet a bit older and more experienced, in the sense that Jimi Hendrix famously queried about.

This article was originally published in OnMilwaukee.com

Take A Ride With A New Record From Willie Nile