“Okra and Ecclesiates” is going to take you on a walk with this guy Grant Peeples, around in his head. The images that he evokes are paintings turned stories into songs. Talking about the reason he is who he is. Sung with an honest sort of self-realization. Kind of like he is surprising himself as he reveals the songs to us. But don’t be fooled like in the book Kohelet he reads us like the preacher. The first tune cut right to the chase. This is who I am he tells us in  ” My People Come From the Dirt ” the Gurf Morlix production adds a Sling Blade back drop for Grant Peeples to sing from. His voice is held up by the placement of sparse percussion, accordion and guitar throughout. This spread’s like the heart beat to each of the self-penned 12 cuts. Personal and to the point each cut is crafted in his signature swamp-rawk style. “Power lines”, “That kind of Woman” and “It’ll Never be Love Again” pick the whole cd up and carry it to the close. This after “Empty Cup”, “Lethal Injection Blues” and “Last Buffalo Hunt” dive into a third party spyglass of life. Like John Prine, Steve Goodman & Kris Kristoferson . Grant Peeples has something to sing about and I recommend you listen up. 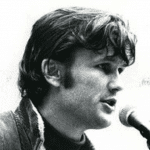 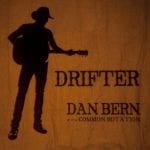