“It’s not an insult to have a past, and to have some accountability to it,” says Grant-Lee Phillips, former frontman of the late and occasionally great Grant Lee Buffalo, and current solo artist. “From time to time I try to access my past, to take inventory of it. You’ll try to write a song and you’ll think, ‘Well, how did I do it before?’ But by the same token, you don’t want to approach it how you approached it before, because you’ve done that. And everything that applied seven years ago doesn’t apply today, necessarily.”

Seven years ago, Grant Lee Buffalo was a Los Angeles-based alt-country-folk-rock trio of great promise. Between 1993 and ’98, they released four albums on Slash/Reprise. They toured with Pearl Jam and R.E.M. (Grant Lee Buffalo’s drummer, Joey Peters, even famously filled in when R.E.M.’s Bill Berry suffered a brain aneurysm on the road in 1995).

One semi-hit single, three shattered friendships and a solo album-and-a-half-later, Grant-Lee Phillips is on his own. His new Zoe Records disc, Mobilize, is his first officially issued solo album (following a web-driven self-release last year), though its comparatively easy birth isn’t something that Phillips, after the rough later years of Grant Lee Buffalo, is used to.

“It’s hard for me to call anything I’ve done since Grant Lee Buffalo an album,” he says. “There just hasn’t been any agony involved. I’ve got all these old memories and habits to replace. That’s the biggest thing for me to get my head around these days, that it feels a little different.”

Mobilize is in neither tone nor texture dramatically different from the best moments of Grant Lee Buffalo. The record’s centerpiece is a title track that addresses, albeit indirectly, the breakup of Phillips’ old band. “It’s a spiritual call to arms which reflected what I was going through at the time with Grant Lee Buffalo,” Phillips says. “I was keenly aware that things were in a state of undoing, and that’s definitely something that I ushered in, so I had to reach within myself and draw upon whatever emotional resources I would need to pick up the pieces, to destroy what I had done in order to move forward.”

Now 38, Phillips grew up in California’s San Joaquin Valley, a vast area of farmland and not much else. He learned magic tricks, taught himself to play the guitar, and escaped to Los Angeles as soon as he could, working at roofing jobs and occasionally attending film school before hooking up with Peters and bassist Paul Kimble. The three played together — along with a rotating cast of characters — in Los Angeles clubs under the name Shiva Burlesque, which put out two albums (a 1987 self-titled release on Nate Starkman & Sons and 1990’s Mercury Blues on Monkey Hill).

Phillips, Peters and Kimble eventually reassembled and rechristened themselves Grant Lee Buffalo. After releasing a live EP (now lost to history) and receiving a boost from Bob Mould, who released one of their early singles on his own Singles Only Label, the trio signed a deal with Warner Brothers subsidiary Slash.

Their first album, Fuzzy, released in 1993, established a template that Phillips, in some form, still follows to this day: Loping, mild-mannered psychedelic Americana with occasional, though never overreaching, forays into social commentary. Laid-back and confident, with an old-timey feel, Grant Lee Buffalo seemed on the verge of breaking through to a broader audience.

“It didn’t take long before expectations arose, and we were guilty for buying into some of the talk that circulated,” Phillips admits. “You know, [label representatives would say], ‘We’re gonna make or break this!’ The stuff we did was such a slow burn, it didn’t mesh well with radio formats that demanded bite-size morsels of pop. But certainly more ever happened with Grant Lee Buffalo than I imagined.”

Looking back on it, Phillips says things weren’t right between the band members even in their early days, though he says he doesn’t know why. He and Kimble, a noted local producer who preferred the studio to the road, had been clashing since the Fuzzy sessions. A punishing touring schedule only increased frictions, and the unique chemistry of a three-piece band only made things worse.

“If we had started off as a ten-piece, we would still be together,” Phillips says. “There’s only so many pieces you can saw off a table and have it still be a table. It’s a unique quality of the trio that it’s always teetering in one direction, but a lot of my favorite groups, like Nirvana, always compensate for being a three-piece by making this dynamic racket that’s often much more intense than groups that contain more members.”

The band’s next record, 1994’s Mighty Joe Moon, was its finest, a wondrous lamentation on love and disaster (centering, in part, on the Los Angeles earthquake that cost Phillips his home). Grant Lee Buffalo found themselves embraced by critics, by bands such as Pearl Jam and R.E.M., and by European fans, who turned the trio into minor Continental celebrities. By everyone, it seems, except radio programmers and the American masses, who remained indifferent.

Meanwhile, the band toured constantly, and fought. Kimble wanted to write more. Phillips wanted more of a say in the studio. Neither side gave any ground. “We were best when we had our corners to go to,” Phillips says. “But I deeply miss the best moments of Grant Lee Buffalo, as my selective memory recalls them.”

Has it taken him a long time to be able to say that?

“I think so. I think that was the first time I’ve said it, actually.”

Grant Lee Buffalo went on to release the tepidly received Copperopolis, after which Kimble left the band. “If the camaraderie feels fractured and the three of you are in a situation where you’re forced to be together…in the end it became too difficult for Paul and I to communicate,” Phillips remembers. “Both of us are very non-confrontational. We began to communicate through our management, silly stuff like that. Some of the same turmoil existed between Joey and I at the end, as well. We had played together for a long time, and depending on how you look at it, that could be a reason to stick together for a lifetime, or reason enough not to.”

Ironically, it was Grant Lee Buffalo’s last gasp, the Kimble-free Jubilee, that yielded the group’s first hit single, the splashy summer pop treasure “Truly Truly”. Most of the more thunderous-sounding Jubilee had been recorded with the assistance of fill-in musicians, Michael Stipe and members of the Wallflowers among them. But to Peters and Phillips, it was something that never felt right. 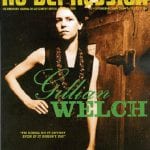