Giving Thanks for Good Writing and Good Music 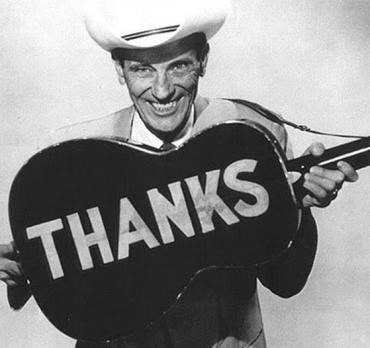 I am already tired of Christmas; I know it started as soon as we turned off the lights on the tree and took down the decorations last Christmas. More and more, I’m weary of hollow slogans that people utter to cheer themselves and to convince others that for a few days or weeks they love the world and others, when what they really love is pushing others aside to get that last toy at a Black Friday sale. Wordsworth’s words, “the world is too much with us, late and soon / Getting and spending, we lay waste our powers,” ring more loudly this time of year, especially in an America whose president values laying waste to the truth, the environment, and human life and who puts getting and spending above truth. Our culture rushes from one holiday to another — we even have “national” days to celebrate mundane features of our lives — “National Cheesecake Day,” “National Donut Day” — so that merchants can encourage getting and spending between the big holidays. Our culture seldom pauses to reflect, which means that we often forget more than we remember.

Tucked into the mad rush between Halloween and Christmas, though, in the blur from one spending season to another, is a day whose name encourages us to think about others and to reflect and remember. If we allow ourselves to embrace it — and truth be told, many of us are rushing to airports or out on highways to travel home, and this rush sometimes robs the day of its meaning — the Thanksgiving season allows us to reflect, to give, to remember, and to express our gratitude for the others who have shaped us and share our lives.

In the madness of the publishing year — there are over 300,000 books published every year, and last year there were over one million self-published books were released to the world, all of them vying for attention — I wanted to take a moment to share my gratitude for many others — people, books, music — that have shaped me and that offered me the opportunity to continue to think deeply about the intersections of life and culture.

I am grateful for musicians and artists whose writing reflects the depth of their engagement with other cultural forms. Many of these have such a way with words that they paint stunningly beautiful portraits of life and love in their songs; they take us into the stories in their songs, offering insights into human conflicts and the power of loss and love as well as any short story or novel. I thank Rosanne Cash, Joni Mitchell, Rodney Crowell, Guy Clark, Townes Van Zandt, Dori Freeman, Amy Ray, Mary Chapin Carpenter, Maggie Roche, Bob Dylan, Beth Nielsen Chapman, Lori McKenna, and Jonathan Byrd, among many others, for illustrating that songs are enduring cultural forms that have the power to transform us and that allow us — at least momentarily — to transcend the muddle of our mundane lives.

I am grateful for those cultural critics whose writing guided me and provided a model for writing for an audience far beyond the narrow confines of the halls of colleges and universities where other critics increasingly did their work. Back in the 1930s and ’40s, and well into the ’60s and ’70s, critics — they sometimes also wrote fiction and poetry — did not have homes in college or universities but shaped their critical prose as public figures in magazines and journals. All to say that these writers had a broader public in mind, not other critics, as their audience. Lionel Trilling, who was one of the first of these critics to move into the “institutional” home of Columbia University, taught me that you could write elegantly about the intersection between society and literature and not simply about the language of the texts themselves. Susan Sontag introduced me to other cultural forms, such as photography and film, and illustrated that the critic’s task involved challenging long-held truths about society.  Elizabeth Hardwick widened my gaze into women’s writing, introducing me to a number of women writers, and also provided a very prescient glimpse at book reviewing.

I thank Paul Williams, the founder of Crawdaddy, from whom I learned that you could write about music in the first place, that there was such a form as rock criticism, and that writing about music could be and should be personal, honest, soul-affecting, heartfelt, and revelatory. I thank Lester Bangs for his irreverence and his get-down-to-it honesty; he showed me that none of the rock gods we worshipped was immune from being toppled from the pantheon. I thank Ellen Willis, who widened my perspectives and whose essays on Dylan taught me that sometimes the most powerful writing occurs when you’re honest enough to offer contrary thoughts and point out mediocrity even when it masquerades as profundity.

I thank a number of writers whose novels and poetry continue to shape me, either because of the form and language of their writing or because of the ways that they offer powerful insights into culture. I thank James Baldwin, Reynolds Price, George Eliot, Doris Betts, Nikos Kazantzakis, Thomas Wolfe, Milan Kundera, W.G. Sebald, Gustave Flaubert, Lee Smith, Alice Walker, and Fyodor Dostoevsky, among others, for continuing to teach me about writing and life.

I thank No Depression for the weekly opportunity to write about music books and music, and I am grateful for readers for whom reading and writing and reflecting on the power of words to shape culture and life remains a powerful and necessary part of their lives.