Getting Amped Up with Big Dave & the Rockabilly Roadhouse

David Gross is a friend and fellow music enthusiast who I also happen to work with. He likes puns and does a great impression of Bill Graham. And, as Big Dave, he also hosts Rockabilly Roadhouse on Santa Rosa, California’s “The Krush” KRSH FM.

Bill Frater: Where and when did you start in radio and what other industry related jobs have you had?

David Gross: During my senior year in high school I took a job at WHPC in Garden City, New York, the radio station at Nassau Community College that was heard throughout Long Island. It had a pretty good signal at 90.3 FM paralleling some of my favorite radio stations at the time; WNEW and WLIR. I was hired by program director Jim Green and general manager Ralph Paul, who happened to be the long time announcer for the Ed Sullivan Show. After a semester there they hired me on full time and I stayed with the station for two more years while attending college, hosting several different radio programs but definitely had a big emphasis on San Francisco rock music. Then I went up to the University of Buffalo to get into media studies; film and video with a bunch of avant-garde filmmakers including Tony Conrad, one of the founders of the Velvet Underground. I moved out to San Francisco in 1980 and interned for a while at KTIM but had a long break from radio after that. I continued to do voiceovers and started working in the music business. Years later I got on board with Lobster’s Funhouse Players, a comedy group on KRQR doing my Bill Graham impersonation on a regular basis until his passing.

After moving up to the North Bay 15 years ago, I joined Wine Country Radio on the marketing side and after a short time started doing a deep oldies show on KTOL called Big Dave’s Rock ‘n’ Roll Time Machine. About a year later I moved over to KRSH and created a whole new program called the Rockabilly Roadhouse, which has been going strong for the past decade. It’s heard weekly on The Krush 95.9, Saturday mornings 9 to 11, Pacific Time. A one-hour edition of the show is now being broadcast on the new XRDS, in Clarksdale, Mississippi, the birthplace of the blues. It airs Saturday nights at 9, Central time. I also produce a show called the Saturday Night Album Trax at 9 p.m. Pacific on KRSH, featuring classic albums primarily from the ’60s and ’70s and focusing on the artists, backstories, and various themes.

The Rockabilly Roadhouse is amped up, high-octane roots music. My show is a funhouse of guitar-driven rock and roll featuring some of the greats like Carl Perkins and Buddy Holly, the Everly Brothers, and artists like Link Wray, Danny Gatton, Roy Buchanan, The Ventures, Los Straitjackets, Wayne Hancock, the Blasters, Screamin’ Jay Hawkins, Gene Vincent, Jeff Beck, Chuck Berry, Roy Orbison, Jerry Lee Lewis, Imelda May, and the late Nick Curran, plus novelty songs, jump blues shouters, and great instrumentals. It covers a lot of ground but has a solid thread running through it. I like to mix it up with rockabilly, of course, such as Wanda Jackson, or her predecessors the Maddox Brothers with Rose. I also play a lot of late ’50s edgy rock and roll, before everything got whitewashed with the pop crooners in the early ’60s, and mixing that up with contemporary artists, new releases, and throwing in some retro flashbacks and a few vintage commercials and TV themes. It comes off like a fresh format and I throw in my over-the-top hijinks and upbeat delivery for big fun.

How do you prepare for your shows?
I start with the seed of an idea … a great guitar riff, or just put on the opening theme music for my show, “The Wild One” by arranger Shorty Rogers from the 1953 Marlon Brando movie. That always stimulates the synapses. Then I’m usually on a roll from there. It’s free form all the way. Of course when one of the greats passes on, I get inspiration and put a special together such as with Don Everly or Chuck Berry.

How much new releases do you play?
I’m always working in new releases all the time, some sets lean heavy on contemporary artists, but oftentimes I’m mixing it up with maybe one third new releases, one third original kingpins, and one third revivalists such as Robert Gordon. I’m far from mainstream, so I’d say a good portion of the programming is from smaller labels mixed in with occasional blockbusters just to shake things up.

What was the first artist that got you into roots music?
The Everly Brothers 45 single “Claudette” that I got in kindergarten from one of the parents who worked with Cadence Records. Doo Wop artists from the late ’50s and one of my all-time favorite albums The Ventures in Space were some pivot points in discovering the wide world of music. Link Wray swearing with his guitar definitely got me going down the path of guitar-driven roots music. After being weaned on old 45s, and novelty songs like “Sixteen Tons,” “Big Bad John,” and “King of the Road” and all the Beatles and AM radio growing up in New York, underground radio started blasting out of the airwaves so I got exposed to all sorts of music: Grateful Dead, Love, Buffalo Springfield, The Band, Big Brother, Country Joe & The Fish, Circus Maximus, CSNY, Moody Blues, the Doors, Cream and Hendrix.

Who are your favorite artists from any genre?
Chuck Berry, The Beatles, and the Grateful Dead were a big influence on me, but there are so many side roads and artists that are just as influential. Carl Perkins and the Everly Brothers are high on my Americana list. One of my personal favorites was the brilliant guitarist Danny Gatton, who transcended any particular genre but could embrace roots music and rockabilly with authority and great dexterity.

How do you define what Americana music is?
The thing about Americana is honesty. Honesty rules and always rises to the top. There’s not a more honest and authentic music than Americana and I always see a place for this format. Maybe more so now than ever.

Where do you see Americana radio, or radio in general, going in the future?
Americana radio and radio in general will blend in as another button on the dial in most cars but the people who came from that terrestrial era will always appreciate community radio. The younger generation maybe not so much as there are so many options out there. In one form or another, curated radio with personalities has its place. But it’s not the only choice anymore. There are too many options out there. Personalized radio and narrowcasting is what’s happening now. But you can only take a random playlist or an album so far, then it’s back to what’s going on and discovering what’s new. That’s where real radio comes in.

What recent albums or artists are you excited about?
I always get a kick out of Los Straitjackets carrying the torch of instrumental guitar-driven rock music, and their new album of Nick Lowe songs called What’s So Funny About Peace, Love and Los Straitjackets is a real hoot. I’m enjoying Gregg Allman’s farewell album Southern Blood too. Lukas Nelson has got that rock star thing going on. His new album is real good and he’s one of the best live performers out there today.

What are your most memorable experiences from working in the music industry?
Working with a group called the Caribbean All Stars doing the Ben & Jerry’s concert in Golden Gate Park with Santana was quite memorable. Managing guitar legend Harvey Mandel and doing tours in Alaska and Hawaii. There was a great benefit concert in association with independent filmmaker Rob Nilsson and my pals at Pacific Rim Media. We put a group together with Harvey Mandel and Gregg Allman with Michael Carabello which I affectionately named Allmandel. Tom Waits and Boz Scaggs came to one of the events for the Tenderloin Action Group. As project manager at Grateful Dead Productions I spearheaded their box set So Many Roads (1965 to 1995).

What projects are you working on next?
I’m currently producing a compilation album as a benefit for the Blue Rose Foundation called The Mouse That Rocked: A Tribute to Stanley Mouse slated for 2018. Psychedelic artist Stanley Mouse painted the face on rock music and this album will feature contemporary artists performing songs by bands featured in Stanley’s iconic artwork from the 60s and 70s. Some artists on the project include Junior Brown, Chuck Leavell, Shawn Sahm with Augie Meyers and Flaco Jimenez, Leftover Salmon, and Charlie Musselwhite.

What are your proudest accomplishments?
Producing my weekly radio show and getting so much great feedback from listeners. Producing some cool albums with Harvey Mandel, producing and hosting a fun cable TV game show in San Francisco called Free Admission: The Rock ‘n’ Roll Trivia Game Show, my work at Grateful Dead Productions and working with the fine folks at Blue Rose Music.

Do you have any other interesting hobbies or interests or anything else you wish to share?
Collecting music and memorabilia, playing drums, percussion, and my trusty theremin. 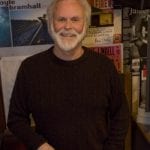 Living the Blues with Bill Bowker 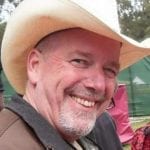 On The Tracks with the Freight Train Boogie