Farewell to the White Stripes

Last week, The White Stripes announced that the band “has officially ended.”  On The White Stripes website, Meg White and Jack White stated that there are many reasons for the split, but it is “mostly to preserve what is beautiful and special about the band and have it stay that way.”  They conclude by thanking fans:

“The White Stripes do not belong to Meg and Jack anymore. The White Stripes belong to you now and you can do with it whatever you want. The beauty of art and music is that it can last forever if people want it to. Thank you for sharing this experience. Your involvement will never be lost on us and we are truly grateful.”

The news may not be too surprising, as Jack White has been working on other projects for several years, including his work as part of the bands The Raconteurs and The Dead Weather.  And, considering that they were married when the band formed in 1997 (although they initially claimed they were brother and sister), and then divorced in 2000, in some ways it is amazing that they worked together for so long.

I have a few albums by The White Stripes, and it always impressed me how they got such big sound with just two people.  One of my favorites, though, is one of their quieter songs featuring Jack White’s voice over piano, “I’m Lonely (But I Ain’t that Lonely Yet)” off their Get Behind Me Satan CD.

I also like Jack White’s work outside the band.  So I hope the news of The White Stripes’s demise means he will spend more time on work like he did with Loretta Lynn for her album Van Lear Rose (2004).  Below is their duet of the song, “Portland, Oregon.”  The song is about a one-night stand.

Jack White’s guitar adds a lot to the song, and the rock band sound contrasted with Lynn’s country voice created a modern classic.  The long instrumental build-up to Lynn’s voice is perfect.  In the video, White and Lynn do not seem to know how to look at each other.  I assume if they were closer in age, they would have been gazing lustfully at each other like lovers while they sang.  Instead, they look like a couple of friends — or mother and son — singing about a one-night stand.

The song won “Best Country Collaboration with Vocals” at the Grammys, but is it country?   I do not know.  I just like it.

Another version of this post appeared on my Chimesfreedom Blog: 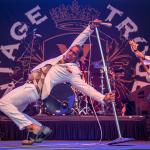 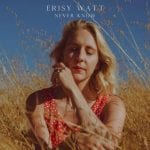