Escovedo Interprets His Songbook With Combo

Some nights there are unexpected surprises.  Alejandro Escovedo changed the show at Music Box Supper Club from being backed by The Sensitive Boys to a combo consisting of longtime associates lead guitarist Bill Masters and cello maestro Brian Standefer.  Added to the mix were Daniel Durham on upright bass and Scott Laningham on drums from one of Austin’s most well respective outfits called Church on Mondays.

Strutting to the stage with his acoustic guitar, Escovedo launched right into a portion of his biography talking about first coming to Austin and how change has taken away the memories of the town he once loved before opening with “Bottom of the World”.  Next was another song he co-wrote with Chuck Phrophet called “Sally Was a Cop” followed by “Five Hearts Breaking”.  A song usually found in his set telling the story of a young boy piled into the family’s sedan for California leaving everything behind was the beautiful “San Antonio Rain”.  Escovedo offered up “Deerhead on the Wall” before dedicating “Sensitive Boys” to the Cleveland faithful who saw Rank And File back in the ‘80’s.  A song about unconditional love dedicated to his son, whom the one thing they have in common is a love for The Ramones,  was the touching “Down in the Bowery”.  Escovedo changed it up playing two electric songs “Can’t Make Me Run” and a disappointing revved up version of “I Was Drunk” that didn’t pack the emotional edge.  Without missing a beat, Escovedo transitioned back to the acoustic with “Way It Goes” followed by “Always A Friend” which brought a portion of the audience out of their seats to dance and clap along.  For the encore, Escovedo was accompanied by Standefer to duet on the Mott The Hoople classic “I Wish I Was Your Mother” that brought down the house.  The rest of the band came back to close things out with “Castanets” and take their final bows.

Opening the evening was Akron’s own Shivering Timbers, who I featured in No Depression back in February of this year.  The husband and wife team of Sarah Benn (upright bass) and Jayson Benn (electric guitar) was accompanied by Daniel Kshywonis (drums) and Alex Hoyt (keyboards) with a wonderful six song selection featuring “D.H. Lawrence”, the Neil Diamond classic “Holly Holy”, “Without Someone”, and “Good Generations”.  Sarah’s gorgeous vocals coupled with Jayson’s cosmic guitar playing really shined during “Wayfaring Stranger” bleeding into “Evening Prayer” that showed the progression the band has taken each time I’ve had the pleasure of seeing them.  Look for big things to come next year with a new release and tour which should place the band in a most deserving national spotlight. 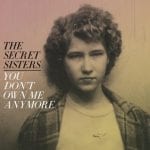