It’s that time of the season again. Baseball and flowers blooming, fresh cut lawns and morning dew, new albums being released and music festival travel plans being made. Here in the beautiful Lower Hudson Valley it’s an eighty degree day and instead of cruising along the highway taking in the sights and new sounds, I’ve been struggling all day with a C-G-D-G-B-E tuning and a capo at the third fret while teaching myself some Hawaiian slack key. Somehow though it’s morphed into Richard Thompson’s ‘1952 Vincent Black Lightening’. So it’s time to take a break and share some new music that’s caught my fancy. I try to keep each song under three minutes….fat chance of that today.

Willie Nelson: An album of all-new recordings, God’s Problem Child adds 13 new songs to the artist’s repertoire, including seven recently written by Willie and Buddy Cannon, his longtime collaborator and producer. The album is Willie’s first to debut all-new songs since Band of Brothers in 2014. “He Won’t Ever Be Gone’ is a tribute to Merle Haggard.

Bonnie Prince Billy AKA Will Oldham: A longtime fan of the “Okie From Muskogee” Hall of Famer. Best Troubadour is the culmination of that decades-long love affair with Haggard’s music, featuring 16 tracks from various stages of Haggard’s lengthy career. Oldham recorded the songs in his home with the Bonafide United Musicians. (Rolling Stone Country)

Molly Tuttle: She’s going to be huge. Originally from the Northern California bluegrass scene and playing in The Tuttle Family with AJ Lee band, she graduated Berklee College of Music and moved herself down to Nashville. With a beautiful voice and her lightning speed flat picking style, she can pick more notes than the number of ants on a Tennessee ant hill. And she’s all over the place….touring with The Goodbye Girls, doing a duet with Front Country’s Melody Walker and getting ready for her own release in June. Here’s ‘Bigger Than This’….Molly on the left, Melody on the right…a great song from two outstanding talents.

Amelia Curran: A total shift of gears. One of my favorite singer-songwriters, Watershed is her eighth album in the past 17 years. An album with a specific theme, it  ‘variously addresses her frustration with the established operating model of the music industry, with the systemic disadvantage at which that “intimidating and icky” model still places female artists and, by extension, with what the persistent sexism inherent in that model says about 21st-century human society’s treatment of women in general. Further simmering discontent arises from the added frustration Curran has come over the past few years since taking on the role of an activist fighting for better institutional treatment of and better attitudes towards the many fellow Newfoundlanders (and Canadians at large) living with mental illness.’ (thestar.com)

Aimee Mann: There is a thread to Curran’s themes, as Mann is ‘rightfully pissed that she’s nevertheless pigeonholed as a dreary fabricator of slow, sad-sack songs. So she’s answered her critics with her slowest, sad-sack-iest album yet, one populated by ordinary people struggling against operatic levels of existential pain at odds with their humdrum lives. Mental Illness is accordingly made of skeletal strings, coolly regulated commentary, and minimal drums. Juxtaposing elegant chamber folk against the discord of lives out of balance, it’s musically more delicate than even her soft rock models. (Pitchfork)

Peter Bradley Adams: I’m sure he hates it when people like me note in their first sentence that he was one-half of one of my favorite one-album duos, Eastmountainsouth, back in 2003. But I still listen to that album and I’ve been following him ever since, especially enjoying some recent collaboration with Caitlan Canty on a project called Down Like Silver. ‘On my previous albums, I had more of an array of players on the record and this one is kind of more my core group of people that I’ve been playing with and touring with. It’s a little bit more contained, which I think is a good thing. I’m always writing songs so there are a lot that get tossed aside and… these are the ones that I thought needed to be on it.’ (Fairfax Times)

Pieta Brown: I’ve spent years listening to and writing about Iowa City-based Pieta Brown. ‘Postcards features a number of Brown’s musical friends, including Calexico, Bon Iver, Mark Knopfler and the Pines. She compiled the album by writing simple acoustic demos of what would become the album’s songs, sending them to the musicians that make up Postcards‘ roster of guests, and having those artists finish the tracks. Brown and her collaborators never worked in the same room, which lent the album its distance-implying title.’ (American Songwriter)

Marty Stuart: I’ll admit not to loving every single track on this new album of his that’s just getting a ton of press. Marty has been around so long and has done so many amazing performances that it’s hard for me to buy into the hype. Nevertheless, this video from the Colbert show shows that he and his band rocks damn hard and I like it. Eighteenth studio album….Way Out West.

Well that’s all she wrote….I’ll leave you humming along to Koko the Clown’s version of ‘St. James Infirmary Blues’ and we’ll see you next season for more of my Picks to Click.

This was originally published at my website, The Real Easy Ed: Roots Music and Random Thoughts. I invite you to follow my Facebook page of the same name where I do a daily aggregation of new roots music news and unique videos. 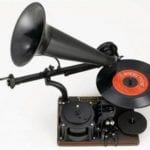 A Lazy Man’s Guide to My Favorite Albums of 2014