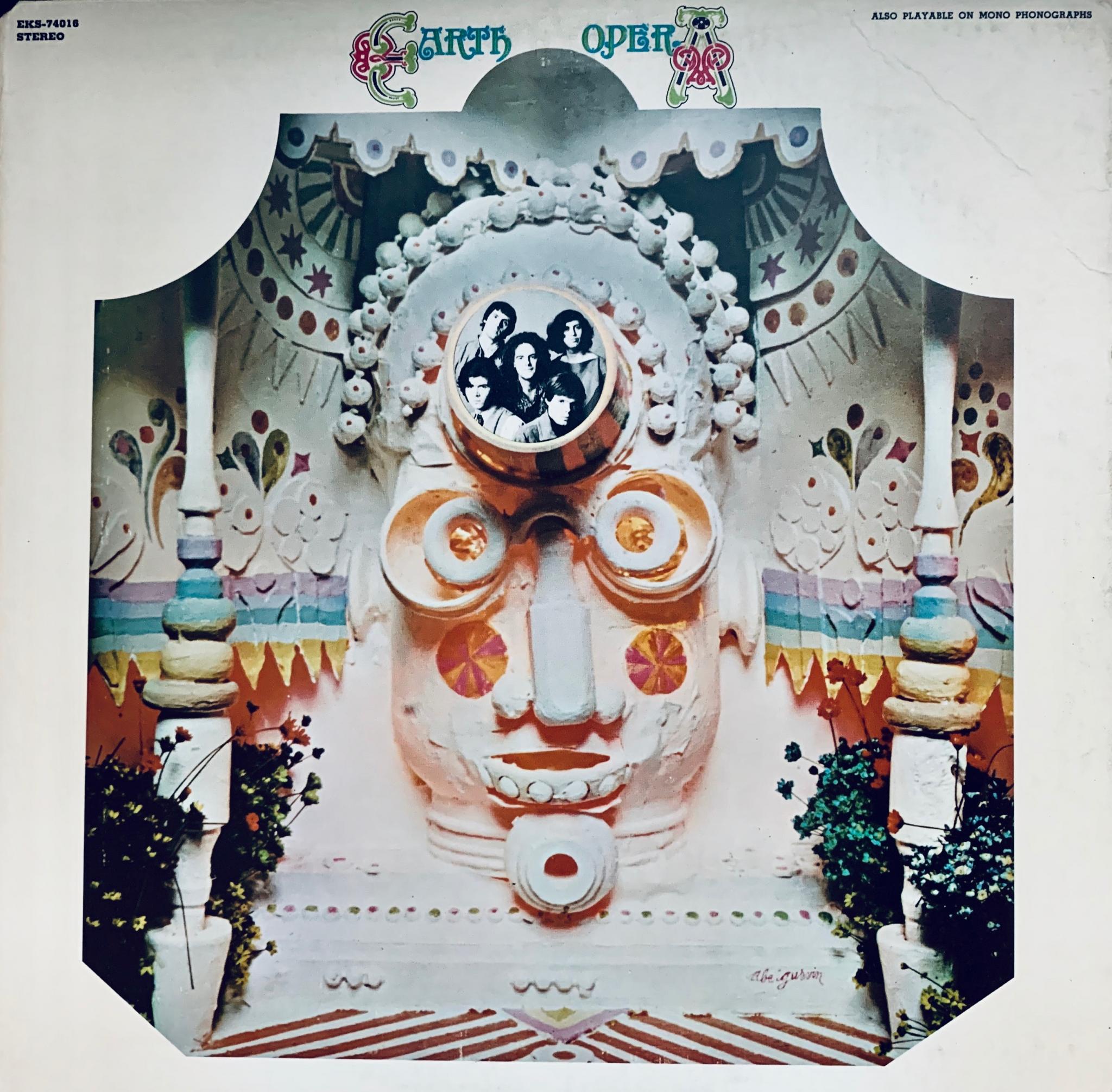 After the British Invasion led by The Beatles brought forth hundreds of new English bands, American record labels began aggressively looking for homegrown talent in the mid-1960s. Fanning out across the country as if it were a military operation, they looked at geographic pockets where club scenes developed that would support a thriving music scene from which to draw talent and fans. For example, I grew up in Philadelphia, and not too long after the 1967 Monterey Pop festival took place, local bands such as Woody’s Truck Stop, Mandrake Memorial, Sweet Stavin’ Chain, Edison Electric Band, American Dream, High Treason, and Nazz were signed up and had albums on the shelves.

Up north in Boston there was a similar situation, but with a twist. A producer named Alan Lorber came up with a marketing strategy for MGM Records that put the groups under the umbrella term of the “Bosstown Sound” as a counterpoint to the wave of albums branded as the “San Francisco Sound.” Some of the more well-known Boston-based groups included Ultimate Spinach, Beacon Street Union, Orpheus, Eden’s Children, and one that sounded so very different than the rest: Earth Opera.

Peter Rowan was born in 1942 and learned to play guitar at an early age. In 1956 he had a rockabilly band called The Cupids, and eventually switched over to acoustic guitar after hanging around the Boston blues and folk scene. Eventually he fell in love with bluegrass, and through his friend banjoist Bill Keith found himself in Nashville auditioning for Bill Monroe’s band. He recorded 14 tracks with Monroe in October 1966 as a guitarist and vocalist, and together they co-wrote “Walls of Time” which has become a country classic covered by many.

A year later Rowan left Monroe’s band and was back in Boston with a whole bunch of songs that he had written that were anything but bluegrass, more in keeping with the more experimental music of the time period. Reaching out to mandolinist David Grisman, who had played in the Even Dozen Jug Band with John Sebastian and Maria Muldaur when he was attending classes at NYU, they soon connected with Peter Siegel, a mutual friend who was a producer for Elektra Records. Getting them an audition with label head Jac Holzman led to a signing in early 1967, and they returned home to put together a full band.

They added John Nagy on bass and Bill Stevenson, who filled out their sound with piano, organ, harpsichord, and vibes, which outside of a studio was not a common instrument for a rock band. After playing some local gigs, the still nameless group traveled to New York in October to record an album, utilizing Billy Mundi (a session player and member of Frank Zappa’s Mothers of Invention) and Warren Smith on percussion before adding jazz influenced Paul Dillon as their full-time drummer. Earth Opera released in April 1968, and Billboard magazine noted that the songs “soar in lyrical content, more so than others” and added it “should take off in short order.” It never charted, but the group performed at clubs often with their labelmates The Doors, and they ended the year opening for Michael Bloomfield, Al Kooper, and friends’ Super Session at the Fillmore East for two nights in December.

“The Red Sox Are Winning” was the first song on side one of the album and probably the best known, at least in Boston. As you can hear, there are multiple layers of instrumentation and sounds that blend elements of folk, jazz, and chamber orchestra textures to create a very distinctive sound. In the summer of 1968, Paul Williams, who founded Crawdaddy! magazine published an article titled “The Way We Are Today: Earth Opera and Joni Mitchell” that contrasted, in what must have been a crazy drug-fueled night at his typewriter, the debut releases of each. What he writes is long and dense, but here’s just a brief observation:

“Joni Mitchell (Reprise 6293) and Earth Opera (Elektra 74016) are recently released record albums, and it may be important that they are extremely textured, soft and rich albeit specific and even abrasive at places (last cuts on the first sides), comfortable. They fill the air — you can relax and bury your face in what they have to sing. They don’t bring up other problems; they are self-contained, and indeed obscure other matters, smoothing them over in your mind, consciously directing you toward concerns of their own. Earth Opera/Joni Mitchell are an aspect of experience, as well as the product of same; what we are today and soon is shaped by what we hear of them. And we are you and me.”

Despite the lack of chart success the first time around, a second album was released in 1969 titled The Great American Eagle Tragedy. Discogs tags it as both psychedelic and country rock, and much of the lyrical content delivers a strong anti-Vietnam War message. The cover has the US presidential seal with a superimposed death skull and what looks like blood stains. The album made it on the Billboard Top 200 chart, reaching #181, surrounded by Porter Wagoner, the Incredible String Band, and Pacific Gas and Electric. The single “Home to You” also got a Top 60 Pop Spotlight. “Their current album is making a big radio dent and this potent blues rock item has it to put them into a singles disk race and fast. Could go all the way.” It didn’t.

The pedal steel on this song is played by Bill Keith, and throughout the album Velvet Underground’s John Cale contributed viola. While the single didn’t bring them any success, the lyrically powerful, over-ten-minutes-long anti-war song “The American Eagle Tragedy” received a lot of airplay on the FM underground radio format. I’m not going to post it in the column because of its length, but if you’d like to check it out, here’s a YouTube link. The band split up soon after.

Peter Rowan quickly hooked up with an old friend, fiddle player Richard Greene, for Seatrain’s second, self-titled album and then The Marblehead Messenger, both produced by George Martin. The two left in the early 1970s to form Muleskinner with Bill Keith, Clarence White — the former guitarist for both the Kentucky Colonels and The Byrds — bassist John Kahn, and drummer John Guerin, another ex-Byrd. Rowan also worked with his two brothers, putting out three albums. And after Muleskinner he formed Old & In the Way with Greene, Kahn, and Jerry Garcia.

Grisman, who had played the mandolin on the Grateful Dead’s American Beauty album, also was added to the Old & In the Way lineup and Greene left, to be replaced with Vassar Clements. When the band ended, Grisman began recording both solo and group albums with a variety of players, and his friendship and collaboration with Garcia lasted for decades, until the latter’s passing.

While much of Earth Opera’s sound was more progressive and often sounded like chamber music, I put them squarely in that pre-Americana time period where so many bands were bringing together diverse traditional roots music backgrounds and creating and experimenting with new ways of expression. Both of Earth Opera’s albums were reissued on CD in 2003, and are available on streaming sites.